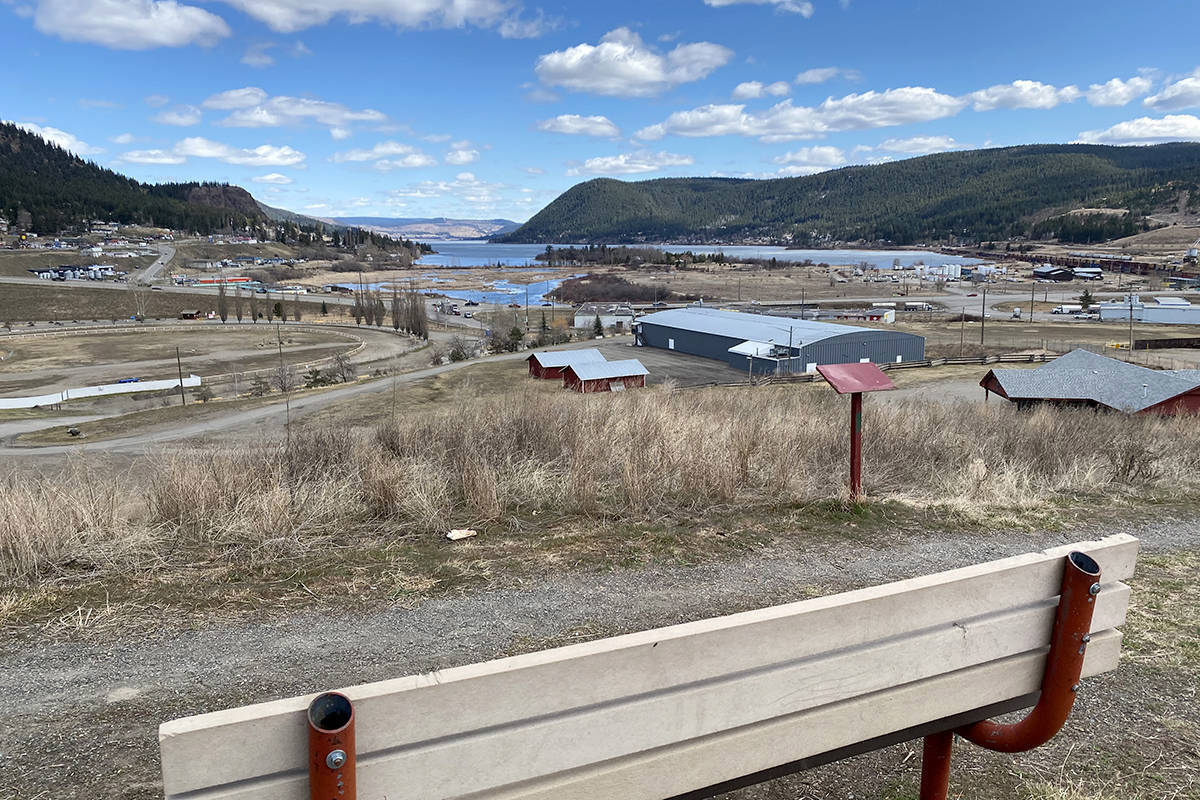 Mounting tensions between the City of Williams Lake and Williams Lake Indian Band (WLIB) came to a head publicly this week after a city councillor and the mayor aired frustrations during an online Zoom meeting Tuesday, May, 5.

“Over the last six months to a year things have got extraordinarily bizarre and quite frustrating to the point that one has to step back and ask themselves what is going on?” Scott Nelson said during the meeting, referring to working with the WLIB, the nearest First Nations community to the city.

In recent years the two local governments have appeared to work well together.

That relationship, however, has shown strain in recent weeks, and seems to have since been exacerbated over WLIB’s public announcement to build a farm to gate craft cannabis operation within city limits on WLIB reserve lands, followed by the WLIB issuing a pollution abatement order against Williams Lake while the City was in a state of local emergency due to flooding in the river valley.

“This huge flood that just occurred here in the last couple of weeks in Williams Lake, I got to tell you not a lot gets me riled up, but when I saw the pollution abatement order come down, I honestly, honestly, thought it was fake news,” Nelson said.

He said he read the abatement order three times before he realized it was not the City that WLIB was after, but rather the province and the ministry, which Nelson seemed to take great exception to.

Nelson also alleged the band issued the order so it could get kickbacks by hiring its own contractor to work on re-mediating flood damage in the river valley.

“It is offensive and libellous to suggest, as Councillor Nelson did, that the WLIB Pollution Abatement Order was issued as a ploy to obtain “kickbacks” from a contractor,” Sellars said in a statement. “Aside from the fact WLIB has established aboriginal rights in the river valley, it also has a reserve at the mouth of the Fraser through which the City’s sewer line runs. Those reserve lands are currently being contaminated by the City’s compromised sewer system.”

His community, Sugar Cane, was also under a state of local emergency due to flooding which impacted sewer and water infrastructure and roads, as well as responding to the COVID-19 pandemic.

Sellars alleged at the time of the band issuing the pollution abatement order the City had not developed a proper sampling program, it had not retained qualified environmental professionals and it had no strategy for accessing or assessing the WLIB lands that are being polluted.

“Since the pollution abatement order has been issued, we have made progress on all those issues, although there is still a huge amount of work that will need to be done to resolve the problem and properly understand potential impacts,” he added.

Nelson also said during the meeting that the City “moved mountains” to support infrastructure costs for WLIB’s Indigenous Bloom retail cannabis shop, which opened a year ago on Mackenzie Avenue South, and supported it going forward.

“We made it happen because we knew it was the right thing to do, to assist our neighbours and help create good jobs,” Nelson said.

Nelson pointed out the City’s community plan indicates that all cannabis cultivation businesses are zoned in the industrial area on Mackenzie Avenue North and that any plans to change that direction requires community consultation.

Cobb also took objection to an article in the Tribune quoting Chief Sellars saying the City did not understand the principles of reconciliation.

“Reconciliation is a two-way street like relationship building and trust,” Cobb said. “Trust is not built on demands. Trust is earned.”

Cobb said he had a discussion with Chief Willie Sellars on Sunday and advised him of the City’s concerns.

“The response was ‘it’s Indian Reserve land; and they are ‘going ahead with the project regardless.’ He also said to me that Williams Lake is known as a racist community and he was working hard to dispel that but the stance we were taking on this project would not be helpful.”

Cobb said he was ‘sorry, but, this has never been a race issue.’

“The City has bylaws and regulations in place that we are required to have by the province.”

Coun. Marnie Brenner said during the meeting she is 100 per cent in support of the project, but it is a new project and part of doing things correctly includes consultation.

“As a First Nations woman working in the region we’ve learned when you are engaging, not to do to us, but do with us.”

Brenner said it is only fair and out of respect that Williams Lake residents be given the opportunity to be consulted.

Sellars said the proposed cultivation facility on WLIB IR#6 near Scout Island, is on reserve lands governed by WLIB under its land code.

“The City of Williams Lake has no authority to govern land use or development processes on those lands. Water and sewer services are provided by the City of Williams Lake in exchange for a right-of–way for the City’s sewer line through WLIB’s Indian Reserve #4. That agreement was concluded in 1994, and binds the City for 60 years from the date of execution.”

Sellars noted despite the fact the City has no standing to determine if, or how, WLIB lands are developed, in an effort to be collaborative WLIB representatives have met with the City repeatedly over the last five months to discuss the cannabis cultivation project.

“WLIB council met with City of Williams Lake council in December and the project was discussed at length,” Sellars said, noting a subset of both councils, along with technical staff, met again a week later to further discuss the project.

Sellars said WLIB staff have repeatedly engaged with City staff during the design process and were advised by the City that there was no need for further engagement.

“Only when our design was complete did we discover that the City has some form of demand in relation to our lands. Up to today (Wednesday, May 6), though, the City has not communicated anything in writing to WLIB about what it actually expects from WLIB.”

In the meeting, Nelson also alleged WLIB was holding up projects within the city, including the multi-million dollar redevelopment of Boitanio Mall due to archaelogical issues, however, Sellars said the mall site is governed by the provincial Heritage Conservation Act and managed by the provincial archaelogy branch.

A meeting is scheduled for the two parties to meet next week, Sellars said.

As of pres time, a meeting was scheduled for the two parties to meet and discuss the WLIB cannabis cultivation project.

The meeting was to take place in the Elizabeth Grouse Gymnasium located at Sugar Cane and beginning at 6 p.m.