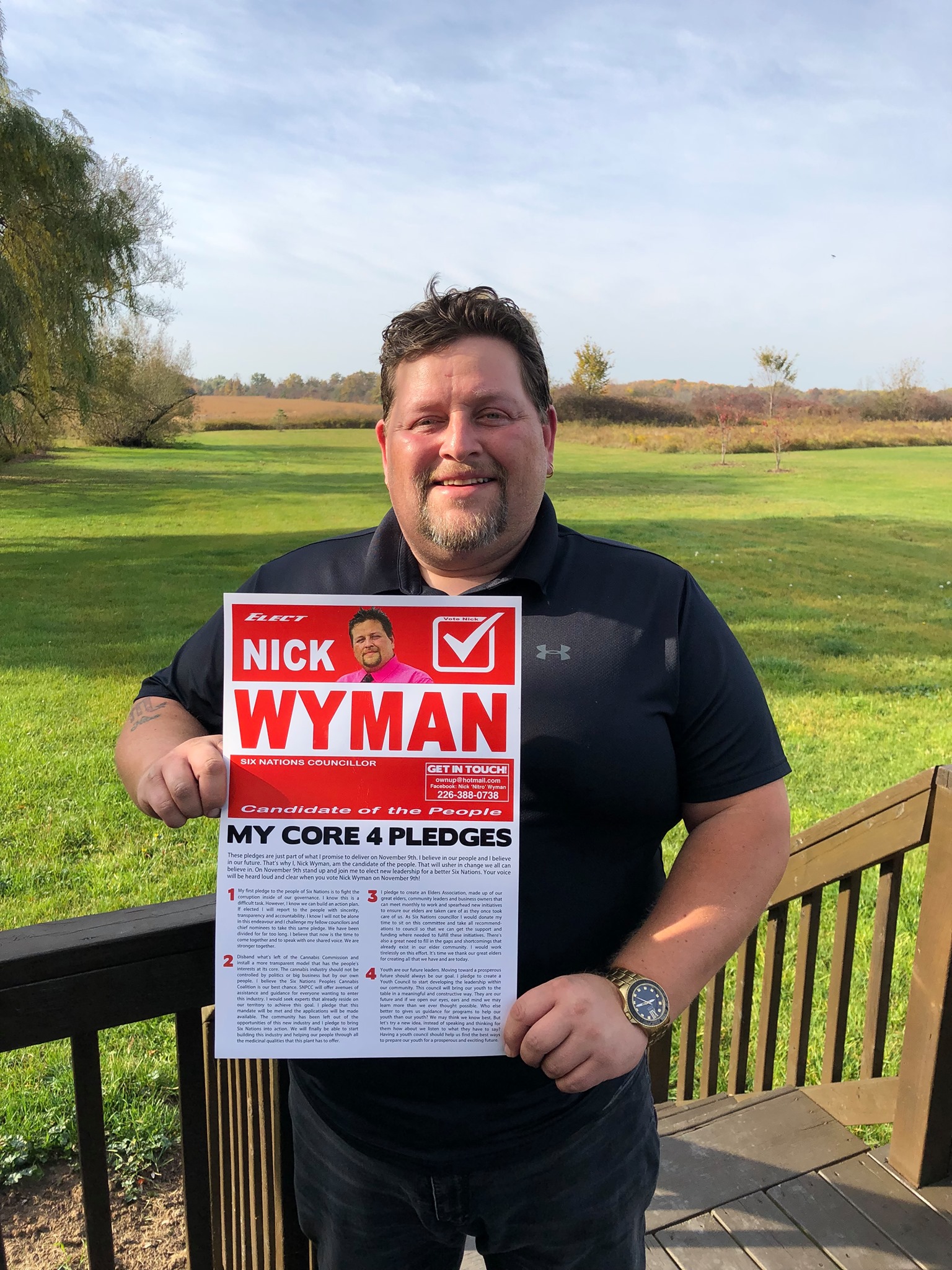 SIX NATIONS – The 58th election for the Six Nations elected council is occurring on Saturday Nov 9th, and the question of how cannabis should be regulated is emerging as a key election issue on the territory.

In the first video, Wyman explains that he has long been a cannabis advocate and supports the use of cannabis for its varied medicinal benefits. Wyman used cannabis oil to treat his father’s illness and believes strongly that Six Nations people should have the right to freely use and benefit from the cannabis plant.

In the video, Wyman also expresses his support for the Six Nations People’s Cannabis Coalition, a “grassroots initiative created by the People of Six Nations to regulate the production and sale of cannabis” on their territory.

In another video, Wyman raises his opposition to the brutal beating of several Six Nations men in a recent Police raid on a local cannabis dispensary.

Wyman was a member of the Six Nations Cannabis Commission that was established by Elected Council but was removed from the commission because Council disagreed with the commission’s decision to provide regulatory support to a local Six Nations grower.