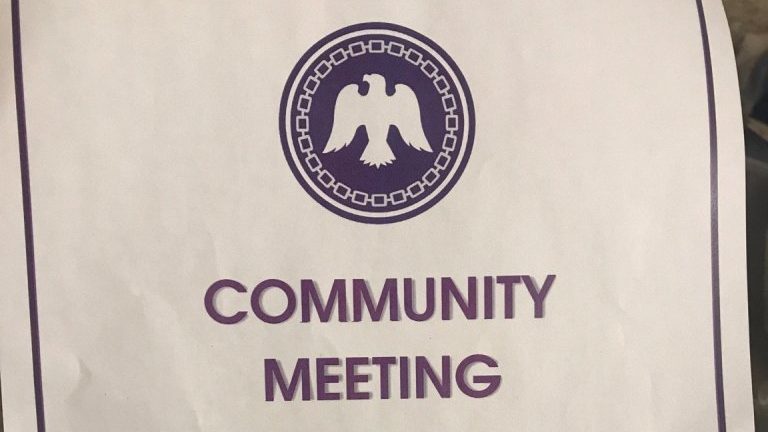 The MBQ’s proposed “Cannabis Control Act” is an attempt to disrupt the
Mohawk cannabis industry in Tyendinaga and to put it under the control and jurisdiction of Health Canada, the Province, and the Indian Act.

The following is analysis of why the MBQ has no right to create or enforce such a law on Mohawk land.

The Indian Act is openly recognized as racist and genocidal legislation. The Indian Act was created in 1876 by the new Canadian government for the express purpose of eliminating “Indians” and their special nation-to-nation and treaty relationship to the British Crown.

According to Prime Minister John A. Macdonald, “The great aim of our legislation has been to do away with the tribal system and assimilate the Indian people in all respects with the other inhabitants of the Dominion as speedily as they are fit to change.” The Mohawks of the Bay of Quinte (MBQ) is a Canadian corporate entity created through the Indian Act in order to dispossess and assimilate the Mohawk people of Tyendinaga. It operates in opposition to the traditions and customs of the Mohawk people.

The creation and continued existence of the MBQ under the Indian Act is a violation of the Mohawk Nation’s relationship with the British Crown. The MBQ “Cannabis Control Law” claims that the MBQ has “consistently and historically exercised ultimate and exclusive jurisdiction over the lands that they presently govern.” This is untrue. The Indian Act was initially accepted by a small group of Mohawk dissidents, against the will the majority of the people. The Indian Act Band Council (MBQ) attempts to exert their jurisdiction over the Mohawk people  and their lands has long been opposed.

The formal Mohawk relationship with the British Crown predates the visit of the four “Mohawk Kings” to  London in 1710 and is a nation-to-nation relationship defined by trade and military relations governed by the Two Row Wampum and the Silver Covenant Chain. It was through this relationship that the British entered the territory that is now known as Canada.

The terms by which the Mohawks occupy the north shore of Lake Ontario in relation to the Crown are spelled out in the Simcoe Deed of 1793. This document – which has the legal force of a treaty in Canadian law – states that this land (the Mohawk Tract) belongs to “the Chiefs, Warriors, Women and People of the said Six Nations.”

The land is “for the sole use and behoof of them and their Heirs for ever freely and clearly of and from all manner of Rents, Fines or Services whatsoever.” The “full and entire possession, Use benefit and advantage of the said District or Territory of Land [is] to be held and enjoyed by them in the most free and ample manner and according to the several Customs and usages by them the said Chiefs, Warriors and People of the Six Nations.”

The Simcoe Deed guarantees that Tyendinaga Mohawk Territory will forever be Indian land, clearly reading that “It is Our Royal Will and Pleasure that no Transfer, Alienation, Conveyance, Sale, Gift, Exchange, Lease, Property, or Possession shall at any time be had, made, or given of the said District or Territory of any part or parcel thereof by and of the said Chiefs, Warriors, Women and people of the said Six Nation or Body of People.”

The reference to the “Chiefs, Warriors, Women and People” refers to the various different councils under the decision making system of the Kayenereko:wa – the Great Peace – needing to come to agreement in any changing of the status of this agreement between the Mohawks of Tyendinaga and the British Crown.

Those councils and the decision making system of the Kayenereko:wa have continued to exist to this day, and the Mohawk people have never surrendered their land or their jurisdiction over it.

For the MBQ to claim in Section 2.0 of its proposed “Cannabis Control Act” that it, as an Indian Act Band Council and creature of the Federal Government, is a “First Nation” and that it exists as “part of the Mohawk Nation and the Haudenosaunee Confederacy” and that thereby it has “the existing and inherent right of self-determination, which includes the inherent jurisdiction over their lands, people and territory” is a blatant falsehood and an act of economic and political appropriation.

Nor does the MBQ have rights under Section 35 of the Canadian Constitution. Section 35 rights belong to Indians, and the MBQ is supposed to be an administrative arm of the Federal government responsible for discharging the Crown’s responsibilities to Indians. The MBQ has no rights under UNDRIP, and was never a party to any treaty made by the Mohawk or Haudenosaunee people. Of note is the fact that the Canadian government has no legal definition of the term “First Nation” despite using it often. The MBQ uses the absence of a legal definition of the term First Nation to portray itself as something it isn’t and to claim national rights for itself.

The MBQ claims a right to leadership and moral authority that it does not have. According to Mohawk custom and convention the people do not vote in Canadian elections – including Band Council elections – but use the family-based consensus decision making system of the Kayenereko:wa to make decisions. The fact that MBQ representatives are selected in “free and fair elections” just means that the few Mohawks that voted for them submitted to the Indian Act and have alienated themselves from the culture and decision making systems of the mainstream of Mohawk society. The claim that Section 81 of the Indian Act (a means by which the Federal government gave its Band Councils the power to create municipal-like bylaws as long as they are not inconsistent with its wishes) overrules the Canadian Cannabis Act, or the Simcoe Deed, or the protection of Aboriginal Rights in the Canadian Constitution is incorrect.

The MBQ claims a community consensus that does not exist. At previous community meetings the MBQ claimed that it was passing “interim” legislation designed to prevent Provincial government interference in the Tyendinaga cannabis industry. The people gathered at these meetings never gave any rights or ceded any authority to the MBQ to make decisions on their behalf, and they made clear that it would be the people who would develop any such regulation of the cannabis industry, not the MBQ.