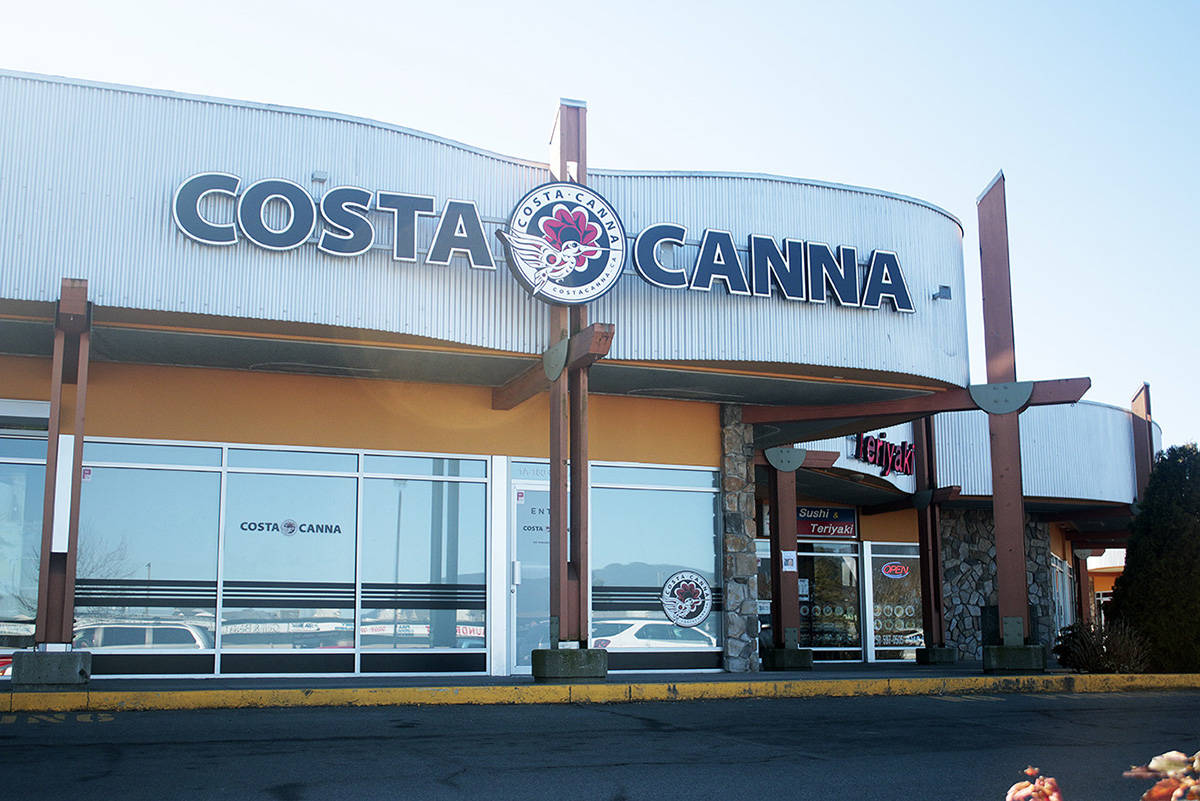 A partnership led by Cowichan Tribes is planning to open the first legal cannabis store in the Cowichan Valley next month.

Costa Canna is a retail model that Cowichan Tribes hopes to expand beyond the region to the rest of Vancouver Island, British Columbia and Canada. But the first outlet will be located in the Duncan Mall, in the spot formerly occupied by Menchie’s Frozen Yogurt, with an expected opening date of April 15.

“When we got word that this was coming to fruition, that cannabis was gonna be legal in Canada, we started working on what type of cannabis operation that we wanted to get involved in,” Cowichan Tribes land manager Jodee Dyck explained. “We had many different people and companies come and meet with us to talk about partnerships. The partners that we have today are from the Cowichan Valley and have grown up with the community. They have the same community values that Cowichan Tribes has.”

Because of their standing as a First Nation, Cowichan Tribes had the option of creating their own cannabis regulations in order to open a store — something that has been done by other First Nations, including the Kwaw-Kwaw-Apilt near Chilliwack — but they chose to work within the framework set by the provincial government.

“We want to work through their processes as best we can, whereby we’re enhancing our community rather than diminishing it,” Costa Canna president Phil Floucault related. “So our biggest mainstay is health and wellness, as well as knowledge transfer. At all stops in our business, we want to be able to transfer knowledge of this product and how it can help people; how it can change lives.”

A focus on health and wellness was vital to Cowichan Tribes’ involvement in the partnership, Dyck pointed out.

“The model that we set our retail store in is more of a health and wellness model whereby it’s not just come in and buy your cannabis and away you go,” she said. “There’s an interactive centre that will allow you to look up ailments and be able to go through and understand how cannabis can help you medicinally.”

Chief William (Chip) Seymour acknowledged that there were concerns about how legalization of cannabis would effect Cowichan Tribes, which encouraged them to move in the health-oriented direction.

“We haven’t set anything up with Vancouver Island Health Authority, but we will, to have counsellors available for anybody coming into our store.”

“We’re in a unique partenership with this group. When we met to talk about this, they came up with this name for this company and the idea behind following the provincial regulations to ensure that we are able to expand, and that’s where we’re going. We’re not calling it a franchise, we’re calling it partnerships with other communities.”

“We’re looking at hopefully all Cowichan Tribes will be working here. The revenue that’s generated, we’re hoping that we can build homes. We have overcrowding issues. We have over 600 people on the waiting list for homes. It’s always been a struggle. I’ve been working with Cowichan Tribes since 1980 and housing has always been an issue, so I’m hoping that monies generated will be able to start doing things with our homes.”

The first retail store will be located on Cowichan Tribes land, in a building largely owned by Cowichan Tribes, but they won’t be limited to reserve land.

“We’ve been working on a business case that will allow us to not only operate on-reserve,” Dyck said. “We are looking at moving off-reserve; we actually have an offer to lease off-reserve right now and we’re hoping that our second store will be able to be up and running in the next few months.

Costa Canna won’t be limited to retail sales, either. They are hoping to grow cannabis as well and distribute products domestically and globally.

“We’re very excited,” Dyck said. “This is a very exciting time for Cowichan and a lot of hard work has come into this from our staff and our council and our partners, and we’re very proud of where we are today.”