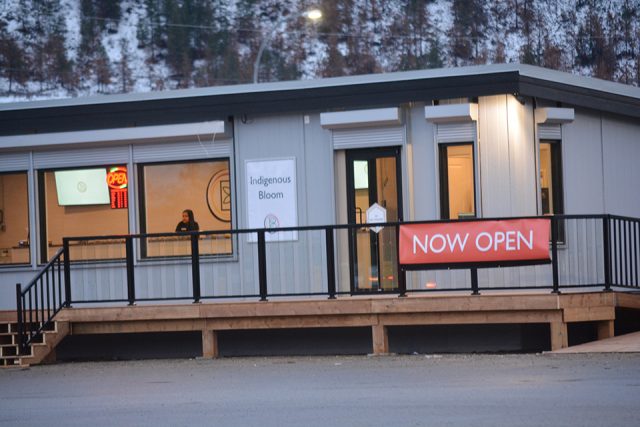 From oliverchronicle.com link to article, March 10, 2020

The Osoyoos Indian Band has adopted a new bylaw to regulate the sale of cannabis on its land.

Mike Lane, senior vice president of regulatory compliance for Indigenous Bloom, said the OIB has an inherent right to self-government, therefore, it has the jurisdiction to address issues such as the right to cultivate or sell cannabis.

While these stores are not federally regulated, Lane said its products mimic and/or exceed federal and provincial standards.

Lane said all of their products are assigned a batch number and are held in a quarantined environment until they are lab tested.

“Every single product, whether it’s a strain of dried flower, an edible, a concentrate, a rub, etc., is tested by an independent third-party laboratory licensed by Health Canada for analytical testing under the Federal Cannabis Regulations.”

The lab that Indigenous Bloom uses is based in British Columbia and, once they have received the results from the lab, the product is released from quarantine and can then be further processed and distributed.

At least two off-reserve cannabis retailers in Oliver raised a concern to the Chronicle about Indigenous Bloom not charging taxes, thereby, undercutting existing businesses that must charge the tax under federal law. They also questioned the fact these stores are not federally regulated.

Lane reiterated their standards meet or exceed government regulations. He also noted that First Nations are engaging in discussion with the Government of Canada regarding jurisdiction and taxation.

“At this time, the governments in Canada have not negotiated a tax collection or a tax sharing agreement with First Nations, and until that’s done, we can’t charge taxes.”