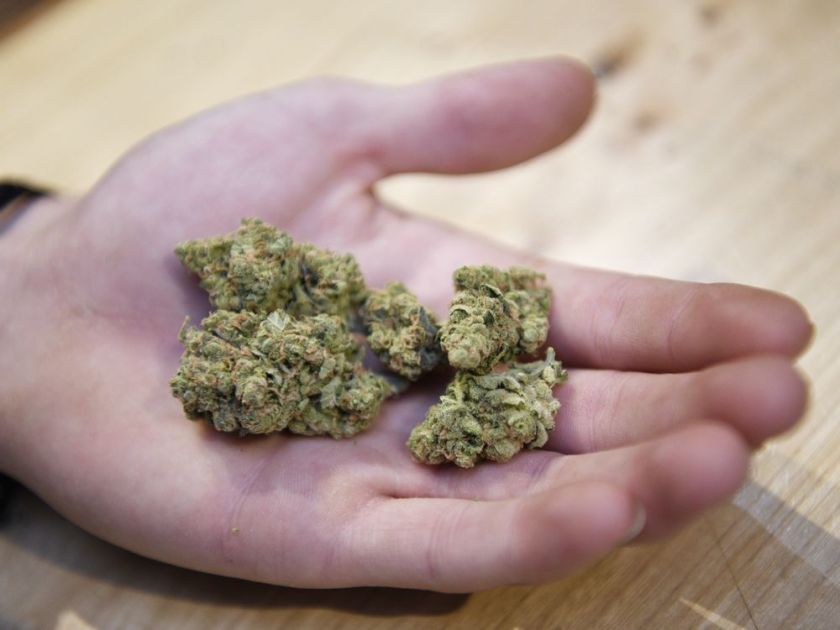 From leaderpost.com link to article by ARTHUR WHITE-CRUMMEY , Feb 19th 2020

Peepeekisis Cree Nation has opened a cannabis dispensary on its land, becoming the fourth First Nation in Saskatchewan to do so without a permit from the Saskatchewan government.

Colin Stonechild, a headman with Peepeekisis, said the band is simply asserting its inherent right to pass and implement its own laws.

Joint Adventures Medical Dispensary opened on the weekend, next to the Peepeekisis Health Centre about 100 kilometres northeast of Regina.

Stonechild said it’s open to anyone. The dispensary offers a variety of cannabis products, including buds and flowers, as well as CBD and THC oils and creams.

He said it will provide new opportunities to members of Peepeekisis.

“This week, we have 15 band members that have jobs, where last week they didn’t,” he said.

While Stonechild insisted that he isn’t looking “to cause a firestorm” with the provincial government, the Ministry of Justice remains opposed to dispensaries operating on First Nations without a permit from the Saskatchewan Liquor and Gaming Authority (SLGA).

The ministry said in a statement that the Cannabis Control (Saskatchewan) Act applies on First Nations. The Act prohibits anyone from selling cannabis except in accordance with the provincial permitting system or the existing medical regime.

Joint Adventures Medical Dispensary does not appear on a list of permitted dispensaries, nor do existing dispensaries on Muscowpetung, Pheasant Rump and Zagime First Nations.

But the First Nations have passed their own laws regulating cannabis.

He also expressed thanks for the example and encouragement of Muscowpetung, Pheasant Rump and Zagime.

“They showed us the way,” he said.

The ministry confirmed that it is not currently in communication with what it called “unauthorized cannabis dispensaries.”

But Justice Minister Don Morgan said the province has been working with the federal government on the file.

“We’re not pleased that anybody is doing any kind of a business that’s not in compliance with the law,” said Morgan during an unrelated event in Saskatoon.

“We refer those things to the RCMP and we’ve raised it with the federal ministers with the hope and expectation that enforcement action will be taken at some point.”

“We haven’t spoken with the province and we have not had any dealings,” she said.

“They haven’t moved against Muscowpetung either,” she added.

Omagakii Medical Dispensary is located on Zagime land at the intersection of Dewdney Avenue and Pinkie Road, just west of Regina. It has been operating since September.

Acoose said it’s not a huge cash cow, but it is bringing in steady revenue for her nation.

“It’s not so much about cashing in on the legalization of cannabis, but it’s more about filling a void in medical-grade cannabis access,” she said.

“We’re not doing a lot of volume or anything. So it’s not a big money maker, but it certainly is not losing money.”

She said there are about a dozen people employed on either a full time or part time basis.

Acoose explained that Omagakii operates under the Zagime’s own laws and is subject to regulation by an arms-length cannabis and hemp board the band created.

That means it is, in Acoose’s view, licensed to operate.