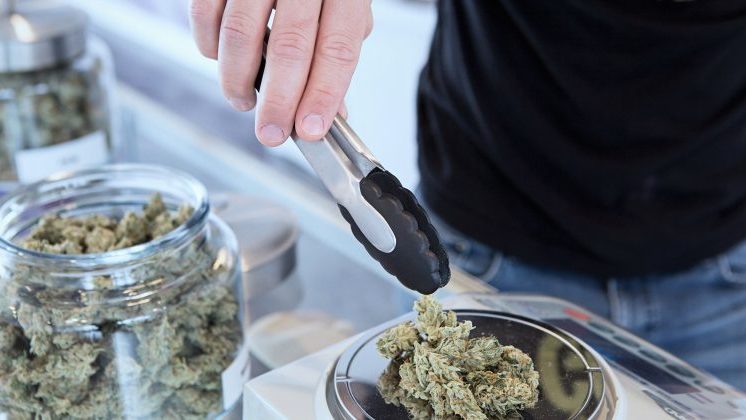 From cbc.ca link to article by Kendall Latimer September 16th

Omagakii Medical Dispensary staff members spent the majority of Monday stocking the shelves with oil tinctures, flowers and accessories after a ceremony to mark the soft launch of the new cannabis storefront.

Chief Lynn Acoose said it’s an exciting time, although looking back the foray into the cannabis world was unexpected.

Acoose and her council spent months creating their own cannabis laws and regulations for the community. Now, they’re coming into practice.

The shop is operating beyond the federal Cannabis Act that dictates that retail sales must happen under the control of the provinces and territories.

Omagakii Medical Dispensary is run under the Zagime Anishinabek zone regulatory regime, and is overseen by a board responsible for licensing and enforcing regulations.

“We know that the government of Saskatchewan is concerned about First Nations who have opened cannabis operations under their own authority,” Acoose said.

“However, we’re in discussion with the federal government on ways that we can carve out a different legislation for First Nations who want to operate outside of the provincial regulatory regimes.”

Acoose said that historically agreements with the province — be it tobacco, gas or casinos — have not gone well.

“In my experience, the First Nations are always disadvantaged under those agreements, and the province can change things without consulting with us,” she said.

Furthermore, she said the province could “stymie our ability to fully develop those agreements” and obtain self-regulation.

“Most importantly, we understand that the province does not have jurisdiction on reserve.”

In July, provincial Justice Minister Don Morgan “urged” the federal government to shut down stores on Muscowpetung First Nation and Pheasant Rump Nakota Nation. At the time, Morgan said the situation was “problematic” because the two on-reserve stores were in competition with provincially regulated stores and the province couldn’t track sales.

In a statement, a spokesperson for the Ministry of Justice said Monday that “the government is not in current communication with unauthorized cannabis dispensaries.”

They added that “our priority is to ensure the safety of Saskatchewan citizens by restricting the spread of black market cannabis that is grown and sold in contravention to federal legislation and regulations, including those put forward by Health Canada.”

Acoose said they take the position that cannabis should be used medicinally.

“Whether it’s for anxiety or other emotional problems or physical ailments … we just want to provide a product that is in an environment where people have better access.”

Acoose said she’s interested in how cannabis can be used as a harm reduction tool combined with therapy for those struggling with addiction.

“The treatment regimes right now are not working for our people, and we’re desperate for solutions,” she said. “We have such a problem with opioid addiction and other addictions among our people,” she said.

Acoose first began to consider cannabis on reserve about four years ago when she went to an economic development conference in the United States. Cannabis was a big talking point, and Acoose said she learned that, at that time, tribes would not be prosecuted if they grew and sold cannabis on reserve.

She then encouraged her council to explore medical cannabis. Now, it’s becoming a reality.

Omagakii Medical Dispensary will be open to everyone and the business will be collecting (and remitting) taxes when a non-status customer makes a purchase.

The grand opening of the shop is slated to happen in a few weeks’ time, but medicinal patients can reach out to the shop now.