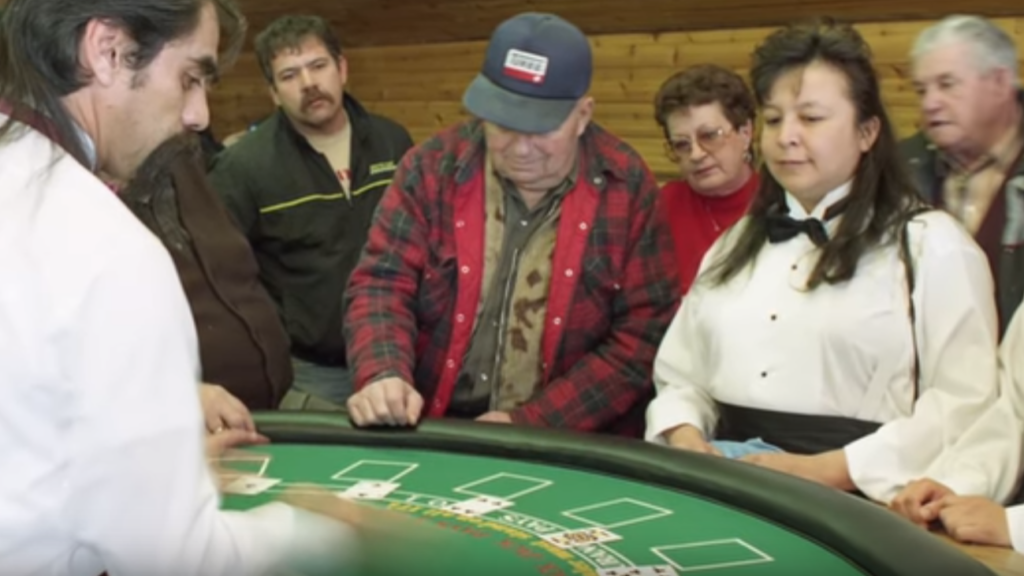 From thegrowthop.com link to article by Arthur White-Crummey July 17th 2019

The dispute pitting the provincial government against two First Nations with pot shops on reserve is rife with ‘intricate’ legal issues, according to a legal expert who sees a 25-year-old battle over a casino as the closest historic parallel in Saskatchewan.

Dwight Newman, Canada Research Chair in Indigenous Rights in Constitutional and International Law at the University of Saskatchewan, said negotiation is one way forward for Muscowpetung and Pheasant Rump First Nations — just like it was after White Bear First Nation saw its gambling operation raided by RCMP in 1993.

In the current case, he blamed the federal government for leaving a gaping hole in its cannabis law.

“The federal government created a bit of a mess here by not defining things clearly,” said Newman. “They had the chance to think about the issue of Indigenous communities and cannabis and didn’t really provide any guidance on that in the cannabis legislation.”

On Canada Day, Pheasant Rump Nakota Nation became the second Saskatchewan First Nation to open a cannabis dispensary on its reserve without a provincial license. It came about seven months after Muscowpetung Saulteaux Nation did likewise, later launching a lawsuit claiming an inherent right to self-governance.

Saskatchewan’s justice minister later urged the federal government to crack down on such dispensaries, saying the unlicensed shops are “certainly problematic” and “unfair” to licensed operations. The RCMP says it’s monitoring the situation and seeking legal advice.

According to Newman, First Nations may have a hill to climb to make their case. But it’s tough to know which argument is stronger unless it’s tested in court.

“There’s a challenging legal dispute to sort out in terms of the rights of the First Nations to do this, as opposed to the jurisdiction of the province,” said Newman, referencing “intricate pieces to the legal analysis.”

He said there’s a “basic principle” that provincial laws generally do apply on reserves. But in some areas, the federal Indian Act provides that band council resolutions have the force of federal law, taking precedence over provincial statutes.

“There would be a dispute to be had on if authorizing cannabis industry fits within any of those protected areas,” said Newman, mentioning health as one possibility.

Both First Nations base their claims on an even more fundamental principle: inherent rights as Indigenous peoples and treaty rights with the Crown. In its statement of claim, Muscowpetung calls cannabis an “important form of traditional medicine” traded and used prior to European contact. It says a law it passed in 2018 to regulate that medicine is part of an inherent and treaty rights to govern itself.

A similar argument comes from Pheasant Rump, which hasn’t yet sued. Chief Ira McArthur told the Leader-Post that First Nations had authority over traditional trade routes long before settlers came. That includes trade in medicinal plants. He doesn’t believe that authority went away when settlers arrived or when Canada began.

He prefers to work with the federal government to find a solution, as they are “quasi-representative of the Crown” with which First Nations signed treaty. He called that “our basis for relating to Canada.

“The province just needs to step out of the way,” he said. “They have no jurisdiction.”

Newman agrees treaty rights could come into play but has trouble seeing it as an easy path.

“Offhand, it’s not obvious to me that there’s a treaty right that would ground a cannabis industry endeavour,” he said. “But there will be discussion around that in terms of the scope of the treaty rights held by First Nations.”

As for inherent rights, Newman said courts have been hesitant to rely on them in places — like Saskatchewan — where treaties are in place.

The province refused to provide the necessary authority, but the First Nation forged ahead. At 4 a.m. on March 22, 1993, the RCMP executed a search warrant and seized card tables, slot machines and cash — shutting the makeshift casino down.

At a hearing before the Provincial Court of Saskatchewan, White Bear argued First Nations traditionally engaged in games of chance and created their own laws to regulate gambling — an argument similar to McArthur’s point about trade and medicinal plants. White Bear insisted it had the right to self-government, just like Muscowpetung.

The provincial court ruled in White Bear’s favour without deciding the central issue. The Crown appealed. But the two sides launched negotiations and eventually reached an agreement before the dispute could rise to a higher court for a more conclusive ruling.

The result is the Saskatchewan Indian Gaming Authority (SIGA).

Newman said the gambling dispute is likely the closest analogy with the battle between Muscowpetung, Pheasant Rump and the provincial government. He said something like SIGA for cannabis is a possibility.

He noted the private cannabis dispensaries licensed by the province are certainly a complication. Much also depends on how inclined the two sides are to a settlement, or whether they want to test their cases in a court.

Whyte believes a three-way agreement between the province, Ottawa and the First Nations is a likely scenario. He thinks there’s an interest in avoiding a “head-on collision.”

He said the example of SIGA is less of a model and more of an “attitude.”

“It involves the same kind of search for reconciliation,” he explained.

McArthur has little interest in a SIGA-type scenario for cannabis. He fears First Nations would do all the work, while the province would reap much of the windfall. The province currently takes 25 per cent of SIGA’s profits, 50 per cent goes to a First Nations trust, and the rest is for charitable and non-profit groups.

As for the federal government, Newman suggested it could play a role by filling the legislative gap it left in its Cannabis Act, likely through amendments to the Indian Act. He advises Ottawa to consult with First Nations communities to figure out the best way to do it.

“The authority of First Nations in either of those categories is less clear than it could have been if the federal government had engaged with the issues more specifically.”

But Marie-Emmanuelle Cadieux, a spokeswoman for Minister of Border Security and Organized Crime Reduction Bill Blair, said the government has already placed “a high priority on Indigenous interests and engaging with Indigenous peoples.”

She said in an email response that those efforts included the Task Force on Cannabis Legalization and Regulation’s engagement with Indigenous experts, governments, representative organizations, and Elders in 2016.

Cadieux said the engagement will continue. She told the Leader-Post the federal government is ready to sit down with “interested Indigenous communities,” together with the provincial government if they’re willing, to help open up opportunities for First Nations to take part in retail cannabis. She said the feds are prepared to do so bilaterally if necessary.

McArthur said he’s ready to talk with Ottawa, and has reached out to federal Public Safety Minister Ralph Goodale.

It appears Muscowpetung is already talking. An affidavit from Chief Anthony Cappo filed with the court in May confirms the First Nation has been in negotiations with the federal and provincial governments.