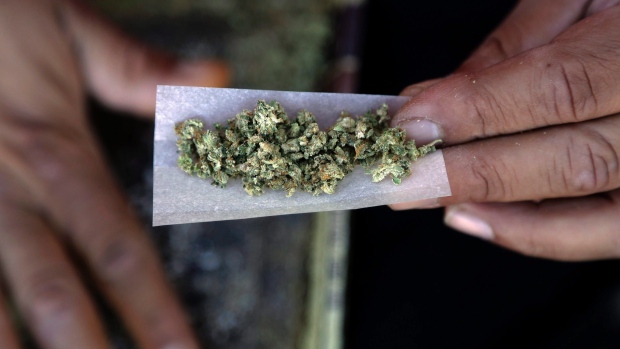 From bnnbloomberg.ca link to article by Paula Sambo and Kristine Owram, Aug 12th 2019

A Canadian lender to indigenous people is planning to fund cannabis stores on First Nations lands where it says communities haven’t reaped the economic benefit from the drug’s legalization.

Bridging Finance Inc. is starting with a store on the Peguis First Nation in Manitoba, according to chief executive officer David Sharpe. His firm is working with Popcann, which fashions pot stores from old shipping containers, and the pair are in talks to replicate the model in indigenous communities in North America.

“For me it’s a fairness issue. We’re lobbying the Ontario government to come up with more licenses,” said Sharpe, a member of the Mohawks of the Bay of Quinte. “We often say the cannabis economy is the new buffalo, so we don’t want to miss the boat.

Canada became the second country to legalize recreational marijuana in October, igniting a race for licenses, financing and expanded production. In Ontario, where Sharpe is based, some indigenous people have expressed frustration at the provincial government’s plan to issue a maximum of eight licenses for cannabis stores on reserves on a first-come, first-serve basis. There are over 200 reserves in the province.

Bridging Finance is funding the 1,900 square foot Manitoba project using a private debt fund set up in April to finance indigenous economic development. It plans to expand the fund to C$500 million ($378 million).

It will charge 1 per cent per month on the loans for the Popcann projects in indigenous communities, according to Sharpe. The loans will be shorter term and flipped over to banks or other lenders once the projects are generating revenue, he said.

Bridging Finance and Popcann are in talks with several other First Nations in Canada and tribes in the U.S. to bring a similar model to their communities. Many First Nations, including Sharpe’s community of Tyendinaga, have dozens of unregulated pot stores but Bridging Finance will only fund legal outlets, he said.

Bridging Finance currently has $1.6 billion in assets under management and its other direct lending funds invest in collateral-based bridging loans, inventory and accounts-receivables financing. Returns from the funds hover around 8.5 per cent, according to Sharpe. The firm has already lent around $320 million to finance casinos, renewable energy, housing, grocery stores and fisheries in indigenous communities. The company has never suffered a default or had to work out a loan in this area before, according to Sharpe.

For Popcann’s part, the company offers about eight different cannabis store layouts and can have the simplest versions up and running in 60 days, according to Popcann Chief Executive Officer Jake Neiman. He envisions having 10 Popcann stores open by the end of 2019 and 30 to 50 by the end of 2020. It will use Bridging Finance loans from around $250,000 to $500,000 depending on the size of the structure.

“The intent is to put up a loan to get a Popcann fully operational and recoup that loan after it’s generating income for that community,” Neiman said. “It’s kind of a no-risk, all-upside situation.”