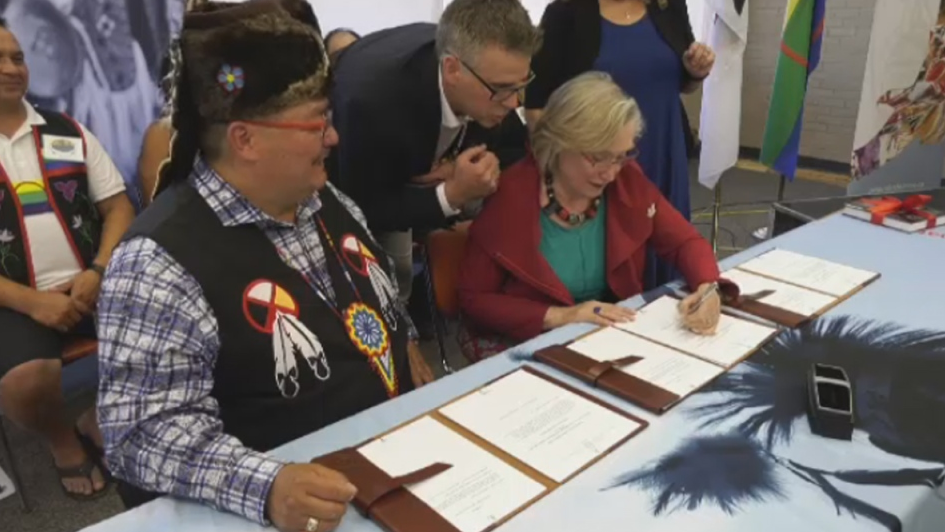 Manitoba’s largest Indigenous community is celebrating an expansion into Winnipeg.

Chief Glen Hudson of Peguis First Nation says this historic agreement is long overdue, but is excited about future economic development and employment.

The First Nation is currently renting office space on the property, and plans to expand to include a pharmacy, a clinic, and a recreational cannabis shop.

The urban reserve is part of the Treaty Land Entitlement Framework Agreement from 2008.

“The idea of an addition to the reserve means the nation actually bought the property and now we (the federal government) help with the renovation, but mainly we’re signing it over to make it a legitimate part of their reserve,” Bennett told CTV News’ Renee Rodgers.