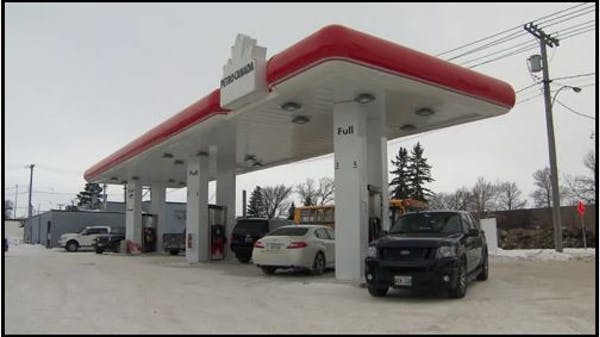 Over the past 20 years, the courts have validated long-standing claims by First Nations that Canadian governments have systematically ignored and violated the terms of treaties negotiated between 1871 and 1921.

One approach to mitigating treaty violations is the additions-to-reserve process. In short, First Nations purchase land from a private owner and apply to transfer it to their reserves. Government helps in the process. Under the Treaty Land Entitlement process, Manitoba has also set aside $190 million to assist First Nations to acquire private land for the purpose of adding to their reserves.

Between 1969 and 2017, the federal government approved 1,689 additions to reserves and of these, 119 were urban reserves. Most of them were in small communities or on the periphery of larger cities, and rarely inside a major metropolis.

This is set to change with Kapyong Barracks — a site in Winnipeg that will become one of the most recent urban reserves in Canada. Comprising a 64-hectare parcel deep within an affluent area of the city, this urban reserve will be a unique and practical test of reconciliation.

The finalization of this reserve and transfer to seven Treaty One First Nations will likely conclude in the next year; that’s when the truly hard work will start. Two requirements underpin this new venture.

First, and most importantly, most First Nations appear to be focused on maximizing the revenue from these new lands.

This is an economic logic that will likely result in Kapyong being developed in much the same way as the surrounding community, with upscale residential and retail/commercial properties.

Despite the common misconceptions I’ve heard from some of my Winnipeg neighbours, Kapyong will not be a trailer park, nor will it feature much low-income housing, despite the efforts of anti-poverty advocates.

The two existing urban reserves in Winnipeg, owned by Long Plain First Nation and Peguis First Nation, feature a gas station, a post-secondary college, office and retail space leased to Indigenous and non-Indigenous businesses and, quite possibly in the future, a cannabis store. The goal of making money guides development that is consistent with surrounding land use.

Second, all urban reserves enter into a Municipal Development and Services Agreement with the city that requires the First Nations to pay an annual fee in lieu of taxes. This covers the cost of police and fire protection, transit, water, sewer and other services purchased from the city. As part of the agreement, the First Nations agree to undertake development compatible with the surrounding area.

This all sounds good, but it is also easy to imagine missteps.

Consider the fees for services. At 64 hectares, the Kapyong lands could have an assessed value of at least $300 million if developed to be an upscale residential and retail hub. At the current mill rate, that could return about $4 million in property taxes and a similar amount in school taxes.

Will Treaty One First Nations accept paying this kind of money immediately on undeveloped land? As development proceeds, the fees for urban services should approximate the property and school taxes the city would have received had Kapyong been sold to individuals.

A common misconception exists that First Nations businesses and people do not pay tax, leading many businesses in the area to fear that commercial ventures on an urban reserve have an unfair advantage.

In general, First Nations people — those designated as so called status Indians — are liable for income and other taxes, just as any Canadian. The key exception is that profits and incomes received by status Indians from First Nations-owned businesses on a reserve are not subject to tax.

Many nuances exist to Indigenous tax law, but the notion that commercial activity on an urban reserve has an unfair advantage is overstated.

Assuming the goal of the Treaty One First Nations is to generate maximum revenue for their bands and to pay the city for services, then simple economics dictates that both Indigenous and non-Indigenous businesses that operate on the reserve must pay the same leases and fees as businesses off reserve.

While some First Nations leaders may be reluctant to tax their own band members and their businesses as a matter of principle, others argue that it’s the only way to finance self-government and support the provision of essential city services.

The seven Treaty One First Nations that will assume control over the Kapyong lands face the challenge of creating a unified voice to advance their mutual interest. This will entail creating an independent umbrella economic development agency, focused on generating revenue and answerable to the communities.

This new agency must be accountable to band membership. But as with all governments, undue political pressure, including potential interference by First Nations leadership in the management of economic activity of the urban reserve, could jeopardize revenues and attenuate the benefits that flow back to the communities.

There are sure to be difficult discussions ahead.

The question of casinos causes ruptures and debates. It’s possible First Nations leadership may want to develop a casino on the Kapyong lands, a common activity on urban reserves in Saskatchewan.

Will local residents oppose this land use, citing congestion and a desire not to have legalized gambling close to their residences?

This is but one example of the challenging negotiations that lie ahead.

Negotiation, not litigation, is key

It would be easy for debates on land use to degenerate into a rights contest in which First Nations pit their rights against the NIMBY (not in my backyard) reaction of existing land owners.

But the existing land owners and non-Indigenous residents of Winnipeg need to accept urban reserves as a tangible and legitimate expression of reconciliation. First Nations leaders should also view the urban reserve as an important foothold in the urban economy of the future and continue to work with other Winnipeg landowners who have valid interests in how that development proceeds.

Everyone must resist the temptation to run to the courts when negotiations become difficult. Economic benefits will slow to a trickle as soon as litigation replaces negotiation.

Finally, governments — First Nations, federal, provincial and municipal — must engage in transparent negotiations so all citizens, both Indigenous and non-Indigenous, remain fully informed on progress toward fulfilling this exciting new form of urban land ownership.