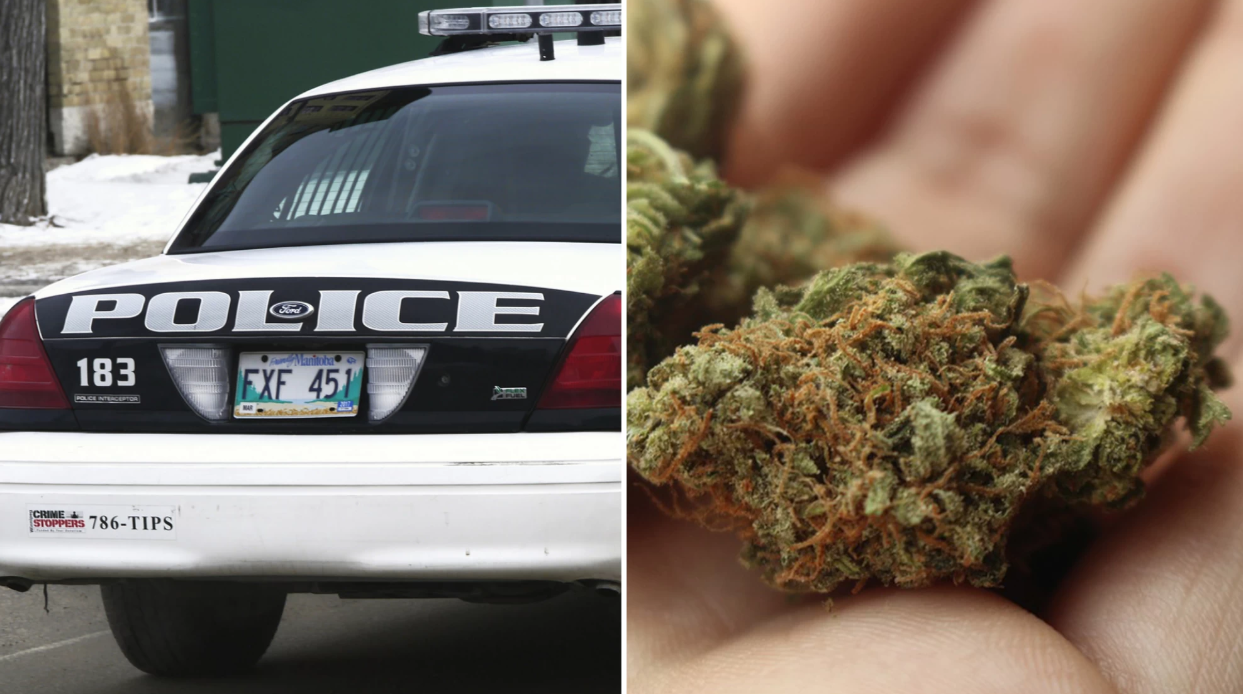 Rodney Clayton Felix is believed to be the first to be sentenced for a weed crime since legalization.

From Vice.com link to article by Manisha Krishnan April 3rd 2018

An Indigenous man from Winnipeg has been sentenced to 10 months in jail for weed possession with intent to distribute under the federal government’s Cannabis Act.

Rodney Clayton Felix, 31, pleaded guilty to the offence in provincial court Tuesday, after being caught with 86 grams of cannabis in an electronics store last November, his lawyer Scott Paler told VICE. It is illegal to be possess more than 30 grams of cannabis in public.

Paler said he could not find a legal precedent for someone being sentenced for possession with intent to distribute under the Cannabis Act, but he argued that his client should not face jail time. Crown attorney Alana Parashin asked for a 15-month jail sentence.

“Regardless of the new legislative provisions that have come into effect under which he’s charged, he is, any way you slice it, a drug dealer,” he said, according to CBC News.

According to his lawyer, Felix went into an electronics store in November to buy a speaker but he was 15 cents short. He became upset when the cashier wouldn’t wave the 15-cents and smashed a speaker. Security and police arrived on scene.

“They found three ounces of marijuana and some assorted packaging material and things like that, and a grinder and a scale,” Paler said. He pleaded guilty to mischief over damaging the speaker and the weed possession charge.

Paler said some of the maximum penalties under the Cannabis Act are even harsher than they were under the Controlled Drugs and Substances Act. The maximum sentence for Felix’s crime is 14 years in jail.

However, Paler said considering weed is legal now, the penalty should be comparable to the fines that are normally given for bootlegging liquor. He said more severe penalties should be reserved for being doing large scale dealing on the black market or selling to minors.

“This was a very low-level operation. They weren’t seizing cars and homes from this guy he was selling drugs basically at the gram level.”

Paler told the judge that a cannabis company at trade show in Winnipeg had been fined $2,500 for handling out edibles samples, which aren’t legal.

“Why is when a corporate entity sells cannabis in a manner that’s not authorized, they get a ticket, but an Aboriginal man selling marijuana at a fairly low level, unsophisticated way, and they end up seeking a fairly significant jail sentence,” he said.

But Paler said Judge Schille looked at those situations as “apples and oranges.”

“He viewed their crime as being not compliant with regulations whereas Mr. Felix he said was a drug dealer.”

“I’m tired of seeing our jails filled up with people who committed offences related to cannabis,” he said.

A conviction can result in issues travelling, getting a job, volunteering, and the ability to be bonded in a criminal proceeding, he said.

The federal government has tabled legislation to expedite criminal record pardons for Canadians with simple possession convictions. However, a pardon does not wipe a record clean, unlike an expungement. The pardoning legislation would not assist Canadians like Felix who have committed cannabis offences beyond simple possession.

Paler said with time served Felix should be out of jail by June.