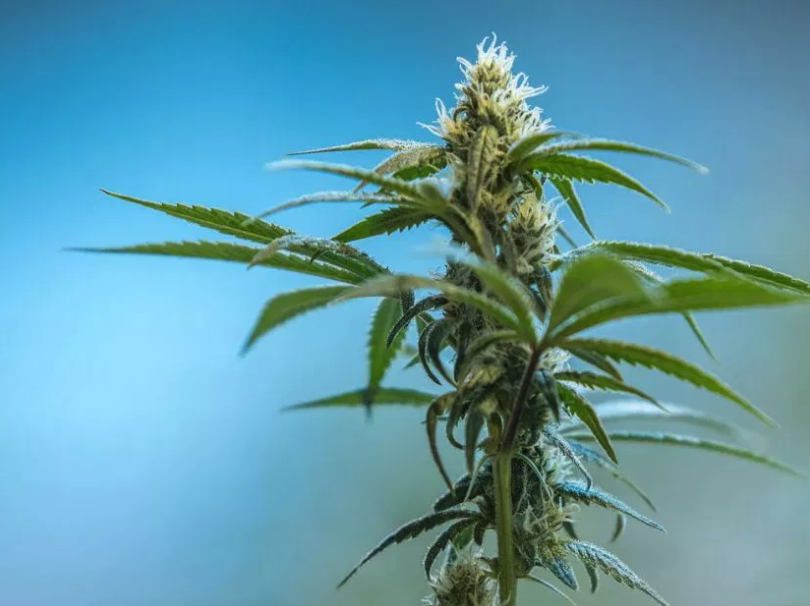 By Pam Palmater. This article was originally published in The Lawyer’s Daily on Jan.30, 2019.

For decades, federal and provincial governments, through their local, regional and national police agencies and court systems, have arrested, charged and imprisoned thousands of First Nations people for engaging in the cannabis trade. Many had hoped that Prime Minister Justin Trudeau’s stated commitment to renewing the relationship with Indigenous peoples and his desire to legalize cannabis would help address many issues, one of which being the crisis-level over-incarceration of Indigenous peoples.

Despite legalization of cannabis in 2018, Trudeau’s Liberal government has not yet seen fit to provide relief for Indigenous peoples languishing in prisons for cannabis-related offences. This is disappointing on two fronts: the first being that Trudeau has not kept his promises to Indigenous peoples; and second, that the first ever female Indigenous Justice minister didn’t take steps to get Indigenous peoples out of prison.

We know that the over-incarceration of Indigenous peoples is a real crisis — one that continues to grow without abatement. Despite being only five per cent of the population in Canada, they represent more than 27 per cent of those in federal prisons. Indigenous women make up a staggering 43 per cent and Indigenous youth are now over 46 per cent of admissions to youth corrections.

Yet, even these statistics don’t show the whole picture. The provincial incarceration rates, especially in the Prairies, are astounding. Provincial prisons can be as high as 80 per cent Indigenous peoples and for Indigenous girls in Saskatchewan, that rate is an unbelievable 98 per cent. We also know that more than half of all drug offences in 2016 were cannabis-related (58 per cent) and the majority of the charges were for possession. To say that we have a real incarceration crisis is an understatement, but the limited cannabis legalization scheme, which does not substantively address over-incarceration of Indigenous peoples, is yet another broken promise.

While a handful of First Nation businesses have been specifically “permitted” to engage in this new trade, the majority are under a very real risk of legal sanctions — both as individuals and as First Nations — who assert their jurisdiction in this area. It is a cruel colonial irony that the very same people who have been imprisoned for their role in the cannabis trade — First Nations peoples — are now largely prohibited from engaging in the trade without permission from provincial governments.

Neither the federal nor provincial governments engaged in nation-to-nation dialogue with First Nations over how to best bring federal, provincial and First Nation laws into harmony in relation to cannabis. Despite the many calls from First Nations for collaboration, First Nations were left out of the legislative drafting process and any good faith attempt to provide a trilateral, good faith path forward.

In May 2018, prior to the legalization of cannabis, the Standing Senate Committee on Aboriginal peoples released a report on Bill C-45 An Act Respecting Cannabis and to Amend the Controlled Drugs and Substances Act, the Criminal Code and Other Acts, which noted a real lack of “meaningful consultation” with Indigenous peoples and recommended that legalization be delayed for one year. The Standing Senate Committee recommended that Canada use the year to engage in negotiations with First Nations about tax collection and revenue sharing on reserves, recognition of the right of First Nations to enact their own legislation and funding for substance abuse and healing centres.

They further recommended that no less than 20 per cent of all cannabis production licences be issued to First Nations. This would have provided sufficient time for First Nations to draft their own laws, rules and regulations and develop their own business policies and public safety protocols. While the Ministers of Health and Indigenous Services penned a letter to Senate claiming that their government “respects the jurisdiction of Indigenous communities”, Justice Canada officials previously clarified in Senate hearings that their position is that First Nations cannot enact by-laws in relation to cannabis on reserve and that provincial laws would apply. The federal government can’t have it both ways.

Incredibly, Trudeau has missed yet another opportunity to engage with First Nations on a nation-to-nation basis and decided to forge ahead on cannabis legislation without properly engaging with First Nations or meaningfully considering their inherent Aboriginal and treaty rights to pass their own laws. Instead, the federal government assumes provincial jurisdiction setting the stage for the legislated exclusion of First Nations and conflict on the ground.

This isn’t the first time the government of the day has blockaded First Nations from engaging in their own business and trade endeavours to support their communities. It wasn’t that long ago that the Conservative government under former Prime Minister Stephen Harper enacted Bill C-10 An Act to amend the Criminal Code (trafficking in contraband tobacco) to create the new offence of trafficking in contraband tobacco and prescribed minimum mandatory sentences for repeat offenders.

It was very clear that the bill was intended to target First Nations and their long practice of growing, manufacturing and trading in tobacco despite their inherent, Aboriginal and treaty rights to do so. The RCMP defined contraband tobacco as product that is primarily manufactured on First Nations reserves. This bill effectively acted as a legal blockade attempting to criminalize First Nations for engaging in their own traditional economies — an economy not even known to Europeans prior to contact.

Settler governments have long engaged in the colonization of Turtle Island through the theft of First Nations lands and resources, but also through the appropriation of their lucrative trade practices, products and routes. The criminalization of the tobacco trade for First Nations went hand in hand with the transfer of control and benefit from tobacco to settler governments. It looks like Canada is doing the same thing to First Nations with regards to the cannabis trade.

While it may or may not have been grown, manufactured and traded traditionally, there is no doubt that this is the modern evolution of the right to trade as outlined in so many Supreme Court of Canada cases like the Van der Peet trilogy and the Sappier and Graycases. First Nations are not limited to economic practices of pre-contact times or be “frozen in time.” Yet, that is exactly what seems to be happening with the cannabis trade.

In fact, it looks like those that are first in line to profit from this new legal trade are the very politicians and police officers that once fought so hard to imprison First Nations for trading in tobacco and now cannabis. Those previously engaged in tobacco and drug enforcement have an unfair advantage of knowing all the confidential intelligence on the drug trade and its key players, as well as where and when to sell product and to whom. On top of this, former cops have connections all over the country, and that alone is an incredible form of advantage and means of intimidating the so-called competition.

This gross injustice is now compounded by the fact that only certain businesses will be granted licences and the majority of those licences do not include First Nations or their businesses. According to the federal government’s report to Senate, there are only 5 Indigenous producers out of the 105 in Canada — a far cry from the minimum 20 per cent recommended by Senate.

As the most impoverished communities in Canada, First Nations have incredible social pressures on them to find ways to provide for their communities in a legally and politically hostile context. Federal and provincial governments have created legal blockades around most First Nation traditional economies like hunting, fishing and gathering. They have left First Nations with few alternatives.

If Trudeau thinks that First Nations will simply shrug their shoulders and move along to a different economic opportunity, he is sadly mistaken. Many First Nations are invested in this trade and will defend their legal right to do so with or without provincial approval. The ability of the police to enforce federal or provincial laws in this regard will be highly suspect given their former colleagues’ involvement in the trade. Would the police be upholding the law or protecting the thin blue line’s new income stream?

All of this pending conflict — and there will be conflict — could have been avoided had Trudeau practised what he promised and engaged with First Nations on a nation to nation basis and respected First Nation rights. It’s never too late to act, but with an election just around the corner — it is unlikely Trudeau will rock the boat for all those former cops and Liberal politicians who now stand to make millions from cannabis.

Link to the article as originally published in The Lawyer’s Daily:
https://www.thelawyersdaily.ca/articles/9968/cannabis-legalization-ignores-first-nations-pamela-palmater?category=opinion