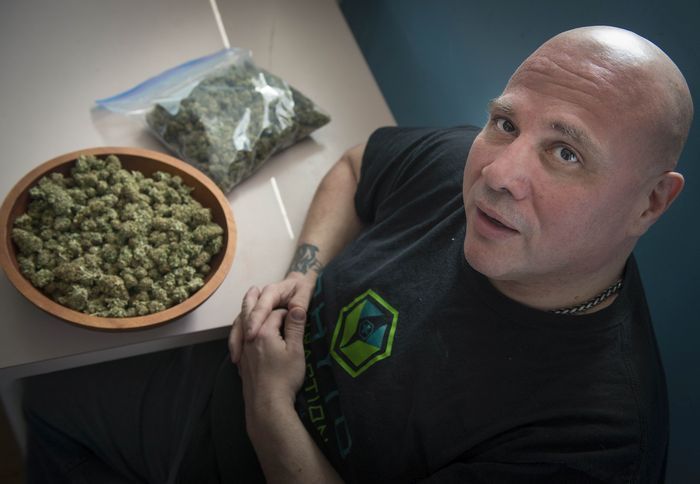 Quebec’s cannabis retailers are struggling to get by on their own supply.

Last October, mere days after Quebec opened its first chain of dispensaries, the government-run stores were so overrun with demand that they ran out of weed. Repeatedly.

As an emergency measure, the Société Québécoise du Cannabis decided to open its dispensaries only four days a week. And for the foreseeable future, that’s how it will remain, according to the SQDC.

“Supply is still a challenge,” said SQDC spokesperson Fabrice Giguère. “We’ll only be able to open seven days a week when our supply can justify that. Right now it can’t.”

Meanwhile, Canada’s largest growers are ramping up production and dramatically increasing their Quebec-bound shipments. Between October and December, Canopy Growth saw a 66-per-cent jump in the amount of cannabis it sent to Quebec.

“It wasn’t a big shock to us that we were selling out at the beginning,” said Jordan Sinclair, a spokesperson for Canopy Growth. “We’re only producing at a small fraction of our total footprint because the (federal) licensing process has taken so long.”

But half of that space has yet to produce a single bud.

“The licensing was so recent that many of our first harvests aren’t finished yet,” Sinclair said.

A bottleneck in the system

The surge in new applications combined is creating a bottleneck in the system, according to three industry insiders. Two years ago, there were 38 licensed cannabis producers across Canada. There are now 140 and more applications are pending with Health Canada.

In the case of Aurora Cannabis — another major supplier — it increased its Quebec shipments by 30 per cent between November and December. By next month, the company’s Aurora Sky facility in Edmonton will be fully operational and ready to grow upward of 100,000 kilos of pot each year.

“We appreciate the customers’ demands and we’re continuing to ramp up production,” said Heather MacGregor, the director of communications at Aurora Cannabis. “We’re committed to making high-quality cannabis.”

With demand for cannabis still high, some customers are turning to unregulated dispensaries on Indigenous territory. Last April, months ahead of legalization, Clifton Nicholas opened the Smoke Signals dispensary in Kanesatake.

At the time, he told the Montreal Gazette it was his right as a member of the sovereign Mohawk nation to sell cannabis on his land. Since then, two more dispensaries popped up in Kanesatake — a settlement about 45 kilometres west of Montreal.

There are also unregulated dispensaries in Kahawake and on the Kitigan Zibi territory north of Gatineau.

The shops are well-staffed and equipped with security cameras and magnetic locks. A guard checks customers’ identification on the way in and then lets them browse through dried flowers, oils and edibles.

Sources who work with the dispensaries say they mostly get their product from unlicensed producers in western Canada — many of whom are Indigenous — and supply is never a problem.

The product isn’t inspected by federal regulators, but some go through a quality-control process in Ontario’s Alderville First Nation, where the buds are inspected for contaminants.

“We do have some customers from Quebec who keep coming back because they weren’t able to get what they were looking for at the (SQDC),” said Jordan Brant, who works at Legacy 420.

The dispensary, one of dozens on the Tyendinaga Mohawk territory in Ontario, has its product inspected by two bio-chemists who work on site. Brant says legalization hasn’t negatively affected supply or demand for the product at Legacy 420.

Pricing, lack of taxes, no waiting times are some of the advantages we have.”

“People know that the outfits on the (Mohawk) reservation aren’t legal in the eyes of Canada, but they don’t care,” Brant said. “Pricing, lack of taxes, no waiting times are some of the advantages we have.

“There’s a certain atmosphere, some information and expertise that we provide that I don’t think you get in the (regulated market).”

For the licensed producers, Quebec’s supply crunch has provided a learning opportunity about what customers want. Sinclair says, 15 months ago, Canopy produced a few thousands cannabis pills every week.

Post legalization, their popularity has grown so fast Canopy can now manufacture more than 50 million pills a year.

“In the span of just over a year, (pills) went from accounting for almost none of our sales to being one-third of the products we sell,” Sinclair said. “Part of the challenge is figuring out what people want and adapting to that.”