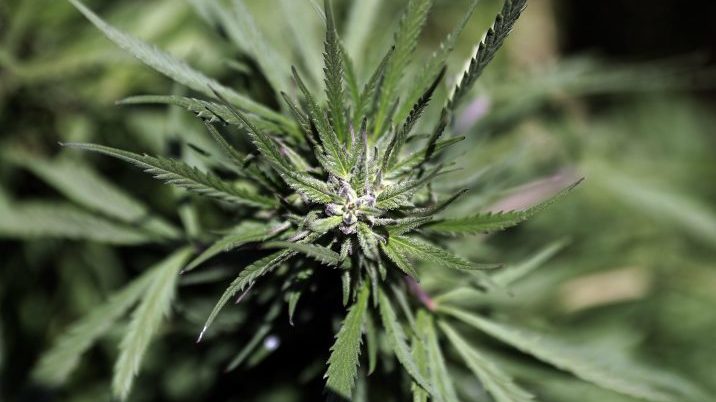 From oktlaw.com link to article by Scott Franks and Ashley Stacey, July 13, 2018.

On June 21, 2018, the Cannabis Act received Royal Assent, the last stage before this bill becomes law. The Cannabis Act will legalize and regulate access to cannabis for recreational purposes across Canada when it comes into legal effect on October 17, 2018 . Until this date, it is still illegal to possess, distribute and use cannabis for recreational purposes.

Although the Cannabis Act legalises certain aspects of possession, production, distribution, and retail, there will still be criminal offences applicable to individuals operating outside the legal framework. Additionally, each province will have different regulatory schemes for production, distribution and retail. Retail models range from completely provincially-controlled (e.g. Ontario), completely privatised (e.g. Alberta), and some hybrid provincial/private regimes (e.g. Manitoba). The age of consumption and limits for home growing will also be different between the provinces, as will the rules around consumption and driving under the influence.

For Indigenous governments and communities, notwithstanding the recommendations set out in the December 2016 Report of the federal task force on the legalization of cannabis in Canada, the Cannabis Act was created with limited consultation on how it would apply to urban Indigenous communities and communities on-reserve. The Senate Committee on Aboriginal Peoples released its own Report summarizing the Senate Committee’s concerns and recommended changes to the law, after hearing from a small number of Indigenous governments and related organizations. In addition to a lack of consultation, the Report noted the following concerns:

It is clear that the legalization of cannabis will impact Indigenous governments and communities. For some, cannabis presents an opportunity to participate in a burgeoning industry at the ground floor. For others, cannabis presents challenges, including implementing effective health and education initiatives, guarding against an increase in youth consumption, workplace safety, and prevention and treatment. All of these interests and concerns are important to the exercise of an Indigenous government’s inherent jurisdiction.

REGULATION OF CANNABIS IN INDIGENOUS COMMUNITIES

Indigenous governments considering participating in the cannabis industry may want to seek advice on how to do so in a manner that is reflective of their community’s rights, values and interests. This advice will need to be tailored to the laws that apply specifically to each province and the unique challenges that may apply to Indigenous communities.

In Saskatchewan, Indigenous governments and communities may apply for permits to become private operators through the Saskatchewan Liquor and Gaming Authority. Earlier this year, the Saskatchewan government asked several First Nations with a population greater than 2,500 whether they would be interested in applying for a permit. That initial allocation has now ended, although it is possible that more permits may be allocated in the future.

In Alberta, retailers will be entirely private and must operate their physical stores under the supervision of the Province’s liquor commission. Only online sales will be government owned. Indigenous groups wishing to participate in some capacity in the retail market should consider partnerships with reputable licensed retailers or distributors.

In Manitoba, cannabis is regulated through a hybrid model. The Province will own the distribution side of cannabis and the private-sector will own the retail side of cannabis. Requests for proposals for retail cannabis stores was requested this past summer, with priority points allocated to companies working with Canadian Indigenous businesses either directly through the retailers (e.g. have a retail outlet on the reserve) or through subcontracting.

In the Northwest Territories, the GNWT Liquor Commission will handle retail cannabis sales in the short-term. The NWT legislation leaves open the possibility of privately licensed retailers in the future. It also provides a way for Indigenous communities to either prohibit or restrict cannabis, similar to how liquor is managed.

In Quebec, Bill 157: An Act to constitute the Société québécoise du cannabis, to enact the Cannabis Regulation Act and to amend various highway safety-related provisions outlines Quebec’s framework for the consumption and distribution of cannabis. The Société québécoise du cannabis (SQDC), a subsidiary of the Société des alcools du Québec (SAQ), will be responsible for sale of cannabis within the Province. Only the SQDC can sell cannabis – this means cannabis producers must sell their cannabis to the SQDC. Similar to Ontario, the Province can enter into agreements with Aboriginal communities on any matter that comes within Quebec’s proposed act and applicable regulation and may include other cannabis-related government measures (e.g., cannabis harm prevention programs). One particular area of concern for Indigenous communities in the north is the need to strengthen police services within their communities given the high rate of substance abuse.

At OKT, we are here to assist Indigenous governments with the exercise of their inherent jurisdiction. Our corporate and administrative law teams can help you navigate these different regulatory regimes, whether that is to develop a cannabis industry or regulate its use within your community.