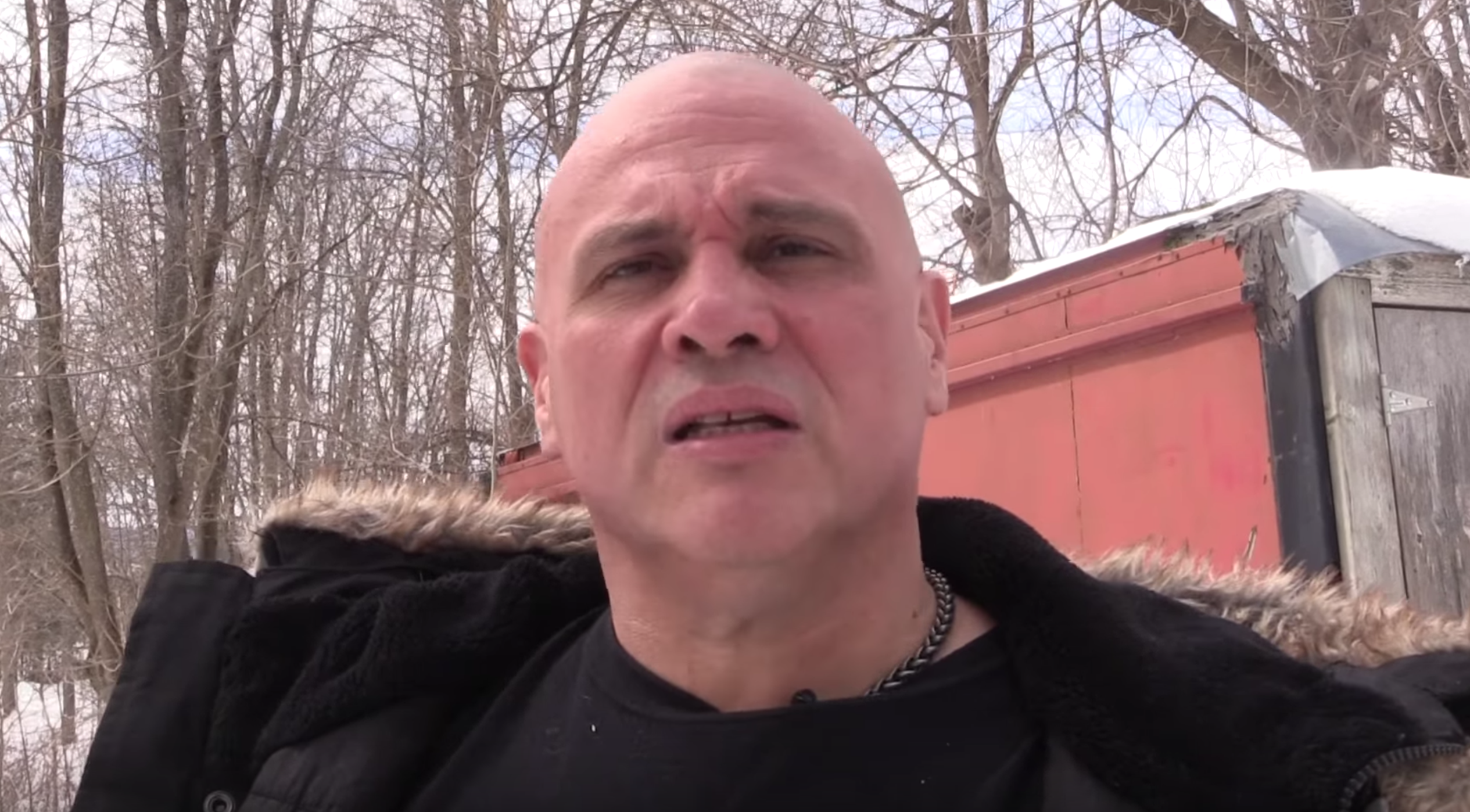 In Kanesatake, a marijuana dispensary sprouts on Mohawk land

By Christopher Curtis. Reprinted from the Montreal Gazette.

There’s no turning back now.

The thought looped its way around Clifton Ariwakehte Nicholas’s mind as he sorted through a pile of narcotics. It was, he thought, surreal to see the freezer bags sprawled out in his shop, each stuffed with fragrant, yellowish-green buds.

The dispensary is, strictly speaking, illegal. It puts Nicholas at odds with the provincial police who patrol Kanesatake and Grand Chief Serge Simon, who said last year that he won’t allow a dispensary on the Mohawk settlement without community consultations.

“I’m ready to face whatever is coming my way,” Nicholas told the Montreal Gazette. “I believe in my right to health, my right to exist and to prosper in my land. (Cannabis) is an important medicine, but that’s a side issue. The real issue is rights.”

Chief Simon was unaware of Nicholas’s dispensary until it opened Friday. He says he wants to call a community meeting to discuss quality control measures and other concerns about dispensaries in Kahnawake.

“I’m not against medical cannabis — in fact we’re open to it — but the community has to have its say,” Simon said on Friday.

Legislation by the government of Prime Minister Justin Trudeau to legalize a recreational cannabis market is expected to come into effect this summer. Together with the provinces, Ottawa will issue licences and subject the industry to quality control inspections.

Nicholas’s business is decidedly not a part of that system.

Like most Mohawk traditionalists, Nicholas doesn’t recognize the federal government’s authority over Kanesatake — a 12-square-kilometre parcel of land on the mouth of the Ottawa River.

The Kanesatake Mohawks never ceded their territory to the Canadian state and are involved in a drawn-out legal battle to reclaim much of that land. This may seem merely like an academic point, but Nicholas says he was prepared to die for sovereignty during the 1990 Oka Crisis.

That summer — when Mohawk Warriors and Sûreté du Québec officers exchanged gunfire in the pine cemetery outside Oka — Nicholas had just turned 18.

He joined the fight and says he can remember those long, sweltering days spent patrolling the forest with an AK-47 strapped to his shoulder.

“They told us to write a last will and testament,” Nicholas said. “If I died, I would have given away my cassette tapes, a shitty stereo and some posters. The sorts of things a boy would covet.”

Back then, Nicholas fought in the name of sovereignty to keep the Mohawk burial grounds from being converted into a golf course.

Now, 28 years later he’s betting his life savings, his standing in the community and his freedom on that same principle.

Clifton Ariwakehte Nicholas, who as an 18-year-old joined the fight during the Oka Crisis, has opened the first medical marijuana dispensary in Kanesatake. Then, as now, he says, he is standing up for his rights. PETER MCCABE / MONTREAL GAZETTE

Nicholas’s shop — called Smoke Signals — sells dried cannabis, cannabis oils and edibles to adults 19 or older who tell him they need to use it as medicine.

They don’t need a prescription from a doctor. As long as they present proof of age, Nicholas will sell them weed.

“If you come to me and you’re hurting, I have a responsibility to help you,” Nicholas says. “Indigenous people were using this plant long before Canada ever existed. I’m not a healer, I’m not a doctor, but I know this medicine and I know it works.”

Smoke Signals is the newest addition in a network of dispensaries sprouting up on First Nations territory across Canada.

As the federal government works with licensed producers to create a legal market for recreational weed, Indigenous communities are carving their own space outside the legal system. Most brand themselves as purveyors of medicinal cannabis, but many have an eye toward the recreational market as well.

“This is how First Nations in Canada will become self-sustainable. We’re going to control this from seed to sale.”

Stevenson says his shop sells between 50 and 80 pounds of cannabis each week. About 75 per cent of that product comes from Indigenous growers in British Columbia.

For each truckload of B.C. bud that passes through his doors, every nugget of every bag is put through a battery of tests. The product is inspected for contaminants like mould or animal hair. It’s put through a machine that uses light to determine potency and the genetic composition of each plant.

He calls this process the Red Feather Certification program. Stevenson even tests products destined for other dispensaries.

“We don’t want to be like the (Indigenous) cigarette companies, cutting corners to drive prices down,” says Stevenson, who uses cannabis to treat his anxiety. “This is a medicine and we need to treat it like one.”

In the past few years, places with names like Smoke on the Water, Legacy 420 and Cannabis Farmer’s Market have sprung up in Ontario’s Tyendinaga reserve, near Belleville.

Vendors in the Mohawk territory formed the Kenhteke Cannabis Association last summer after local police threatened to shut their shops. In the association’s first statement, the group of 10 vendors said it did not recognize the authority of Tyendinaga’s police or band council.

“We do not need permission to uphold our responsibilities to be who we are,” the statement reads. “We have a process for making decisions and resolving our differences through our clans and traditional system.”

The dispensaries stood their ground, and there are now 40 on the territory. Three sources in the Indigenous cannabis industry say many of these shops are pulling in at least $1 million in sales annually.

Stevenson says he donates a portion of his profits to the community’s women’s shelter, youth sports teams and other charitable causes.

Now it appears Nicholas — who spent much of last year working with dispensaries in the Tyendinaga and Six Nations territories — has brought that model to Quebec.

“I’m using the same quality-controlled product the other (Indigenous) dispensaries use,” Nicholas says. “As much as possible, we want to keep this in Indigenous hands.”

In places like Tyendinaga and Alderville — where Stevenson runs his shop — the dispensaries are tolerated by local law enforcement. Stevenson says he has a good relationship with the Ontario Provincial Police, who often drive by the shop.

“The reality is, with a cash business and all of the valuable product on hand, we’re vulnerable to robberies,” Stevenson says. “So having a respectful relationship with the OPP has advantages for both of us.”

Of course, that may not be the case in Kanesatake, where the SQ have taken down grow operations in the past.

About 400 provincial police descended on the territory in 2009, when they seized $1 million worth of cannabis and arrested 13 people. The SQ’s narcotics task force raided Kanesatake again in 2011.

Nicholas knows there’s a real risk his dispensary will be raided and he’ll see his life savings go up in smoke. But the upside, he says, is worth it.

“I’ve been poor my whole life. In my early childhood, there were 12 of us in a three-bedroom house growing up. My mother scrubbed toilets in Westmount to keep food on our table.

“At some point, shouldn’t we have the right to lift ourselves out of a bad situation?”

As the federal government works with licensed producers to create a legal market for recreational weed, Indigenous communities are carving their own space outside the legal system. PETER MCCABE / MONTREAL GAZETTE

The sovereignty Nicholas speaks of is a near universal concept in Mohawk communities, whose independence is codified by documents like the Two Row Wampum and the Jay Treaty.

Communities like Kahnawake and Akwesasne have waged court battles with Ottawa to secure their right to grow, manufacture and sell tobacco outside federal regulation.

“This is nothing new. If you look at the tobacco trade, the government will call it contraband and the Mohawks will call it commerce,” says Nicolas Houde, a political science professor at Université du Québec à Montréal who specializes in Indigenous governance. “In many ways, it’s an ongoing and unresolved conflict that goes way, way back.”

Perhaps the biggest reason behind Nicholas’s evangelical stance on cannabis is the effect he says it’s had on his life.

Last summer, after a decades-long battle with depression, Nicholas attempted suicide. When the attempt failed, he checked himself into a psychiatric hospital.

He says therapy helped him work through some traumatic childhood experiences but that the antidepressants he was prescribed only made his suicidal thoughts worse.

Midway through the summer, when Nicholas started dosing his tea with cannabis oil, he says he started feeling human again.

“There are some things from my past that I’ve held on to for a while and I turned to cocaine to try to numb myself to it,” Nicholas says. “Cannabis has helped me let go. For the first time, I’ve been able to just let go of it and start living again.”

After he checked out of the hospital, Nicholas started running every day. He’s lost 80 pounds and says he owes much of that to the healing properties of CBD (cannabidiol) — a component within the marijuana flower that lacks the psychoactive effects of THC (tetrahydrocannabinol).

Cannabis is increasingly being used to treat depression, according to Health Canada.

“Like I said, I’m not a doctor, I’m not a healer or a medicine man, but I know that cannabis has worked for me,” Nicholas says.

“It’s not for everyone, but if you’re out there and you need help, we want to help you.”