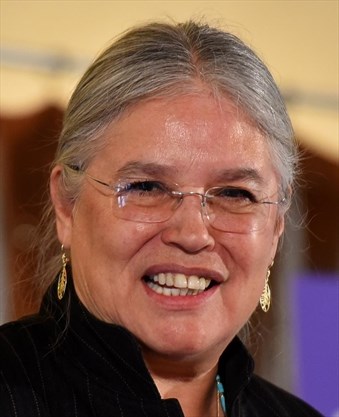 From the Hamilton Spectator link to article by Teviah Moro Nov 29th , 2018

That’s older than Ontario’s threshold of 19 for pot in Canada’s new legalized landscape.

OHSWEKEN — The Six Nations Nations elected-band council is proposing a minimum age of 21 to use, grow, distribute and sell recreational marijuana in its territory.

The proposed age limit is in draft cannabis regulations the most populous First Nation in Canada has released for community feedback.

“The age of 21 was suggested to protect the young people,” Chief Ava Hill said Thursday.

Exceptions are to be made for people under 21 who possess marijuana prescribed for medical reasons.

Hill noted the draft would go back to council to decide next steps following a forum that was to be held Thursday night.

The 22-page document makes clear Six Nations’ intention to assert autonomy through a law tailored to its needs.

In addition to ensuring health and safety, Six Nations’ draft regulations are meant to “prevent interference by external law enforcement into (its) domestic affairs.”

Hill said local officials are communicating with Premier Doug Ford’s government about the regulations. “We are still having discussions with the province.”

The act also allows the Attorney General to enter into agreements with First Nations, ministry spokesperson Brian Gray wrote in an email.

The Six Nations draft law says it aspires to balance the “concerns of both those in favour and those opposed to the legalization of cannabis in our community.”

Legalization presents socio-economic prospects for First Nations. Leaders have also expressed concern about how it might affect those struggling with addiction, a symptom of intergenerational trauma inflicted by colonization.

Ottawa passed the federal Cannabis Act in June, but Indigenous leaders have complained they were left out of the discussion.

On Thursday, Health Canada told The Spectator the government “acknowledges the interests of Indigenous communities and governments in establishing models and rules that meet their unique needs.”

But support for self-determination “must be balanced against” a consistent regulatory and legal framework across the country, spokesperson André Gagnon wrote in an email.

“As such, the Cannabis Act — like the Criminal Code — is a federal law of general application that will apply to all people in Canada, including Indigenous Peoples.”

The Six Nations draft law says regulations are to be overseen locally “at the exclusion” of the federal and provincial governments.

However, the law “may serve as the basis for the harmonization” of regulations elsewhere “for co-operation and mutual assistance.”

Council would strike a five-member cannabis control commission to oversee the rules at arm’s length. It could revoke, suspend or extend permits.

The commission is expected to deal with administrative breaches that could carry fines of up to $250,000 for individuals and $1 million for corporations.

In addition to fees, permit holders must remit 8 per cent of their gross cannabis sales at the end of each month to the elected council for community initiatives and a legal defence fund.

Council will “contribute to the defence of any permit holder” who has obeyed local law but is charged by provincial or federal authorities.

The draft law suggests prohibiting cannabis use in any public space, with fines of up to $1,000 for the first offence and $5,000 thereafter.

The Six Nations Police Service is to enforce criminal breaches of the law relating to use, possession and sales, for instance.