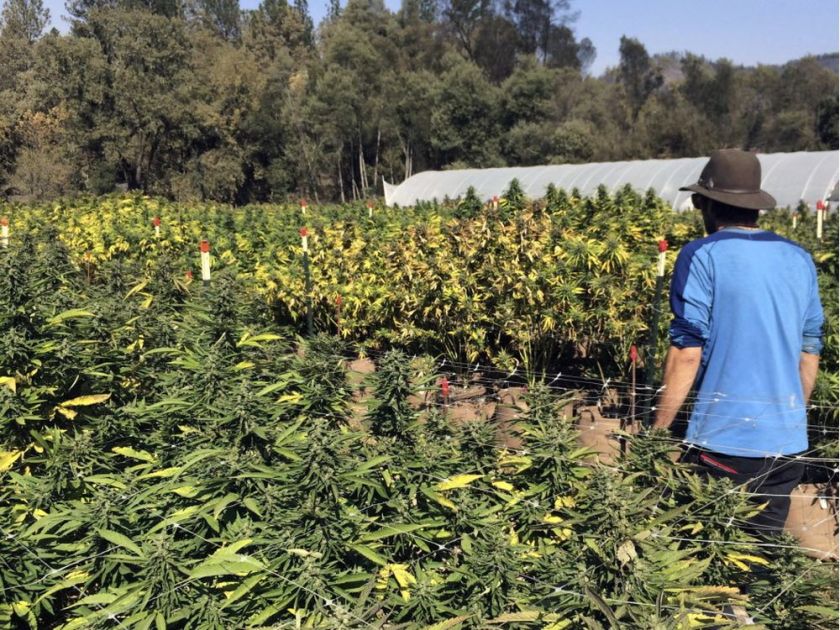 From theprovince.com link to article by Mike Smyth, March 11, 2018

Columnist Mike Smyth writes about marijuana legalization coming to B.C. What are the rules and who will benefit from them?

Near the historic native village of Kitwancool in northern B.C., the hereditary chief of the Gitanyow frog clan has his eye on an old logging site that could be the perfect place to grow a new cash crop.

“It’s already serviced with a power supply,” said Will Marsden. “We see an opportunity for our people to be employed in sustainable jobs in our traditional territories.”

Those jobs would be in the legal marijuana trade, coming soon to British Columbia and the rest of Canada.

The Gitanyow band is just one of many First Nations exploring opportunities in the recreational pot business now that legalization is getting closer.

Justin Trudeau’s federal Liberal government has promised legal marijuana by this summer, and there’s been a surge of interest from Indigenous communities.

“I’ve had chiefs come up to me in the last month asking what role they can play and what benefits they can achieve from a legal product,” said B.C. Indigenous Relations Minister Scott Fraser.

The provincial government has reached out to more than 200 Indigenous governments and organizations to consult with them about legal weed.

“The province has also been meeting with individual Indigenous governments as well as attending chiefs gatherings,” the ministry said, adding a formal “working group” is being considered to fully involve First Nations in discussions about legal marijuana.

But, like almost all aspects of pot, the issue is a complex one.

While some First Nations advocates are excited about the economic opportunities around legal marijuana, others worry about negative impacts in communities where substance abuse is already a problem.

“There are two sides to it and I hear both of them,” Fraser said.

Then there are jurisdictional and tax considerations. Marijuana production or sales on Indian reserves would fall under federal jurisdiction and conceivably operate tax-free.

Could that attract criminal involvement in tax-free pot, similar to the black-market trade in tax-free cigarettes smuggled off reserves?

But Phil Fontaine, a former national chief of the Assembly of First Nations and now a marijuana entrepreneur, said those problems can be overcome.

“Proper security would be critical,” Fontaine said. “This is about doing things right and operating within the legal framework.”

For one of the busiest cabinet ministers in the B.C. government, it’s all just one more set of challenging policy questions in the province’s overall pot plan.

“This really is a huge file and very complex,” said Solicitor General Mike Farnworth. “And the timeline is very tight.”

Legal recreational marijuana was originally promised by July 1, but that’s been pushed back by the feds to late summer and possibly beyond.

As the pot clock ticks down toward legalization, Farnworth is preparing to present a flurry of enabling bills in the B.C. legislature.

What does that mean for the dozens of existing “medical” marijuana dispensaries operating in Vancouver, Victoria and other communities?

“There’s no grandfathering taking place,” Farnworth said. “They will be allowed to apply, but that does not necessarily mean they will get a licence.”

Meanwhile, the province is waiting for more details from Ottawa about the overall rollout of legal weed.

“Things like packaging, marketing, advertising — we still don’t know what those final detailed regulations are going to look like,” he said.

“Then there’s the drug-impaired driving issue: the roadside testing, the machines that will be in place and available to the police. We’re still waiting for that.”

Another major component will be marijuana production, which will be regulated by Ottawa.

“Look at the massive success of B.C. craft beer — craft cannabis should be treated in a similar way,” Weaver said.

“The economic value — the jobs, the prosperity — is achieved when you protect small, local business. If you’re not careful, you get swamped by big multinational companies.”

Farnworth hopes B.C.’s first legal recreational marijuana stores will open this summer. But with so many competing interests, complex rules and inevitable lawsuits, he’s not predicting a booming startup business.

“I expect it will be phased in over time,” he said. “It may take a couple of years before you see the full system in place and functioning the way we anticipate.”

Until then, the scramble is on to carve up the pot pie.