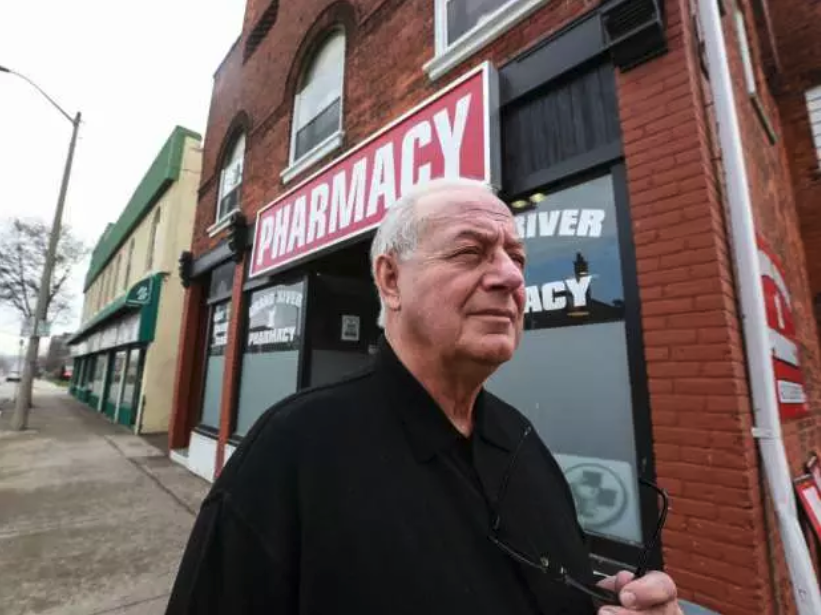 Patients said the Brantford doctor threatened to cut off their take-home doses and physically walked them into the store, according to a disciplinary ruling

An Ontario doctor used intimidation, threats and gifts to steer vulnerable methadone patients to the pharmacy linked with his clinic, according to “very serious” charges the province’s medical regulator has been ordered to investigate anew.

The case was revealed in a recent disciplinary-appeal ruling as Canada’s booming population of methadone patients — and the multimillion-dollar industry surrounding them — comes under increasing scrutiny.

Ontario’s College of Physicians and Surgeons failed to properly examine allegations of conflict-of-interest before clearing Dr. Jatinder Dhillon of Brantford, of wrongdoing, an appeal tribunal said in the decision.

Aided by new evidence in the form of signed statements from patients and pharmacy workers, the college should now “undertake any further investigation necessary” to assess the charges, said the Health Professions Appeal and Review Board.

Pharmacist William Brown, who launched the complaint, said dozens of the doctor’s patients alleged they were coerced to fill their prescriptions at a business in Dhillon’s building.

The pressure included threats to cut off their “carries” — doses of methadone they can take home rather than having to visit the clinic every day — and physically walking them into the store.

A former employee of the doctor’s company — JRD Corporation — said in a statement submitted to the review board that she was told to offer patients free drinks and snacks and the chance to win electronic devices and other prizes if they used Hope Pharmacy.

“The patients knew they were being manipulated. They were being used as billing numbers,” Brown said in an interview. “Pharmacy and medicine are separate … and there’s good reason for that. If the physician has a vested interest in the drugs, then obviously that will influence how he prescribes.”

But Dhillon rejected the allegations, saying he had no financial interest in sending patients to the pharmacy and suggesting Brown himself was motivated to complain by competitive reasons.

The physician declined to comment for this story, but told the College  he merely put up signs noting the pharmacy’s opening, without telling patients where to go. After the agency contacted him, he posted new notices saying patients had “complete independence” to choose their pharmacy.

“He denied doing anything immoral or unethical,” the appeal board ruling said.

Methadone maintenance is considered an invaluable, even life-saving treatment for many addicts — satisfying opioid cravings while stabilizing their lives — but rapid growth in its use has raised questions.

The number of patients in Ontario has soared from 3,000 to more than 50,000 since 1996, with equivalent increases in British Columbia and evidence of significant growth in some other provinces.

The change partly reflects Canada’s epidemic of prescription-opioid abuse, adding to the heroin addicts who traditionally have undergone the treatment. But a journal article by five Toronto-based addictions experts suggested that some people are being put on methadone indiscriminately, and cited in part the incentives for doctors to recruit more patients.

If the physician has a vested interest in the drugs, then obviously that will influence how he prescribes

Scores of physicians heavily involved in the field are billing the Ontario government more than $900,000 a year, including overhead, the province says.

Other experts say the system has simply pushed aside barriers to access that for years had denied desperate people the treatment they needed.

In Brantford, Brown said the saga began when Dhillon acquired the overall lease for the building in which his own pharmacy was a sub-tenant, took over a methadone clinic there and promptly evicted him.

Brown moved a few blocks away and continued dispensing methadone for the same 400 patients. But seven weeks later, Hope Pharmacy opened in Dhillon’s building, and the physician allegedly began to goad patients to fill prescriptions there.

The appeal board’s decision cited charges — to date unproven — that he automatically emailed prescriptions to Hope Pharmacy, and threatened to block one person from getting into a pain clinic run by his brother if the patient used another pharmacy.

Dhillon argued he has no economic interest in the business.

But Brown says that, before he was evicted, he received a bill from Dhillon’s JRD Corp. that set rent for the space at almost $12,000 a month — about 10 times what Brown is paying now for a similar space down the street.

“It’s a way of transferring the profitability of the pharmacy to the doctors,” he said.

The College’s inquiries committee considered the complaint but said it was restricted to a review of documents presented by both sides, and had no independent evidence to verify Brown’s complaints.

If true, though, the charges would be “very serious and unethical, in particular considering the vulnerability of the methadone-patient population,” the committee said.

Brown appealed the decision, and in the meantime collected statements from patients and members of his staff who heard their grievances.

The appeal board said the College should have investigated more thoroughly in the first place but, regardless, now has new evidence to consider.

Dr. Philip Berger, medical director of the Inner-City Health Program at Toronto’s St. Michael’s Hospital, said he couldn’t comment on the Brantford case, but voiced concern  about the many doctors who now focus entirely on providing methadone treatment, rather than offering it as part of a broader practice.

Some deliver excellent service, while others are “set up just to roll patients through,” said Berger, a member of Ontario’s methadone task force.

“It’s a way to make a lot more money than their peers in family medicine do,” he said.