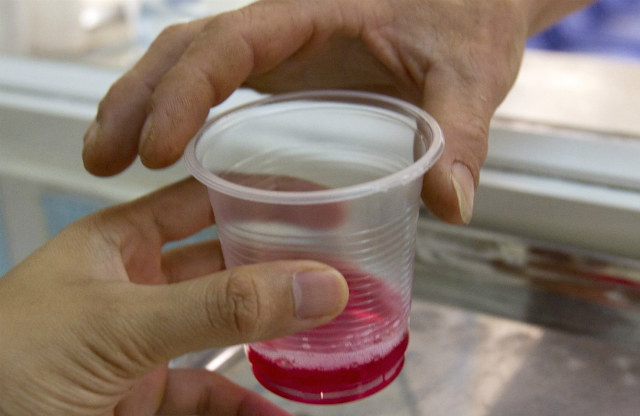 A U.S. addiction-treatment company has bought out Canada’s largest chain of methadone clinics, an acquisition that comes as more and more Canadians seek prescribed medication to manage their withdrawal from opioid painkillers and street drugs.

Texas-based BayMark Health Services announced last week that it has purchased Canadian Addiction Treatment Centres (CATC), a company that includes 72 opioid-treatment clinics, 19 pharmacies and one residential addiction-treatment centre, all of them in Ontario.

The residential facility included in the deal is GreeneStone, the Muskoka rehabilitation centre best known for treating the late Rob Ford in 2014, when the then Toronto mayor was trying to kick his drug and alcohol habits.

David White, the chief executive officer of BayMark, said his company decided to buy the Canadian chain after meeting its staff and observing the “caring nature” they exhibited in treating patients struggling to control their opioid addictions.

CATC was already a for-profit clinic operator, and there will be no change to the names of the clinics, or the staff that manage them, Dr. White said.

BayMark, which is privately held, did not disclose the price it paid for the chain.

Dr. White added that BayMark – which now operates 167 addiction-treatment facilities across Canada and the United States – was not deterred by the Ontario government’s decision in 2015 to halve the fees it pays doctors for reading urine drug-screening tests, once a large source of revenue for methadone clinics.

“We weren’t concerned,” Dr. White said. “We got comfortable with what was happening in Canada and how things were being reimbursed.”

The way that Ontario funds methadone treatment has come under increasing scrutiny in recent years.

A study published last year in the journal Drug and Alcohol Dependence revealed that more than half of the methadone distributed in the province in 2014 was prescribed by just 57 doctors, most of whom worked in high-volume clinics that provide little in the way of counselling or physician support for struggling patients.

That study did not reveal the names of the high-volume prescribers or where they worked, but it concluded that the top 10 per cent of methadone prescribers billed for an average of nearly $650,000 in services related to methadone in 2014, nearly twice the average gross annual billings for Ontario physicians.

Meldon Kahan, a co-author of the study and the medical director of the substance-use service at Women’s College Hospital in Toronto, said Thursday that the buyout of CATC renews his concerns about the funding model.

“It should make OHIP [the Ontario Health Insurance Plan] really wonder about the fact that this chain of clinics is so profitable that an American company thought that there was an investment opportunity here,” Dr. Kahan said.

Asked if the Ontario government had any concerns about the sale, a spokesman for the Ministry of Health and Long-Term Care pointed out that the ministry neither oversees nor directly funds CATC clinics. “[They] are private clinics, with physicians funded through OHIP billing codes for providing opioid maintenance treatment.”

The spokesman went on to describe the steps that the province has taken to make addiction treatment more readily available outside methadone clinics, including making buprenorphine/naloxone, sold under the brand name Suboxone, easier to access as an alternative to methadone.

A new Canadian guideline for the treatment of opioid addiction, published Monday in the Canadian Medical Association Journal, recommends Suboxone as a preferred first-line treatment – ahead of methadone, which requires special training and federal exemption to prescribe.

David Marsh, the medical director of CATC and a dean at the Northern Ontario School of Medicine, said CATC clinics already offer Suboxone and are working to provide as much support as they can to their clients under the province’s restricted funding model.

He said over 60 per cent of CATC clinics now offer counselling on site at least once a week.

Dr. Marsh added that he would welcome more doctors and family health teams offering addiction-treatment services in their offices.

Published in Methadone and Reprint