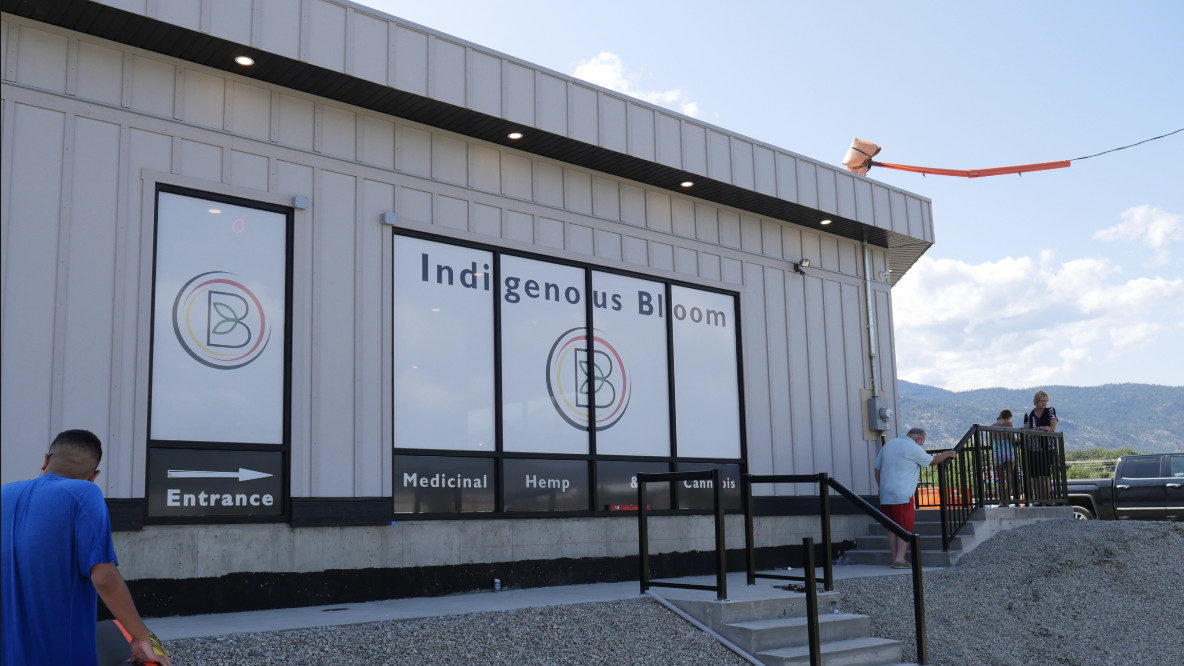 A new cannabis store has opened up on Penticton Indian Band land.

Indigenous Bloom, a chain that has locations in other areas of the province, opened its doors on the west side of the Penticton Channel on Green Mountain Road Wednesday morning.

The store is on locatee land, meaning it is privately owned by a PIB member.

The store is not listed on the provincial government’s website of approved Liquor and Cannabis Regulation Branch cannabis retail operations.

A manager at the store declined to comment to media. He said the store is planning an official opening in September, to which media will be invited.

The store advertises itself on signs in its windows and on the roadway as a medicinal cannabis store, and will be open from 9 a.m. to 9 p.m. seven days a week.

The cannabis store is under the same brand as others which have opened up on First Nations lands without provincial licensing.