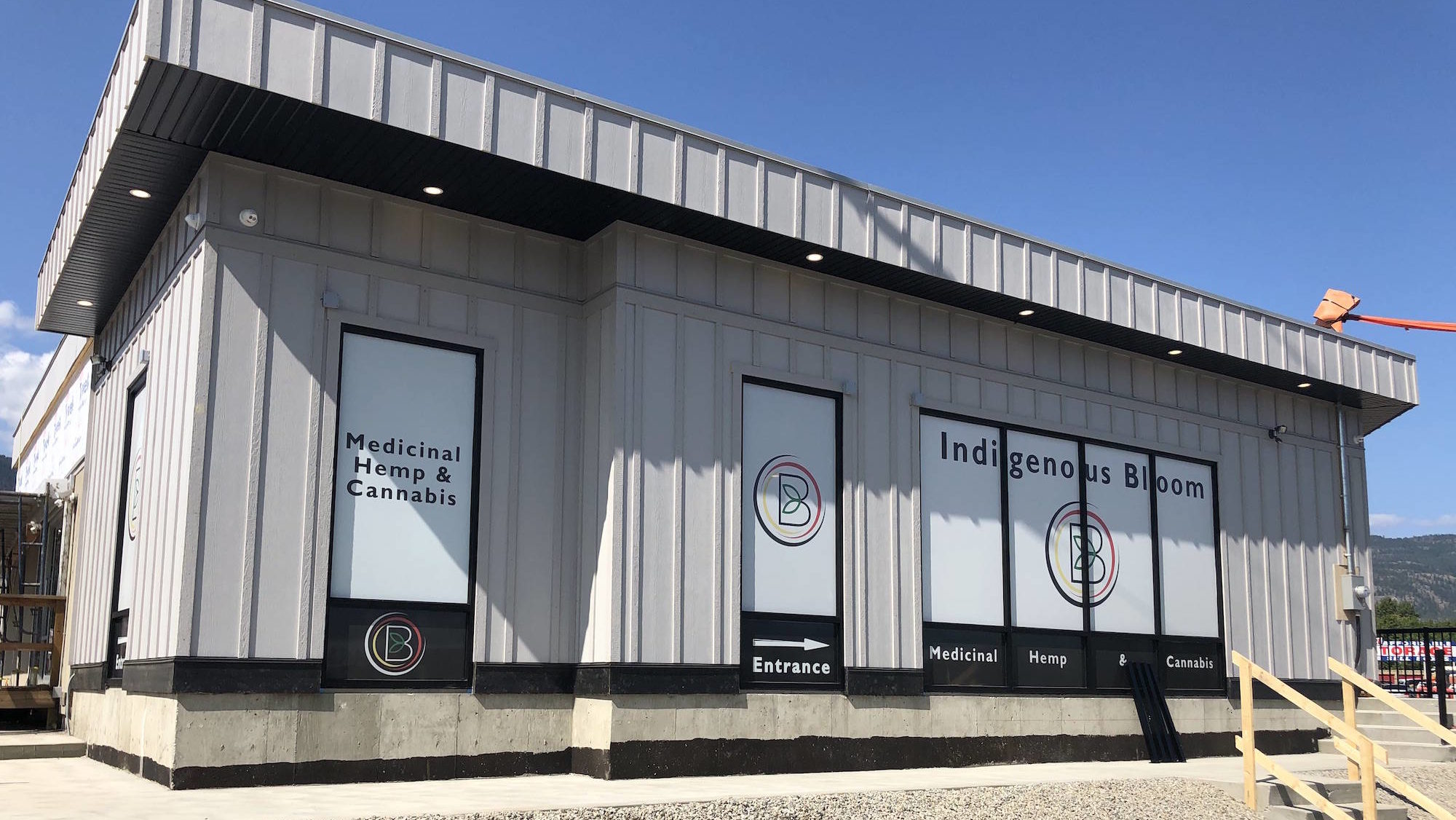 A brand-new cannabis retail store on Penticton Indian Band land could be short lived, since it does not have a provincial licence to operate and the government has confirmed it will be cracking down on illegal shops.

Indigenous Bloom opened Aug. 14 on Green Mountain Road. Its manager has repeatedly refused to answer any questions, and the Penticton Indian Band has also declined comment.

While the store is on Indigenous land, that does not exempt them from federal and provincial laws regarding cannabis sales.

“The requirement to hold a provincial non-medical cannabis retail licence applies on reserve and treaty settlement lands, including locatee land,” said Hope Latham with the Ministry of Public Safety and Solicitor General in an email to Castanet.

The provincial Ministry of Attorney General confirmed that only businesses currently listed on the Liquor and Cannabis Regulation Board’s website are approved by the province. Indigenous Bloom is not one of them — of Penticton shops, only Spiritleaf, which opened last weekend, and Cannabis Cottage, which has yet to begin operations, are on the list.

Latham said illegal retailers that do not obtain a provincial licence will have to close.

The province will not issue a license on Indigenous land without the support of the local nation. The Penticton Indian Band has yet to craft their own rules regarding cannabis retail.

The Indigenous Bloom company has previously opened shops on Indigenous land in other communities without obtaining a provincial licence.