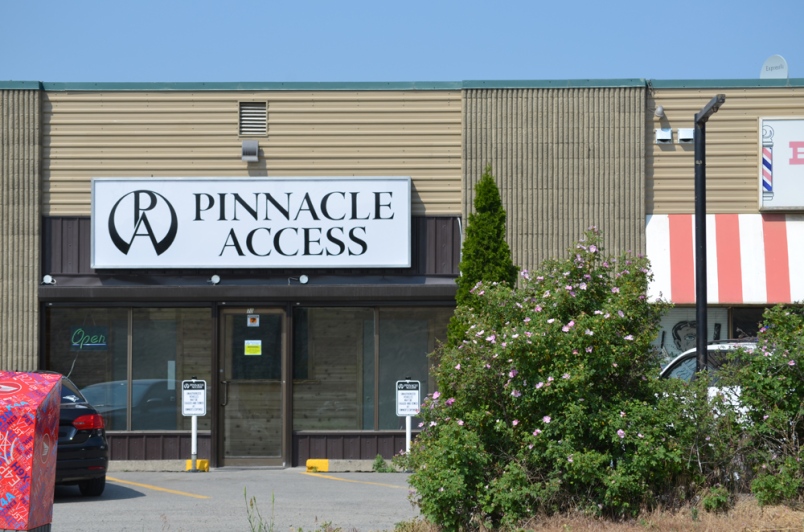 The first retail cannabis shop on the Tk’emlups te Secwepemc (TTS) reserve appears to be out of step with provincial and federal laws.

But the Tk’emlups chief told KTW the First Nation does not require approval from Ottawa or Victoria.

Posts on the shop’s Facebook page state Pinnacle carries more than 40 types of marijuana concentrates, as well as edibles.

According to Health Canada spokesperson Geoffroy Legault-Thivierge, selling those products is illegal, on and off First Nations land.

“That goes for the entirety of Canada right now,” he said.

The regulations legalizing those products are still being drafted and must be brought into force by no later than Oct. 17, he said.

Co-owner Eagle Casimir referred questions regarding his business to the Tk’emlups band, with which it has a business licence.

Asked why Pinnacle Access is permitted to sell the items, she argued Canada has created legislation concerning the permitted sale of edibles, adding it is the province that is still working on regulations. She said the band is ensuring health and safety standards are being met.

However, as confirmed by Health Canada, only a draft of proposed regulations for legalizing edibles and concentrates has been completed and the products remain illegal.

Pinnacle Access is not on the list of private non-medical cannabis retail store locations that is continually updated by the provincial government. The lone private retailer in Kamloops is included on this list.

Cannabis retailers in B.C. require a provincial retail licence — a requirement similar to liquor laws that applies across the province, including on reserves and treaty settlement lands.

Rosanne Casimir said a reserve-based shop does not require provincial or federal approvals.

“Tk’emlups, along with many other First Nations across Canada, are asserting their inherent right to uphold their traditional governance,” she said.

The chief added the band is ensuring its regulations and bylaws for cannabis are harmonized as best possible with other governments, including the requirement that products sold are from a licensed producer.

According to the Ministry of Public Safety and Solicitor General, however, the B.C. Liquor and Cannabis Distribution Branch — the lone wholesaler for B.C. — isn’t permitted to sell cannabis to unlicensed retailers.

Colin Hynes, a spokesperson for the ministry’s Community Safety Unit (CSU) said the agency is focused on educational campaigns and will liaise with local First Nations.

Based on provincial laws, Hynes said, Pinnacle Access would be considered an illegal dispensary.

“But the CSU wouldn’t just go in and confiscate all their items. They’d be talking first with that council and working through the process — they want to be respectful in all situations like this,” Hynes said.

Asked if the CSU is engaged with the Tk’emlups band with respect to Pinnacle Access, Hynes said the ministry is “not commenting on individuals specific operations,” as per policy.