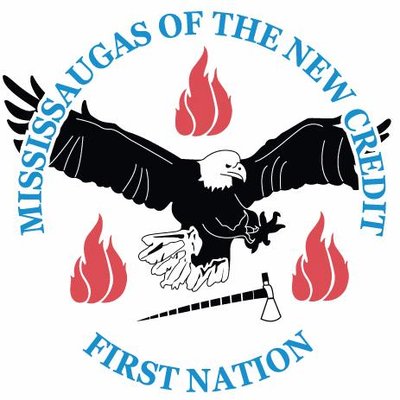 The Mississaugas of the Credit First Nation Council passed a motion on Monday March 18, 2019 to approve the MCFN Cannabis Control Law. The purposes of this Law are to:

(a) protect the health and safety of the Nation’s members and other persons resident within, or visiting, or doing business within the Nation’s treaty lands and Territory and, in particular to protect the health of children and young persons by restricting their access and exposure to cannabis, edibles and extracts, and other cannabis by-products;

(c) facilitate a regulated and controlled cannabis industry that will promote and enhance socioeconomic development, fiscal self-sufficiency and tangible benefits for the Nation;

(d) provide market advantages for the legal cultivation, processing, distribution, and retail sale or medical dispensary of quality-controlled cannabis within and from the Nation’s treaty lands and Territory;

CHRONOLOGY OF EVENTS AND ACTIONS TAKEN

June 20, 2018 – Prime Minister Trudeau announces the legalization of recreational cannabis in Canada will take place on

October 17, 2018 October 4, 2018 – Health and Social Services held an information session on Cannabis and Drug Paraphernalia at the Community Centre

October 27, 2018 – Monthly Gathering Meeting held at the Community Centre with the only agenda being a “Cannabis Discussion”. There were approximately fifty (50) people in total in attendance at the meeting. The agenda and presenters were as follows:  Councillor Larry Sault gave an overview of the investment MCFN has in Weed MD  Former Regional Chief Isadore Day gave a background overview of “Where We (i.e. First Nations) are Today” in regards to Cannabis since the Prime Minister’s June 20/18 announcement on the legalization of recreational cannabis in Canada  OPP representatives provided a very thorough overview of how the OPP were handling the legalization of cannabis in Ontario based on it becoming legal just ten days before this October 2018 Monthly Gathering at the MCFN A question and answer period followed each presentation that was made. There was an open and general discussion on the legalization of cannabis. The community members were invited to have their say on the legalization of cannabis and how it should be handled within the MCFN. There was a general recognition by those present that cannabis was and will continue to have a presence with the MCFN and that the legalization by Canada makes it necessary for the community to make decisions on how to handle this new legal reality. CONCLUSION OF THOSE PRESENT AT THE OCTOBER MONTHLY GATHERING ON CANNABIS: Cannabis has been in the MCFN community for years and will continue to be in the MCFN community for years to come based on the new law passed by the government of Canada. There is a need for MCFN to investigate this newly legal substance and make decisions on how it will be handled within the MCFN territory

December 3, 2018 – two RFPs were posted on the MCFN website. One for the development of a MCFN Cannabis Control Law and one for a cannabis business sector analysis

December 17, 2018 – MCFN Council approves the signing of a funding agreement with Two Rivers to provide the funds required for the Cannabis investigation and development of the cannabis control law to be undertaken

March 6, 2019 – the suggested changes/amendments to the Law that were the result of the Council’s review were discussed with OKT Law and two slight amendments were made to the Law

March 12, 2019 – Chief and Council were provided a copy of the final draft of the MCFN Cannabis Control Law

March 18, 2019 – the MCFN Cannabis Control Law was approved by a motion of Council.