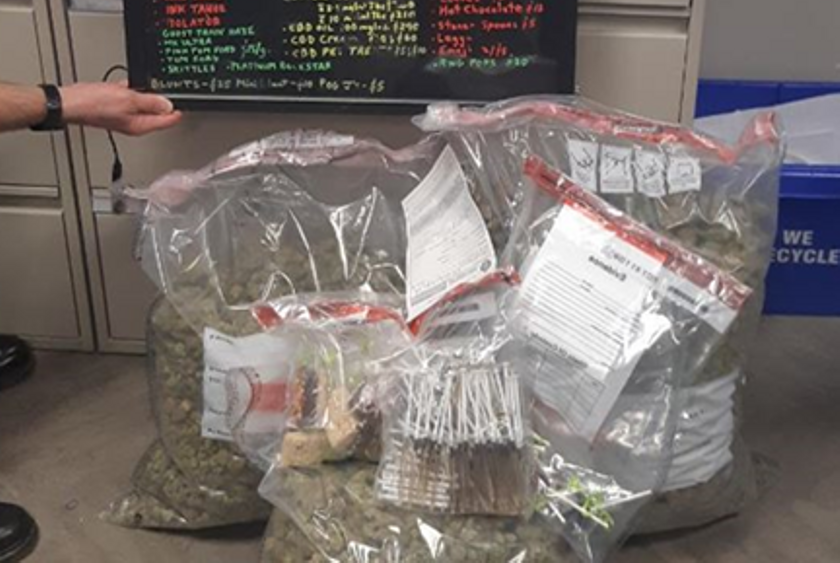 From the Sarnia Observe link to article by Louis Pin  December 21st, 2018

Sarnia police arrested four people and seized more than $121,000 worth of cannabis, edibles and cash from the Pot of Gold Medicals and Edibles store south of Sarnia, in the Aamjiwnaang First Nation.

The arrest happened mid-afternoon Thursday. Police say the business interior was in disrepair when they raided the location. In total $99,880 worth of cannabis buds were seized along with roughly $12,700 in edibles and more than $9,000 in cash.

All cannabis seized was procured illegally, police say. The same business was also raided earlier this year, in mid-September.

Four men were arrested in the raid. Two, ages 33 and 20, are from Sarnia. One man, 62, is from Corunna. And the last person, 37, is from the Aamjiwnaang nation.

All are charged with possession for the purpose of sale.