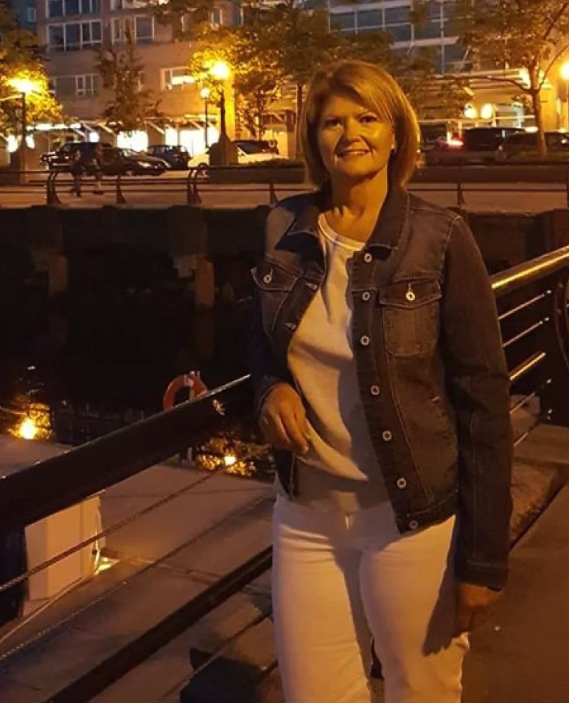 Alderville and Hiawatha, separated by a few dozen kilometres, have a big divide when it comes to marijuana 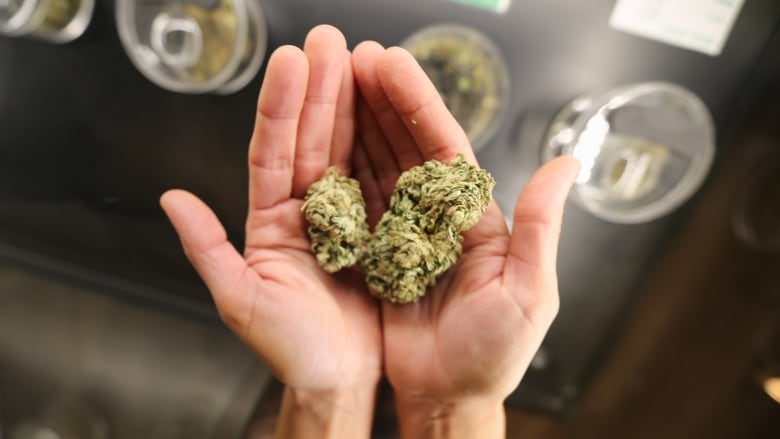 Alderville and Hiawatha First Nations are preparing for cannabis legalization in their own ways. (Martin Trainor/CBC)

On the south side of Rice Lake in southern Ontario, Alderville First Nation is becoming increasingly known as the ‘Green Mile,’ a moniker inspired by the number of cannabis dispensaries that have cropped up along the stretch of County Road 45 that runs through the community.

Hiawatha First Nation, about 50 km to the north of Alderville, has taken a different approach, putting a moratorium on all businesses and for-profit enterprises relating to the production and sale of cannabis on the First Nation’s territory.

As the legalization of cannabis approaches, the two small Mississauga Anishinabeg communities are each preparing in their own way. 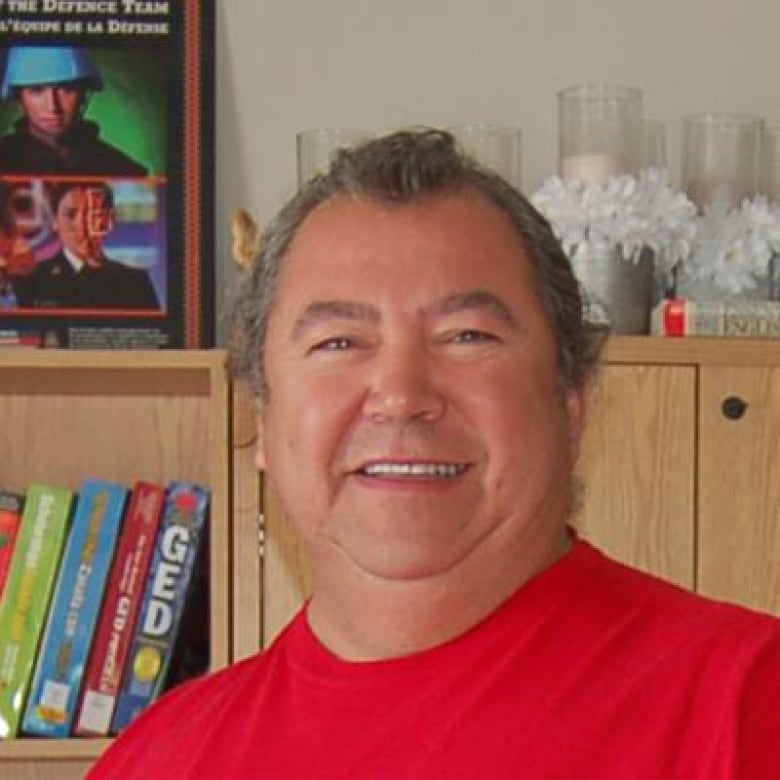 Alderville Chief Jim Bob Marsden said council remains neutral on the issue of cannabis shops along the ‘Green Mile’ for now by not being directly involved with any of the businesses. (Facebook)

“He said he was only into the medical part of the cannabis so we listened to him and thought, ‘Well, OK that’s kind of a good idea,'” said Alderville Chief Jim Bob Marsden.

To sell chief and council on the idea, Tucker brought them to Toronto to see his storefront.

“It was all secure and seemed pretty up and up, so we said ‘OK sure we’ll support the medical [dispensary],'” said Marsden.

According to the federal Access to Cannabis for Medical Purposes regulations, “Storefronts selling marijuana, commonly known as ‘dispensaries’ and ‘compassion clubs,’ are not authorized to sell cannabis for medical or any other purposes.” The illegal storefronts “are subject to law enforcement action.”

On Aug. 17 2016, the dispensary was raided by the Northumberland OPP and Tucker was charged with two counts of possession of cannabis for the purpose of trafficking. He later pleaded guilty to one count and was fined.

Now there are eight dispensaries in Alderville, all claiming to be medicinal.

The provincial framework for legalization says that the only legal way to obtain recreational cannabis will be through the Ontario Cannabis Store online. It can be obtained medically through a federally licensed producer online, by written order or over the phone and delivered by secure mail. Dispensary storefronts will still be illegal.

Marsden said council remains neutral on the issue for now by not being directly involved with any of the businesses but it would like to explore potential business frameworks that could benefit the community after legalization. 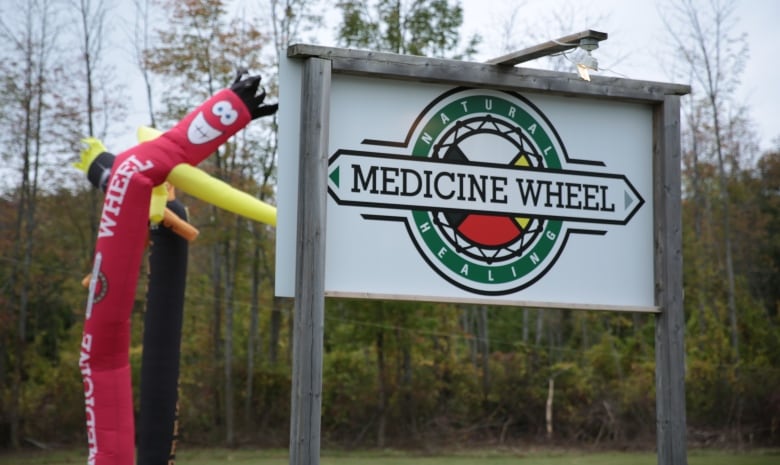 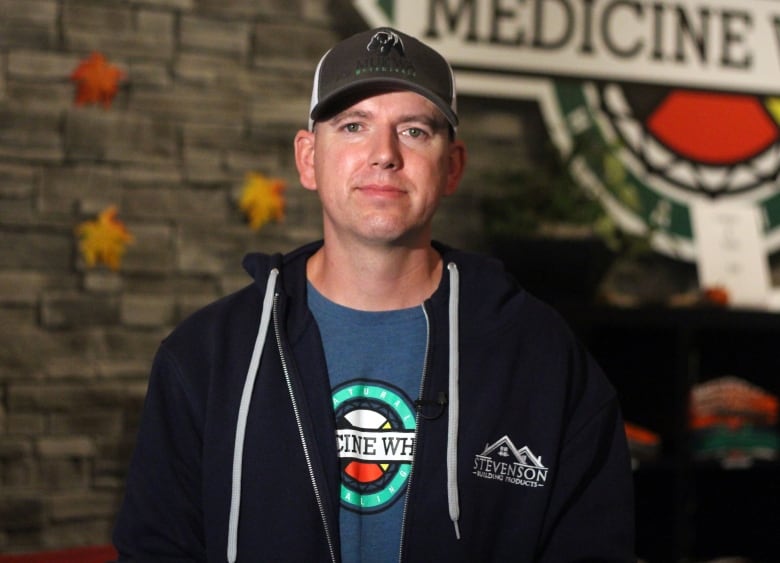 ‘We can put ourselves in a position where we don’t need the government’s money anymore,’ says Rob Stevenson, owner of the Medicine Wheel Natural Healing Dispensary in Alderville First Nation. (Talia Ricci/CBC)

“We’re working with the other dispensaries to really try to regulate ourselves since no one’s done it for us yet,” he said.

Stevenson sees cannabis as an opportunity for First Nations to exert sovereignty.

“We can put ourselves in a position where we don’t need the government’s money anymore. We can be self sustainable and then we have more control over our people and the way we live.”

Eighteen years ago, Joe Godfrey was injured by a forklift in a workplace accident that left him with chronic back pain.

After being on different pain killers he was prescribed codeine contin, which his wife Tammy says made him irritable. She described it as a Jekyll and Hyde situation.

He began consuming cannabis through edibles seven years ago and was eventually able to stop taking the prescription pain killers. 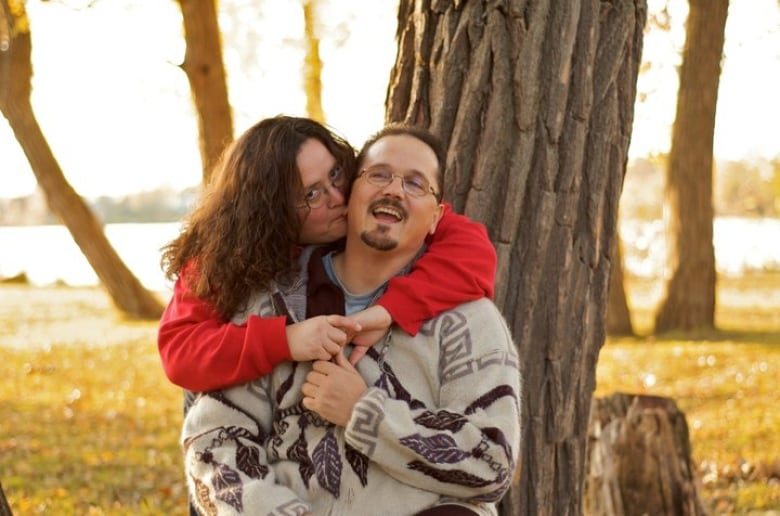 She is a member of Hiawatha First Nation, which is where the family lives, but she travels to Alderville sometimes to acquire cannabis for her husband.

She said she would like to see a dispensary in Hiawatha and thinks it would be a smart move for the local economy.

“They could benefit from it so much.”

The concern for Hiawatha First Nation is doing business in the “grey area” of cannabis regulations. 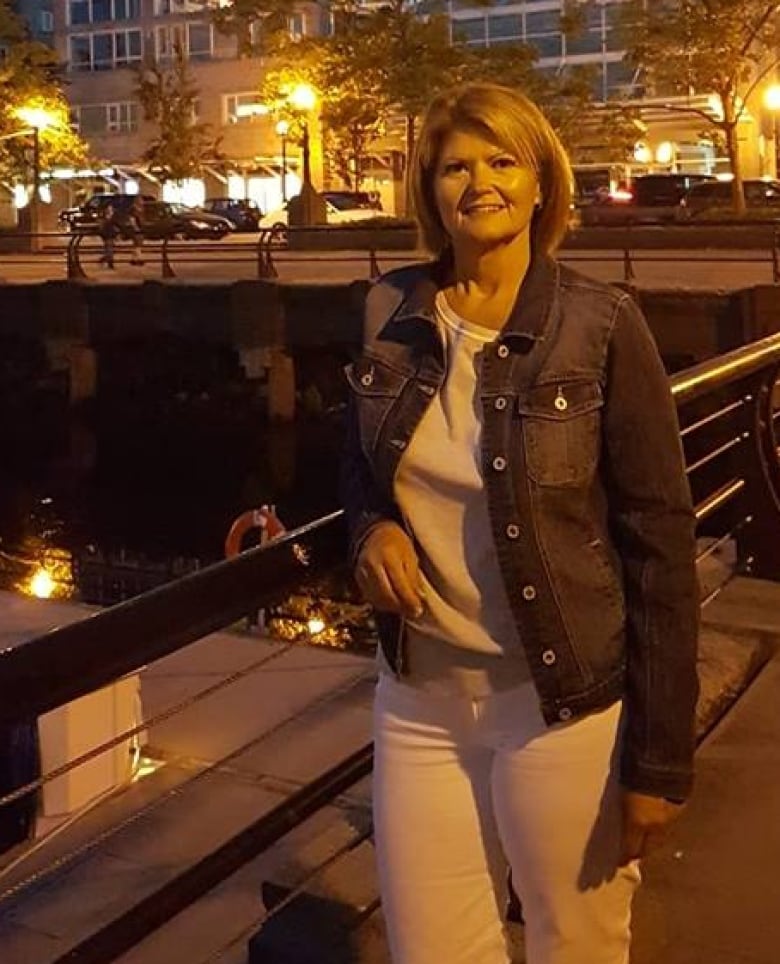 Carr said Hiawatha First Nation was advised to stay out of the grey area by a lawyer.

Some of the risks that Hiawatha seeks to avoid are financial investment with no return guarantees, and questions of where product is being supplied from and who might have vested interests in moving cannabis, potentially inviting criminal action into the small community.

“For me, it’s always about thinking about the youth and the seven generations ahead,” said Carr.

The moratorium was announced in May and eventually will the decision will be made by community vote. Before the vote takes place, Hiawatha will hold a series of information meetings.

So far there has been one community information meeting and Carr said she expects to hold a couple more before the vote. 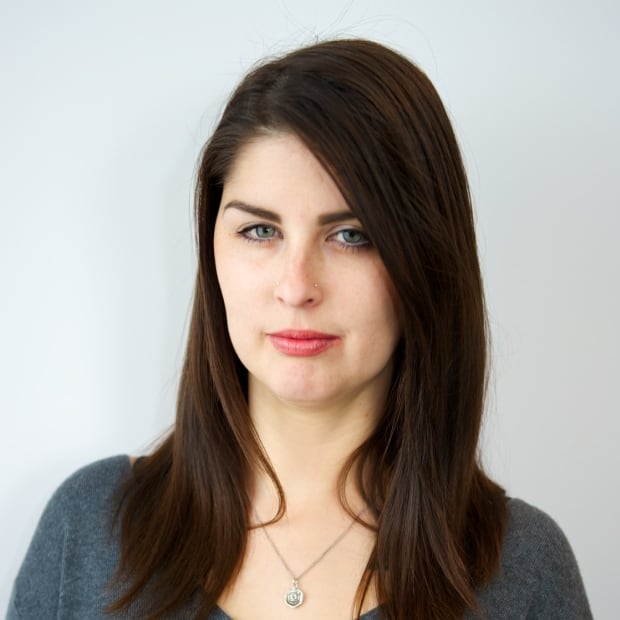 Rhiannon Johnson is an Anishinaabe journalist from Hiawatha First Nation based in Toronto. She has been with the Indigenous unit since 2017 focusing on Indigenous life and experiences throughout Ontario. You can reach her at rhiannon.johnson@cbc.ca and on Twitter @rhijhnsn.