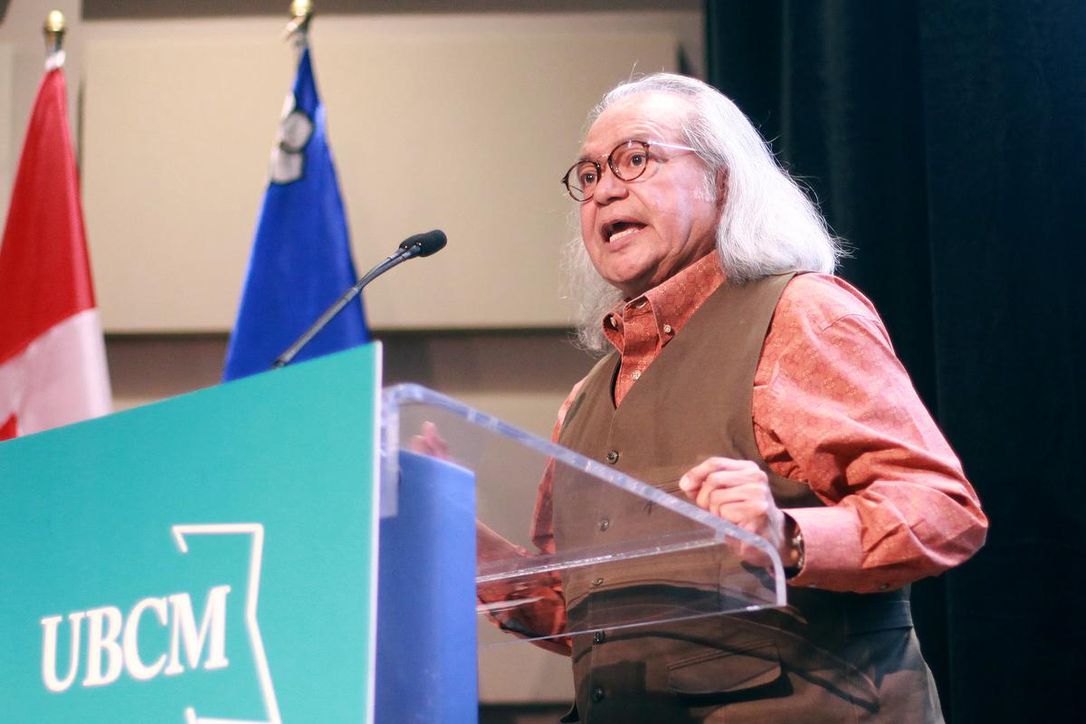 WHISTLER, B.C.—Should the more than 200 First Nations in British Columbia get a piece of the pot tax pie after cannabis is legalized in Canada on Oct. 17?

Such a major reform — potentially allowing Indigenous governments to charge their own taxes for the first time off-reserve — would be one practical step toward reconciliation, some Indigenous leaders argued at the Union of B.C. Municipalities annual convention here Monday.

The province’s Indigenous relations minister, who signed a renewed pact with the UBCM on reconciliation with First Nations, said “everything is on the table” but stopped short of a commitment.

The proposal for a share of the lucrative legal marijuana trade could see city and band councils start to fight together for a common cause, or pit them against each other.

“That’s where the rubber hits the road,” Manny Jules, chief commissioner of the First Nations Tax Commission, said to loud applause from city politicians and Indigenous leaders. “When we talk about tax — and tax is indeed the blood of governments — I know the (UBCM)’s position is you want more of the cannabis tax, or at least some of it.

“We’re saying the same thing as First Nations communities. It can’t just be divided between federal and provincial governments. We’re the ones who have to deal with all the social polices and the implementation issues.”

Jules spoke at an opening session of the UBCM’s convention, at which civic leaders from across the province debate how to advance common causes and proposals.

Municipalities have no power or status in the Canadian Constitution, but are considered merely “creatures” of provinces. Yet it’s local governments that bear the social costs of policies such as cannabis legalization, whether in policing, economic decisions or health care.

“A lot of issues we face are the result of federal-to-provincial off-loading” of such responsibilities, Jules said.

Minister of Indigenous Relations and Reconciliation Scott Fraser told StarMetro that he’d consider such proposals, even if he wanted to avoid being “prescriptive” about particular solutions without knowing more.

However, he said Monday’s signing of an updated memorandum of understanding — first signed in 2015 and renewed every three years — is a chance to also gain an updated knowledge of what reconciliation actually means, “not just on paper but on the ground.”

“We’re agreeing to all work together, so everything is on the table,” Fraser said in an interview. “We need to think outside the box for reconciliation.

“This (memorandum) formalizes that opportunity to look at options around taxation, revenue-sharing and all those things.”

Taxation has been a hot topic this week in Whistler, as cities currently can’t apply new taxes without provincial approval.

Adding First Nations to that mix could raise important questions that would put the province’s commitment to reconciliation and implementing the United Nations Declaration on the Rights of Indigenous Peoples to the test.

“We’re proposing an amendment to extend jurisdiction outside of reserve lands,” said Squamish Nation member Harold Calla, the chair of the First Nations Financial Management Board who has served as an economic development negotiator for the band.

“We want an economy; we’re tired of the welfare-based economy in which we’re forced to live, a legacy none of you have responsibility for, but which you have responsibility over now,” he added. “We’re starting to work on getting land, getting taxing jurisdiction, and capacity to realize the benefits that can be achieved from that.”

The Indigenous Relations Ministry is already looking at revenue-sharing options in another area: gambling. It said it’s working with the Finance Ministry talking to First Nations about “expanding opportunities for their share of B.C.’s gaming industry revenue,” which already happens in Alberta, Saskatchewan, Manitoba and Ontario.

But it remains to be seen, as municipalities themselves vie for their share, whether such a “reconciliation tool” might extend from jackpots to joints.