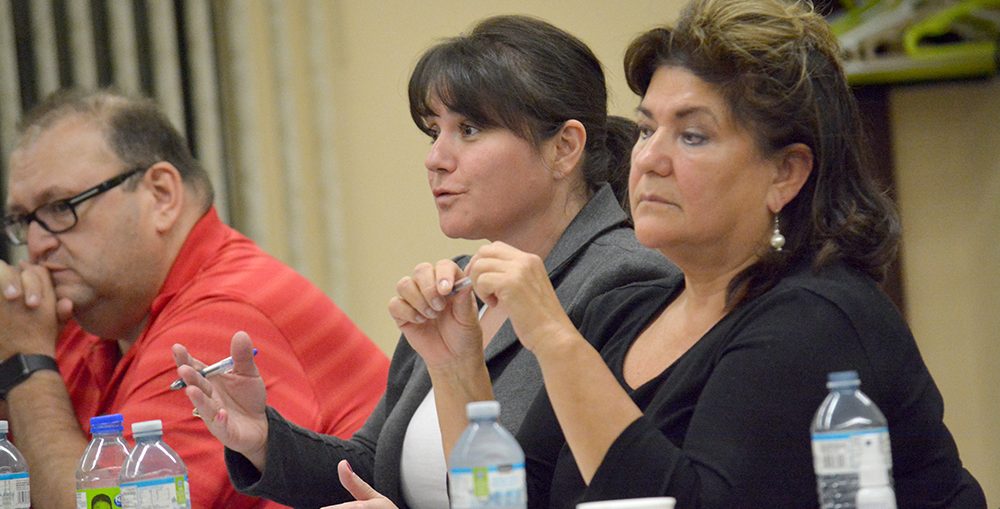 A proposed Cannabis Control Law was hit with criticism at Tuesday’s Mohawk Council of Kahnawake community meeting, for blazing its way through the Community Decision-Making Process (CDMP).

The draft law is currently undergoing a 30-day feedback period, which was extended until the end of the month due to technical difficulties with the Kahnawake Legislative Coordinating Commission’s (KLCC) website.

“The community doesn’t have a say in any part of this law,” said Jeremiah Johnson.

While he wasn’t talking about the opportunity to submit feedback, he expressed concern about the law being categorized as a Type II regulatory law, with only one potential public session scheduled.

“Type II laws take the power completely away from the community. It’s all done behind closed doors,” said Johnson.

“Why only one when it’s such an important issue? There should be a greater level of consultation than that. In all honesty, you’ve taken this whole process away from the community.”

Johnson submitted his own draft legislation to the KLCC in October 2017 prior, to MCK chief Rhonda Kirby. He felt no integral parts of his draft were incorporated into the draft that was released to the community last month.

There are two types of legislation through the CDMP, and KLCC coordinator Leslie Skye explained the difference.

“If we don’t get through the entire law, there will be a second, a third, as many meetings as it takes to address everyone’s concerns and to go through that law.”

Not only was the process of creating the law criticized, but so was some of the content, including the proposed age requirement of 21 years old to be permitted to purchase or posses cannabis products in the community.

“You are losing your target audience with that age,” said one community member. “What about those kids that are 18, 19, get busted with that weed? Then they have a record. Alcohol, you can drink legally at age 18. Make it the same age.”

The recommendation came from Kahnawake Shakotiia’takehnhas Community Services and the Kahnawake Peacekeepers.

“The idea is fundamentally to send a message that this can damage your brain, try to wait as long as you can,” Derek Montour, executive director at KSCS, previously told The Eastern Door.

“Looking at the age of 21, it’s not about getting people arrested or prosecution, it’s more about education and prevention. We’re not focusing on arresting people,” said Deer.

Council issued a moratorium on the production, distribution, and sale of cannabis in September until the proposed law is ratified through the CDMP, as a way to avoid situations happening in Tyendinaga where several small dispensaries popped up last year.

“We need to make sure we’re keeping our community safe and by opening 200 cannabis retail shops is not going to make it safe, and that’s the whole reason why we’re doing this. It’s not to discourage anybody trying to have their own manufacturing, but it’s not as easy as growing it in your garage,” said Kirby.

With rising printing costs, overhead and inflation, community newspapers like The Eastern Door are finding it increasingly more difficult to keep afloat. But here’s a way you can help: Please consider a financial contribution to help us keep doing what we do best; telling the stories of our people in a contemporary medium – a solid archive of our cherished history. Your kind donation will go towards a paper that stands as equal parts historical record, in-depth, informative and award-winning news, colourful stories, as well as a big boost to the local economy by employing 95 percent local workers. Also, please consider subscribing to our e-edition, which comes out Thursday night, at www.easterndoor.com today, or pick up your copy Friday morning in Kahnawake, Kanesatake, Akwesasne or Chateauguay. We exercise real freedom of the press every single day. Without our reporters fighting for the truth our community would be missing something. E-transfers are accepted at: news@easterndoor.com. Niawenhkó:wa, thank you for your support!