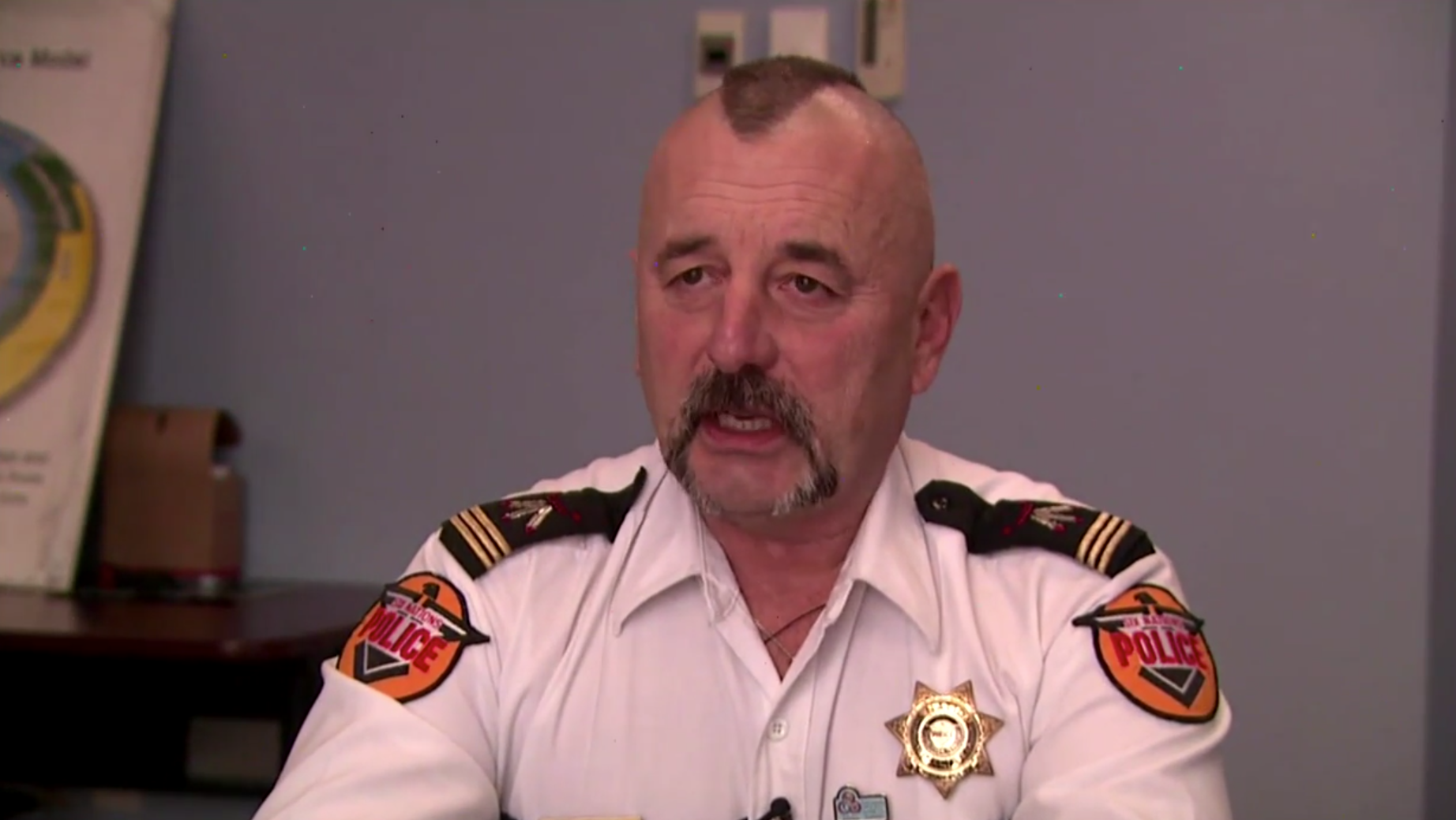 APTN News
Six Nations police raided a marijuana dispensary earlier this month arresting the owner and a few others.

It’s what the band council appears to want and so does the chief of police.

“They should wait until they are dealing with a legal commodity,” said Glenn Lickers, chief of Six Nations police, a First Nation south of Toronto.

“We all know in a few months it’s going to be legal, but right now it’s not.”

The federal government is set to legalize marijuana as of July 1.

The owner of Green Health for 6 believes council and police are being too strict on something that is happening on many nations across the country.

“In other territories their band councils are embracing it and more or less saying it’s a grey area that they are not going to touch,” said Jeff Henhawk. “I think that our band council should at least work with us or put out a mandate.”

The reserve has drug problem and the manager of the shop said the weed offers an alternative to hard drugs.

“We are trying to offer a medicinal plant-based medicine here to counter and fight the opiate addiction,” said Aaron Sault. “The number of narcotics that are in our community here on Six Nations is ridiculous.”

Council declined to be interviewed but sent a statement to APTN News.

“Until federal legislative amendments have been enacted to legalize and regulate the use and sale of cannabis, Six Nations Elected Council remains of the position that cannabis is a controlled substance,” the statement said.

“As such, and in the absence of applicable Six Nations laws and regulations, the Elected Council considers cannabis subject to the Controlled Drug and Substances Act.”