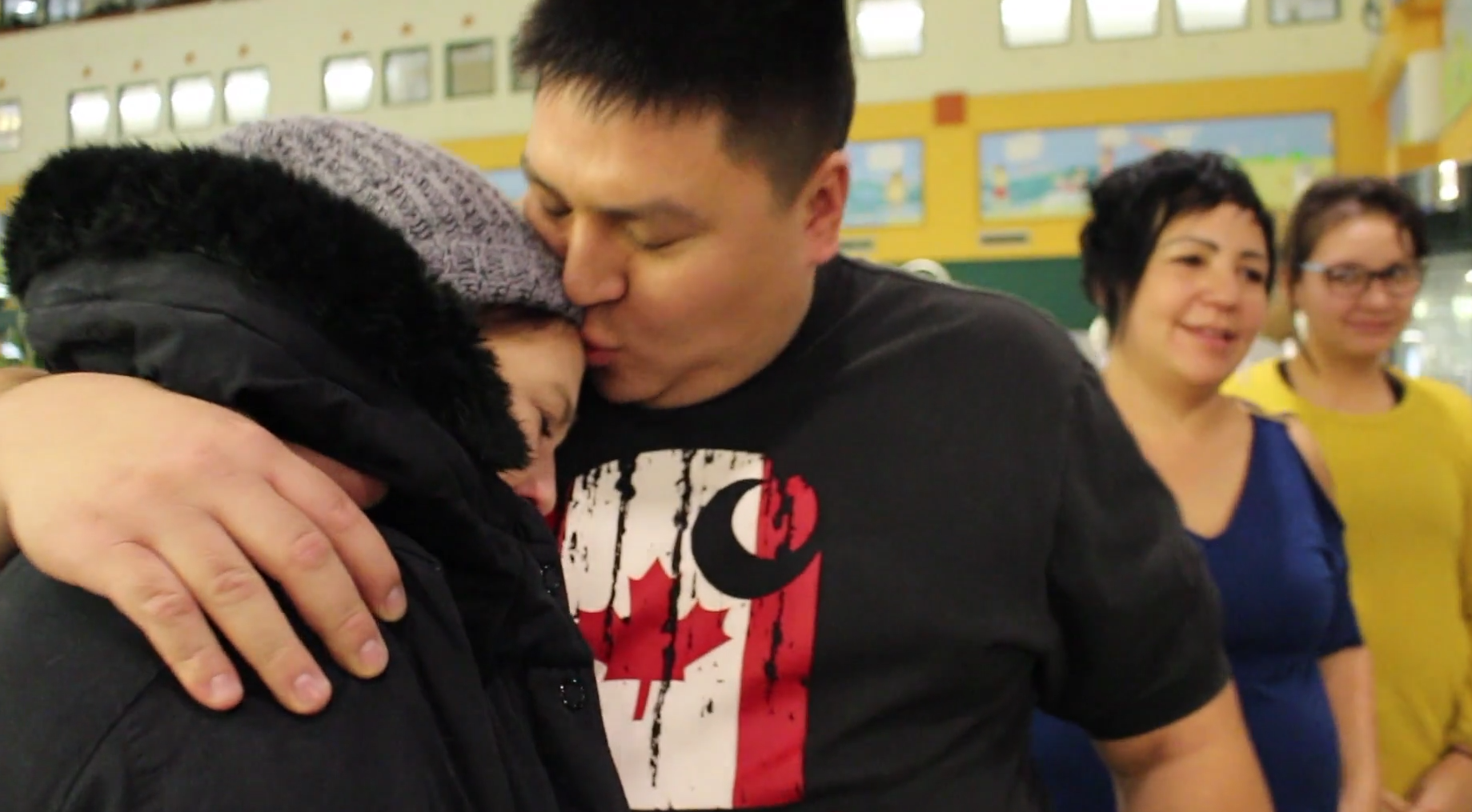 TORONTO – For many Indigenous communities, medicinal cannabis has become an important economic asset, bringing prosperity to many of those entering the industry. In Wahnapitae First Nation, dispensary owner Chadwick McGregor is determined to share some of that wealth with his community.

“In December we ran a contest called Bringing you Christmas, where we got people to submit video submissions of families that needed help,” said McGregor at Toronto’s Sick Children’s Hospital as he introduced the winners.

The chosen family was that of Autumn McCulligh, a young child from Garden River First Nation who was born with Ebstein’s Anomaly, a rare heart condition that has worsened since April of this year, when she was first taken to the hospital. According to her mother Maggie, complications stemming from surgery led to a severe brain injury which left Autumn fully disabled.

“We are really appreciative,” said Maggie, barely able to hold back her tears. “This is very important. This is the hardest year ever. She doesn’t deserve to go through this. Thank you!”

The support from First Nations Medicinal has enabled the family to get through Christmas without having to worry about their immediate financial situation. Christmas gifts were provided for the whole family, and McGregor even provided mom and dad with tickets to a Leaf’s game so they could get a much needed break.

“Because of being out here in Toronto, they haven’t been able to continue to pay for the living expenses,” explained Eliot Gauthier, McGregor’s business partner and girlfriend. “So we’re going to help them do that. Every week all the proceeds from the donations we raise are going to go to their landlord.”

McGregor’s contribution is coming at a time when debates over who should control the cannabis industry in Indigenous lands rages across the nation as the Federal government unveils their legalization scheme for next year.

For McGregor, who swears by the healing properties of the cannabis plant, an Indigenous-controlled industry will mean the difference between one anchored in profit-making and one anchored in community-building.

To this end, McGregor said he is working to make First Nations Medicinal, which opened in September of this year, much more than just a dispensary. Having himself battled with addictions, McGregor said he wants to turn the place into a centre to help those with opiate and alcohol addictions, and to help “get people off medications in general.”

“I suffered addictions in the past, and cannabis helped me,” he said. “And I’m now off of all medications and living a very healthy life, and I know that I owe it all to cannabis.”

First Nations Medicinal, located at 287 Moonway Road, in Wahnapitae First Nation, is closed for the holidays but will re-open on January 2.

Published in First Nations Medicinal, Giving back and News