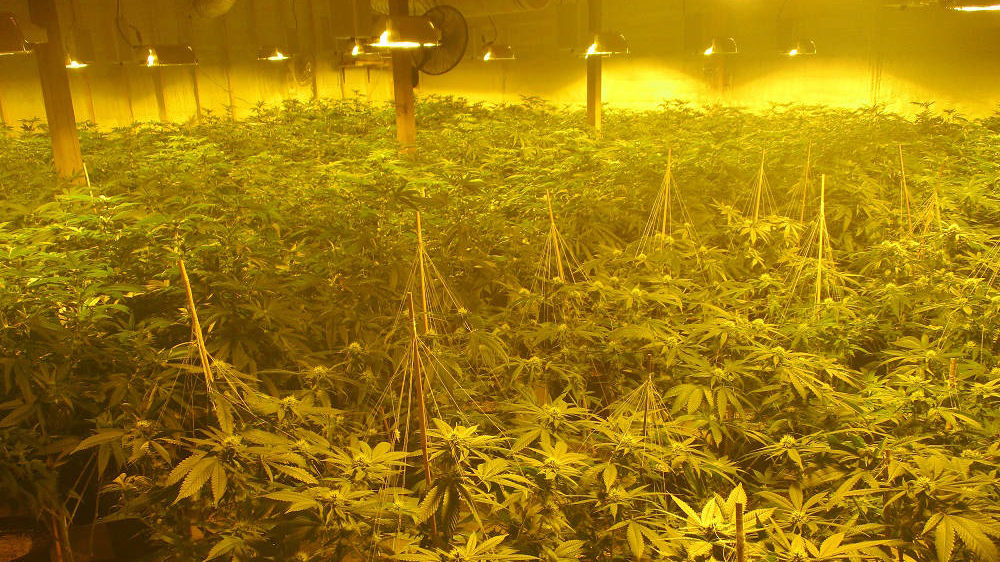 Three men face charges and 3,800 plants were seized at a marijuana grow operation busted on the Soowahlie Reserve near Cultus Lake on Nov. 16.

Mounties say the investigation stemmed from a call made to the RCMP on Nov. 7 by an individual requesting police assistance at a property in the 4600-block of Sweltzer Creek Road.

Mechanical noises and suspicious structures on the property were reported to the Chilliwack Crime Reduction Unit (CRU) by General Duty (GD) officers on scene.

Three men were taken into custody and 3,800 marihuana plants were seized by police during the raid.

The three men were later released from police custody, and RCMP will submit all circumstances of the investigation in a report to Federal Crown Counsel for charge assessment.

“Alert GD officers and timely investigation by CRU were key to preventing a large quantity of drugs from reaching the streets of our community,” Chilliwack RCMP spokesperson Cpl. Mike Rail said.