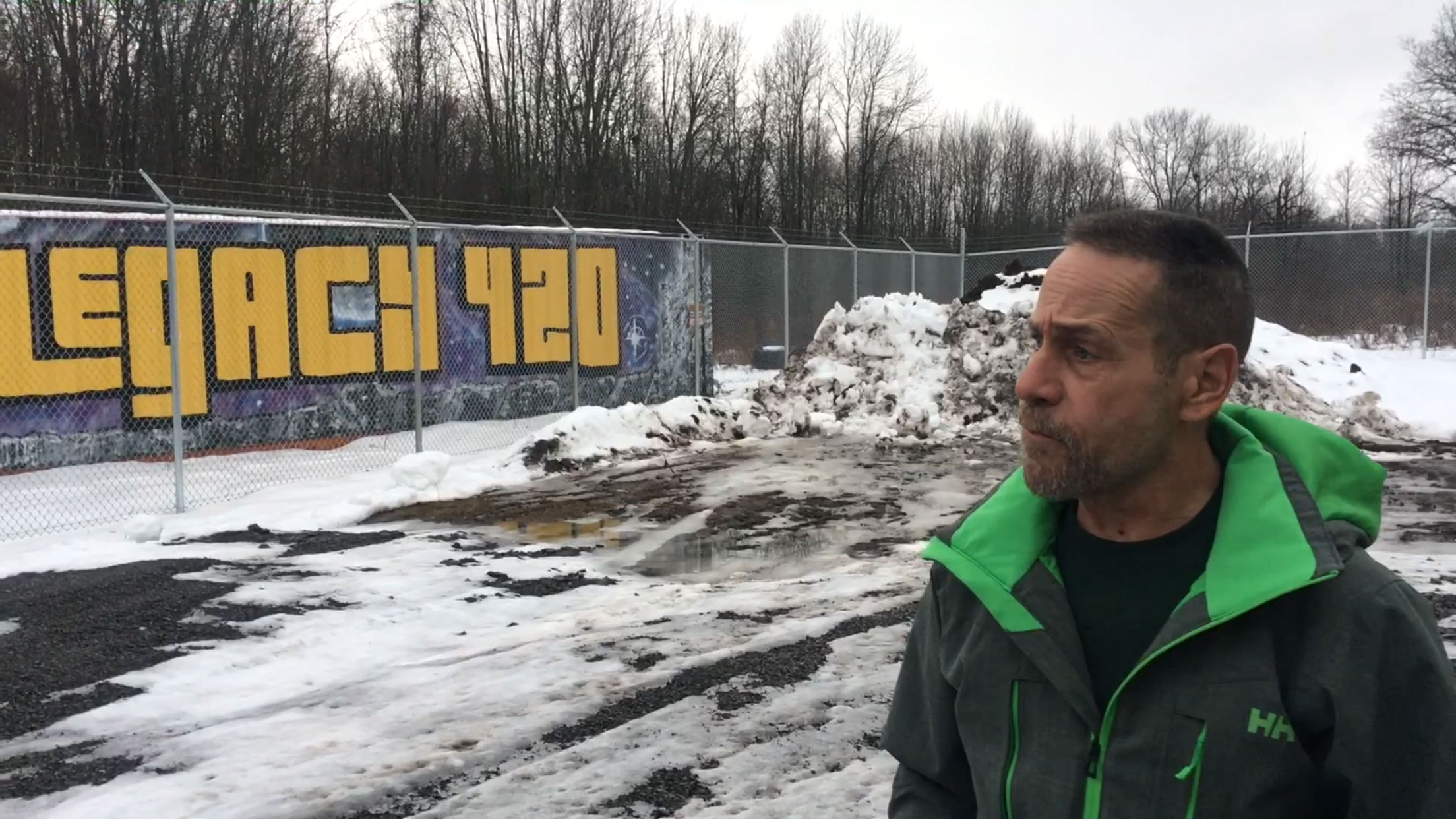 TYENDINAGA MOHAWK TERRITORY – Business is booming at Legacy 420, Tyendinaga’s first medical cannabis dispensary. Day after day, from morning until night, the parking lot and storefront at 5965 Old Hwy 2 in Tyendinaga is packed with customers looking to purchase medical marijuana to treat their ailments. According to owner Tim Barnhart, most of his customers are coming from off reserve, and they largely consist of a mature clientele, many of whom are suffering from significant health problems. For them, the fact that Barnhart’s store is a short drive from Highway 401, one of Canada’s busiest highways, makes it convenient and accessible, given how few medical marijuana dispensaries there currently are outside of Canada’s big cities.

With marijuana legalization in Canada expected in the spring of 2017, Barnhart’s business is one of hundreds of medical marijuana dispensaries that have sprung up across Canada in the last year. By treating access to medical cannabis as a human right, Barnhart and many other grassroots entrepreneurs like him have made it possible for an increasing number of Canadians to access medical grade cannabis and exercise what courts have deemed a constitutional right to treat themselves.

What distinguishes Barnhart’s efforts from many others is that his business is located in the Mohawk community of Tyendinaga, and that he sees the cannabis plant as a powerful economic stimulus that could enable indigenous communities to finally break with the legacy of Canadian colonialism and rebuild their own economies on their own terms.

When hemp production was criminalized in 1923 in Canada, its production and sale was forced underground. Especially since the 1970s – when smoking the plant became popular – that has meant that most production has taken place through small scale personal growing or the efforts of organized crime. And with marijuana consumption rapidly growing, the Canadian government now estimates that the black market production of marijuana is bringing in an estimated $7 billion a year in income.

Governments and corporate interests want their piece of this massive underground economy, and this is the real reason behind the Trudeau government’s push for legalization. And while finalized plans for cannabis legalization have yet to be fully announced, early signs indicate that government regulations will benefit the big pharmaceutical and agro-industrial companies which are poised to take over the fledgling medical cannabis industry once it is legalized. The preferred Canadian government solution is a “factory” model of growing, in which only those with deep pockets, ties to the existing system, and millions of dollars of investment capital can afford to compete.

But Barnhart has visions for an alternative medical Cannabis industry controlled by neither organized crime or big pharma. He wants indigenous peoples on reserves across Canada to become major players in growing medical cannabis on reserve and for indigenous people to build multiple industries that will allow them to benefit from every aspect of this versatile plant’s gifts.

As Barnhart puts it, “The medical cannabis industry provides native peoples with a way of being self reliant. There’s no doubt in my mind that if all native people worked together this could be something massive for our people.” While the most obvious target market for a native owned and operated medical cannabis industry would be the steady stream of non-natives who are already coming to purchase their tax-free cigarettes and gas on reserve, Barnhart has even bigger dreams of selling native cannabis on the global market.

“With our comparative advantages, we would literally beat the factory model. We could start shipping it internationally. The factories [licensed by Canada] already ship their product to Asia and Brazil and are allowed to ship it internationally. As indigenous people we have always traded internationally, and since we did so pre-confederation, so why can’t we do it now?”

With recognition of the independent economic rights of Indigenous peoples enshrined in international legal frameworks like the UN Declaration on the Rights of Indigenous Peoples Barnhart’s views aren’t just pie in the sky. According to Article 20 of the UN declaration:

“Indigenous peoples have the right to maintain and develop their political, economic and social systems or institutions, to be secure in the enjoyment of their own means of subsistence and development, and to engage freely in all their traditional and other economic activities.”

Such a legal framework clearly indicates that Indigenous people can no longer be stopped from developing their own institutional and political frameworks to build and grow their own economies. In 2014, Barack Obama let it be known that US federal authorities would no longer interfere with medical marijuana grown on US Reserves as long as they complied with state regulations and protocols for medical marijuana. This decision has led to over 100 US native tribes taking steps to begin medical marijuana initiatives. And with some 23 US states having already legalized medical marijuana, and more including Colorado, Washington DC, and California having legalized recreational use as well, it is clear to many indigenous nations that the time is now for investment in the medical marijuana industry.

Barnhart is putting his money where his mouth is. He is giving back to the community (he donated $10,000 in cash to the food bank this Christmas season) and he is ploughing the profits from his business right back into further expansion on reserve. Barnhart grew and sold over 1000 plants outdoor on his land in Tyendinaga last year. From that revenue he is building a new 7500 square feet retail store that 420 Legacy will be moving into in February of 2017. He is also building greenhouses and purchasing land to grow medical cannabis on an even bigger scale.

Barnhart says he grew some 1000 plants in Tyendinaga in 2016, and that it was enough to completely fill two 40 foot shipping containers. “We got one crop in by May 24th long weekend. That crop paid for that road and this building. Now the police can’t say we’re using organized crime to enrich ourselves. No, we’re using our own supply. This is our marijuana that we grew with our own hands, in our own soil. Here we don’t need it [organized crime]. There’s too many of us with too much knowledge and too much ambition.”

Barnhart wants to put that knowledge and ambition to work in building training and certification programs for workers in the Indigenous medical cannabis field. His new building has dedicated space for classroom and training facilities.

“In the new building we’re going to start having courses and seminars to teach people how to grow and propagate the plants. We’re going to try and spur their imagination and get them excited and into the cannabis industry. There’s so many areas of this industry that people can specialize in. If you teach them the right way and show them how to do it, there’s opportunities for everybody.”

Barnhart notes that those working with him at Legacy 420 are making good money. “We pay $15 an hour to start. We’ve got folks making $50,000 – $70,000 a year depending on their experience. It’s a serious trade. Everyone has to have a certain amount of experience if you’re going to succeed, and you have to pay a living wage.”

Expect to hear more from Barnhart in 2017. He is working with a group of other native growers and sellers of medical cannabis to create an Indigenous Medical Cannabis Association to advocate for native interests and to encourage self-regulation of their industry. For more information about Barnhart and Legacy 420, please check out their Facebook page, call them at 613-969-1849, or drop by the storefront (located at 5965 Old Hwy 2 in Tyendinaga Mohawk Territory.

Published in Advertorials, Legacy 420 and Tyendinaga