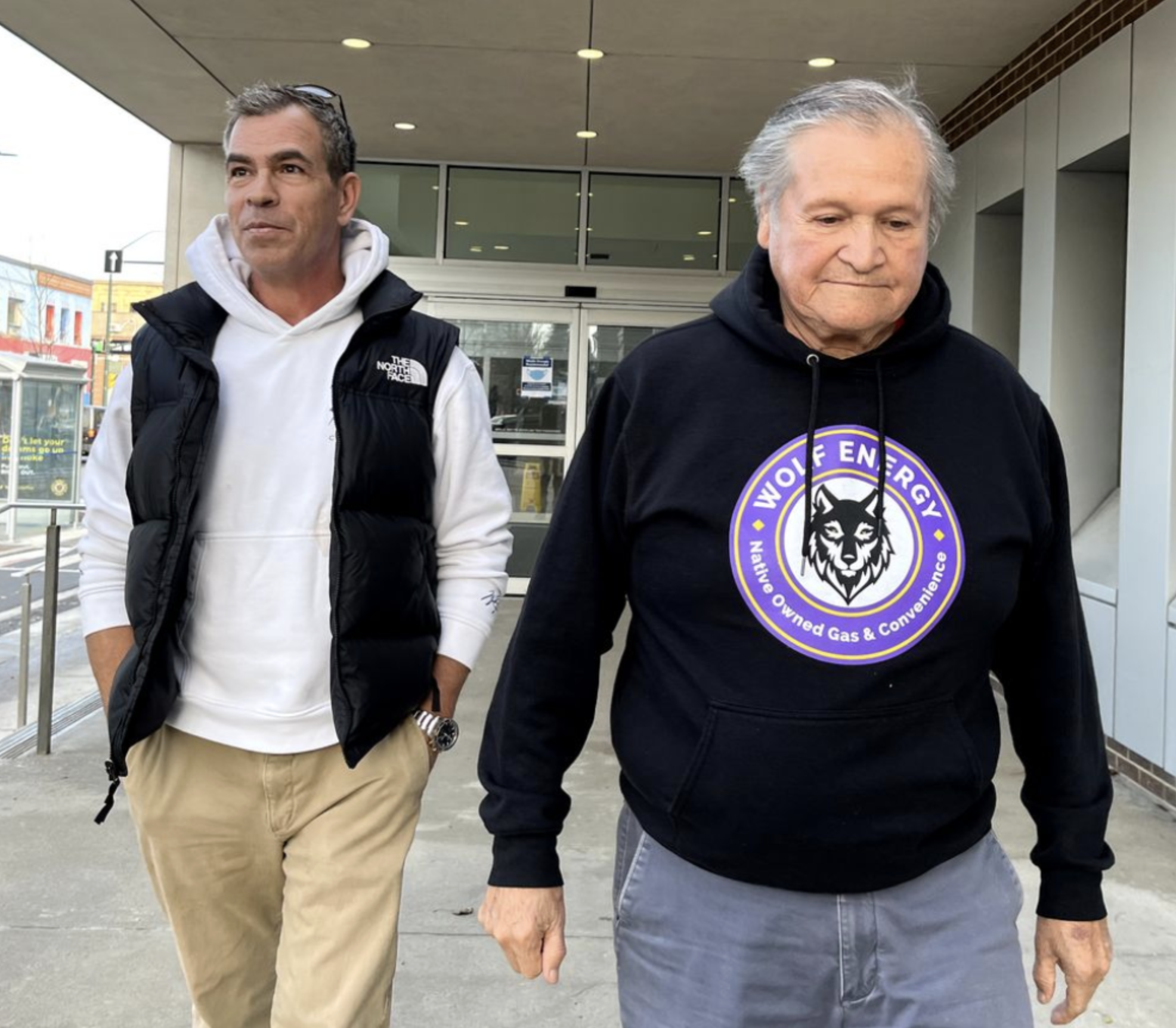 On Thursday, November 24th Spirit River Cannabis celebrated with a soft opening of London Ontario’s first sovereign cannabis retail space. The store which is located at 72 Wellington Street is now open to the public welcoming anyone who wishes to purchase tax-free flower, concentrates, vaporizers, edibles, topicals, tinctures, and other quality-tested cannabis products.

The store is open 24 hours a day 7 days a week and with more than 85% of the retailers’ shelf space dedicated to indigenous brands and the remainder filled with cannabis brands that are committed to sustainable, socially responsible practices. This cannabis trading post offers a unique array of products unlike any other in the region.

Maurice French Owner & Operator of the sovereign dispensary belonging to the Crane Clan of the Chippewa Nation with support from the land owner and CEO Loredana Onesan opened this location, in the spirit of reclaiming some of the traditional territories within London Ontario with the hope for the beginning of economic reconciliation between the city and first nations people.

“We want to exercise our right to be here. As First Nations, we’ve been stuck back on our little piece of clay – our little territories for a number of years, and we’ve never been given the chance or taken the opportunity  to exercise our rights elsewhere, especially on our traditional territories. That’s why we’re here today to start relations between the landowner and the city.” says Maurice French

Treaty 6 the London Township Purchase was signed on September 7, 1796. The territory described in the treaty spans 30 kilometers and includes the traditional lands of the Haudenosaunee, Lūnaapéewak, Attaandaron, and Anishinaabek peoples. This treaty has never been challenged by First Nations people, until now.

Chief Del Riley a Hereditary Crane Clan Chief of the Chippewa Nation, former elected Chief of the Chippewas of The Thames First Nation, Former President and Land Claims Director of the Union of Ontario Indians, and the last President of the National Indian Brotherhood worked in the negotiation and creation and protection of Aboriginal and Treaty Rights (Sections 25 and 35) in the Canadian Constitution.

As an expert, advocate, and supporter, Del Riley shared his perspective on the Indian Act, a piece of legislation that stands in the way of other indigenous entrepreneurs like Mr. French. “They used this (the Indian Act) to keep the resources of the country and to keep First Nations so much in poverty that they can’t rise above that. Today I’m trying to help our people get out of the racist situation they’re in under Canada’s apartheid law the Indian Act.”

On opening day, Chief Del Riley and Maurice French delivered letters to London Police Chief Steve Williams and Mayor Josh Morgan. The documents outlined how Maurice is exercising his constitutionally protected rights, ending with an offer to meet to further discuss the nation’s understanding of “our inherent rights and treaties.”

Both parties acknowledge receiving the letter. However to date, neither has been willing to provide a comment on the matter.

The Indian Act created in 1876 was designed to assimilate Indigenous peoples into mainstream society and as such, it includes many restrictions and limitations. Under the act indigenous people are prohibited from hiring legal representation for land claims against the federal government, without the government’s approval.

It also sets out rules for how reserves and bands must operate as well as defines how bands may be formed, and the limitations of band councils without approval from the Minister of Indian Affairs. This legislative tool severely limits the rights and power of indigenous bands and councils.

“We can’t wait and rely on some individual sitting in the Indian Affairs tower in Canada. The minister is responsible for everything that happens on all 2300 reserves across Canada. He hasn’t done anything for any of them and he’s not likely to do so in the future.” said Del Riley

The goal according to Maurice French and Chief Del Riley is to establish a sovereign economy that will eventually grow to include other products, goods, services, and businesses. A move that could help to lift all First Nations peoples out of poverty, as the country embraces a fairer distribution of opportunities, by removing current limitations that stand in the way. They also believe that this first step could provide a blueprint for other indigenous entrepreneurs in the future.

“The unique thing is that you’ll have a sort of marriage of the ownership of the person who owns the property and the aboriginal treaty rights of the partner in it. It shouldn’t be a harm but it may be a way to approach things in the future because we have to really work on and develop an economy for our people because we have 80-90% unemployment and that’s because we have no economy and we can’t depend on the minister of Indian affairs or the Indian Act to change any of that.” adds Chief Del Riley

The City of London’s Land Acknowledgment

The owner of Spirit River Cannabis Maurice French says that he is exercising his treaty rights to make and do business in London, opening the door for other First Nations products to escape the confines and restrictions set out by the Canadian government.

“We’re here to exercise our treaty rights to make business  and do business alongside the white man. The deal was years ago, with one foot in each canoe the red man and white man taking that journey down the river. Somewhere along the line, it seems we got bumped on the canoe and stuck where we’re at while white men kept on journeying.”

Spirit River Cannabis is not the first indigenous trading post to open in Ontario. To date, 15 shops are operating in Toronto, Ontario, and so far, the big city has embraced the arrival of indigenous business owners with open arms. The hope is that the city of London will be accommodating, as this is an excellent opportunity to show a willingness to reconcile and decolonize both the region and the cannabis industry.

Chief Del Riley explains why he thinks the City of London should welcome the arrival of the new trading post.

“We think London should welcome this because our people from all six seven reserves around support the whole city of London with all the goods and services we buy. I’m not here to take down Canada. My whole role and the way I see it is to get rid of this racism. The system is so broken here with all this racism that we’ve got to fix it. Canada can probably be twice as prosperous as it is but we’ve got to bring everybody in it together including our first nations people.”