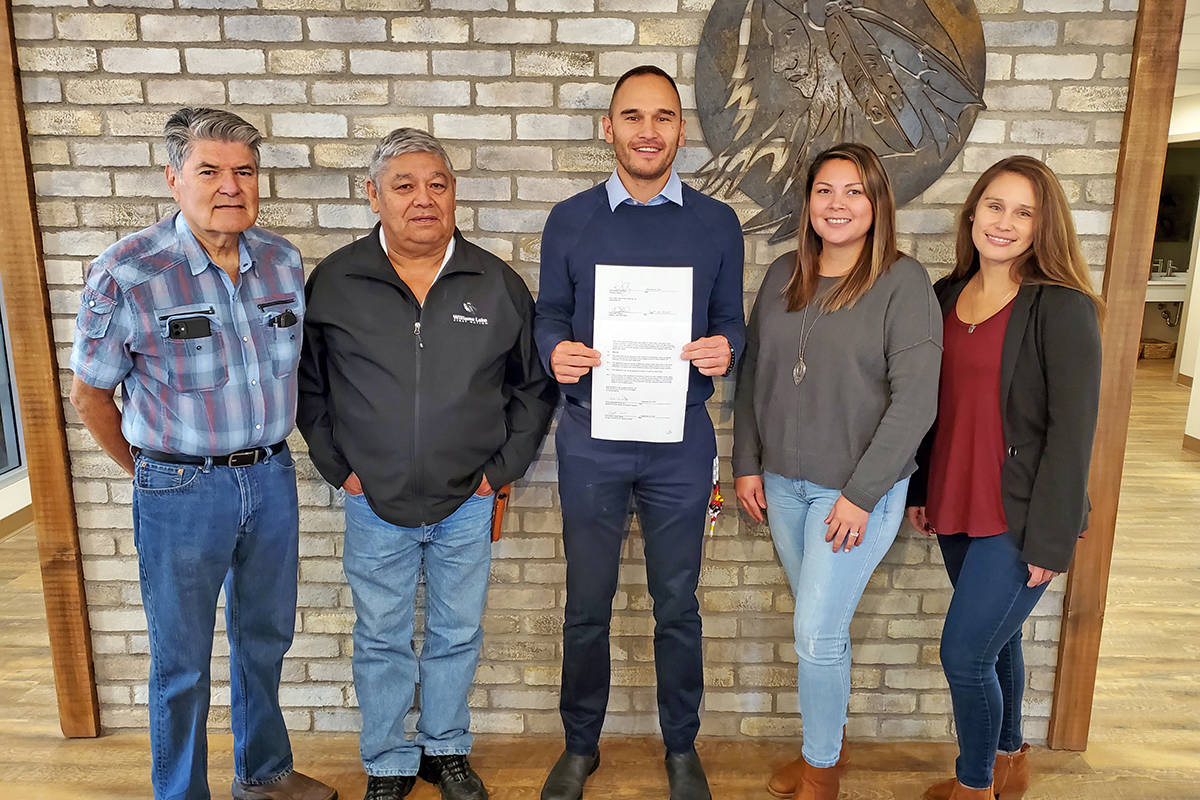 The agreement paves the way for WLFN to sell cannabis to the government, and open stores across B.C.

On Monday, Sept. 21. the Williams Lake First Nation (WLFN) and province announced they entered into the first of its kind government-to-government agreement under section 119 of the Cannabis Control Licensing Act.

“We’ve been negotiating the agreement since pre-legalization,” Sellars said. “It’s something we’ve been working on for a long time, that we’ve finally done, that we can move forward — it’s exciting times for Williams Lake First Nation.”

In a news release, the Ministry of Public Safety and Solicitor General said the agreement supports WLFN’s interests in operating retail cannabis stores that offer a diverse selection of cannabis products from licenced producers across Canada, as well as a cannabis production operation that offers farm-gate sales of its own craft cannabis products.

Through the agreement, the WLFN will drop its partnership agreement with cannabis dispensary Indigenous Bloom on 1145 South Mackenzie Ave. in Williams Lake. The store will be closed for the next two to three weeks, and will reopen as Unity Cannabis. The facility, on reserve land, had been operating under WLFN cannabis law and was not legal in the eyes of the B.C. government.

While upholding the public health and safety principles of federal and provincial cannabis laws, the agreement will allow WLFN to open up to eight Unity Cannabis stores throughout the province.

Sellars said it remains on schedule, and they anticipate to be growing cannabis by this time next year. The agreement provides shelf space with the BC Liquor Distribution Branch, and the potential for the branch to purchase their product so long there is demand.

“There’s a ton of benefit in the agreement to the WLFN but there’s also a ton of benefit for the provincial government and how they’re handling cannabis with First Nations communities because right now you can see a number of them operating under the jurisdiction of their sovereignty to sovereignty model – their own laws,” Sellars said.

“One of the visions of what we want to do is we want to create substance abuse trauma treatment programming within our community developed by our community,” Sellars said.