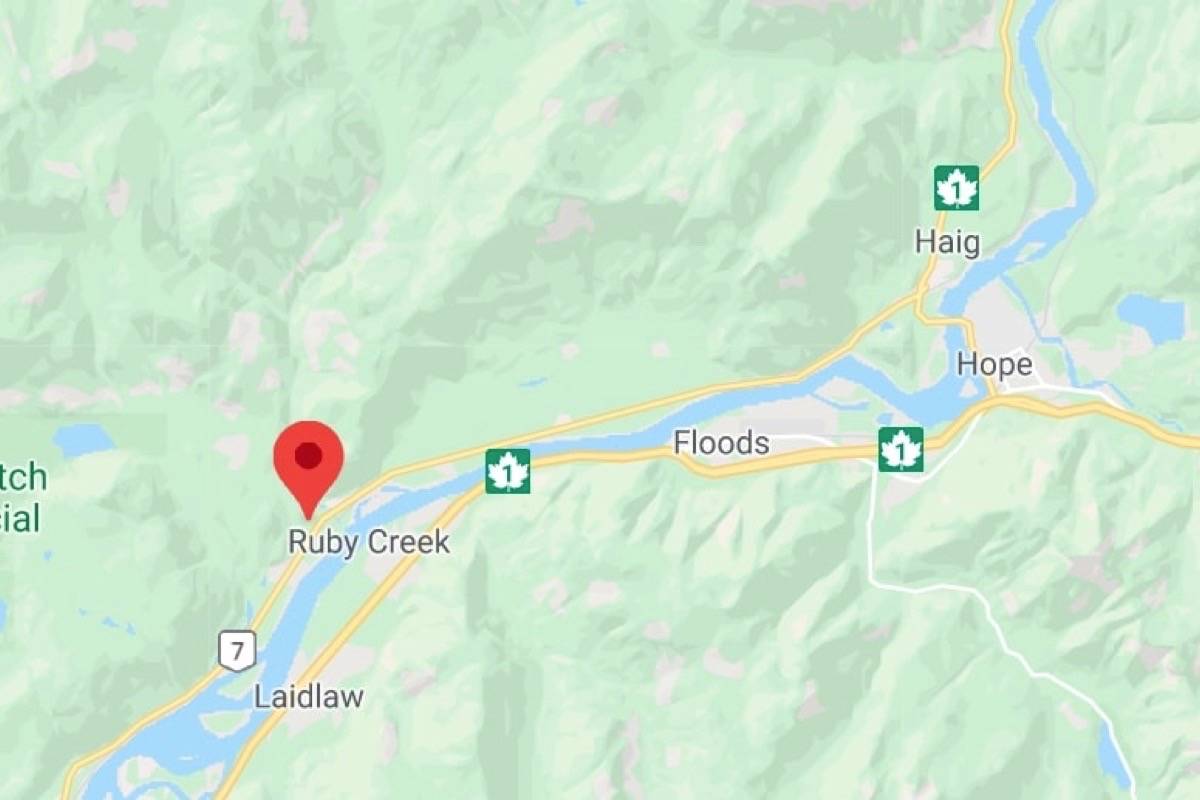 New business, at Ruby Creek, will be the first cannabis retail outlet opened near Hope

Yale First Nation will soon open the first cannabis retail operation in the Hope area, with plans for a dispensary at Ruby Creek.

The dispensary is a collaboration between Yale and Indigenous Bloom, an established cannabis production and retail company with stores across B.C. It will be housed at Lukseetsissum Indian Reserve (IR) 9, on Yale First Nation land along Highway 7, and will employ around eight staff.

Chief Ken Hansen said the business venture is a step forward for the first nation in terms of self-sufficiency, as a profit-making venture where funds can be rolled back into the community. It’s also a part of the nation taking jurisdiction back over its lands.

“Yale First Nation has always used traditional medicines and I think this is one step forward in Yale taking its jurisdiction back,” Hansen said. The first nation has written and passed a cannabis law governing this activity on its lands.

Indigenous Bloom’s senior vice-president of business development Geoff Greenwell said that all the products sold in their stores meet and often exceed federal and provincial guidelines, and products are tested in a third-party laboratory before they are sold. Yale and Indigenous Bloom are engaged in a 50-50 partnership, which is how all partnerships with the company work said Greenwell. He added that the business operates much like a franchise would.

Indigenous Bloom will have 10 stores in B.C. by this summer, Greenwell said, all are on-reserve and are partnerships with First Nations or First Nations individuals.

Hiring First Nations people is also an important part of their business model Greenwell added, and the Yale store will have a high percentage of employees who are Yale First Nation members. There will be around eight staff, including a manager who is now in training, as well as shift supervisors.

“We see them as a very progressive, business-oriented band, who are moving forward nowadays in a variety of different industries,” Greenwell said of Yale First Nation. “They look like a great match for us.”

Community members use CBD oil and cannabis products, Hansen said, and the feedback he has received from the community in Ruby Creek has been good. He hasn’t heard feedback from the Hope community yet, but he thinks the venture will be received positively.

Steven Patterson, who does economic development work as the nation’s lands and natural resources manager, says the store’s medicinal products will likely be some of the most popular, as these are products used by some community members to deal with pain management and other needs.

Indigenous Bloom has a ‘fairly significant focus’ on medicinal products Greenwell said, and a high percentage of what they sell is for medicinal purposes. “It’s proven to be a good substitute for opiates, and non-addictive compared to opiates,” he said. “We see it as a very positive thing for our communities to have access to a safe, laboratory-tested range of products that have proven medicinal value.”

Read more: B.C. conference looks at how First Nations can be involved in cannabis industry

Yale First Nation recently invested over $200,000 to put in a bus loop at Ruby Creek, important for the safety of residents as well as allowing Yale members to come from Vancouver to visit family Hansen said. The loop will also allow Hope residents, and staff recently hired for the Indigenous Bloom store, to access the area without needing their own transportation.

“Something as simple as transportation often serves as a really big barrier to jobs,” Patterson said.

“Now we have an opportunity where people can literally walk from their home to work. So, for us, that’s a big win. We’re in the business of community building,” he added.

Building community on Yale lands, Patterson said, requires providing the jobs, the housing and the other needs so people can make the choice to live back home.

Other than a store like this there aren’t many businesses which would work out along Highway 7, said Patterson, which presents a challenge for economic development.

“It’s a very challenging thing when all of your lands are about a 10 minute drive outside of Hope,” he said.

For residents of Hope, the Fraser Canyon and down-valley in Agassiz and Harrison Hot Springs, this would be the closest retail outlet for cannabis products. The other option for retail cannabis exists in Chilliwack, three of which are also on First Nations land.

Despite the legalization of marijuana across Canada in 2018 and a local survey showing majority support for the sale of recreational cannabis within Hope, the district has yet to move forward on allowing such an establishment. Hope’s zoning bylaw prohibits the sale of cannabis and cannabis-linked by-products such as edibles, and ‘cannabis-linked paraphernalia.’

While the venture remains a retail store for the time being, Patterson said it may one day involve cultivating the product on their land. Indigenous Bloom already cultivates all of its own product on reserve lands north of the Kelowna airport, and there was some interest initially by a Yale member to begin cultivation.

The business will be housed in a modular building, which Patterson said is energy efficient and safe with a 24-hour security system installed. The environmental site work and site plans have also been done, he added.

Greenwell said they would have liked to have had the Yale store open by now, however work on a bridge on the Coquihalla Highway has so far prevented the modular building from passing through the area. When work finishes, expected at the end of June, the store will be delivered to the site on Highway 7. After that, it will take around two weeks to get everything set up Greenwell said. “Mid-July is probably realistic for our opening,” he said.

Lukseetsissum IR 9 may see more development one day, Patterson said, if the cannabis retail operation works. The location could one day house a service station as well. “This is kind of a pilot. If it’s really successful we may actually roll it out into a bigger project…maybe even a fueling opportunity,” he said.