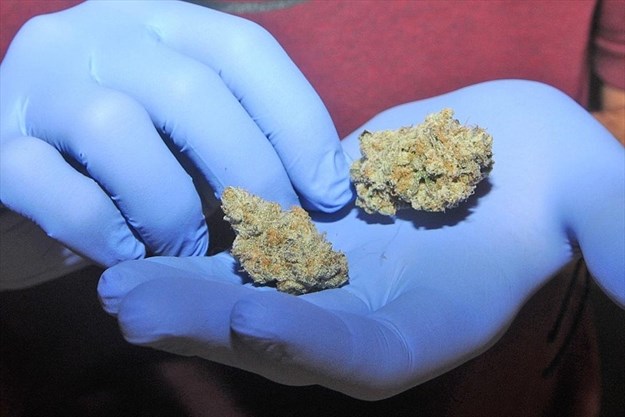 From thepeterboroughexaminer.com link to article by Joelle Kovach, Jan 9th 2020

CURVE LAKE — Curve Lake First Nation ought to “be bold” and open cannabis stores or start growing marijuana commercially for others to legally sell, said the majority of members who responded to a recent survey or attended focus group sessions.

At least two-thirds of survey respondents said they approve of the sale of both medical and recreational marijuana on reserve, states a new report to band council.

Many respondents (65 per cent) want the chief and band council to develop cannabis laws soon. Many said it would bring jobs and revenue.

“Be bold,” one respondent wrote.

The survey results and focus group feedback were included in a new report to Curve Lake First Nation chief and council from the firm INDsight Consulting, which is based at Saugeen First Nation on Lake Huron.

The consulting firm was hired to conduct focus group sessions on the reserve about cannabis, conduct the online survey and offer chief and council an overview of cannabis laws.

First Nations in Ontario can apply for a licence to apply for a retail license to sell cannabis, the report points out.

But band council must approve the store location, the report states, and a band council can stop the Alcohol and Gaming Commission of Ontario from authorizing a retail store on reserve.

The new INDsight report wasn’t meant to make recommendations, it states. Rather, it’s designed to offer “clear direction” to band council as it determines what to do next.

The survey was conducted online from Aug. 13 to Oct. 4.

• When asked whether medical cannabis ought to be sold on reserve, 78 per cent of survey respondents said yes.

• When asked the same question about recreational cannabis, 67 per cent of respondents said yes.

• And when asked whether cannabis should be grown commercially on the reserve, for sale to outside cannabis businesses, 65 per cent of survey respondents said yes.

When asked who should operate a cannabis store:

•12 per cent said the community Economic Development Corporation should run it.

• Two per cent said an outside firm.

Most survey respondents (70 per cent) said there are more potential benefits of cannabis sales on reserve than potential harm.

Yet the report also says elders who were consulted “were more likely to be cautious” about cannabis sales in the community; some were concerned about addiction.

If there were to be a cannabis store on reserve, 52 per cent of respondents said it ought to be located near the entry to Curve Lake, “to prevent outsiders driving through our community.”

The concern is that the added traffic through the reserve “could pose an increased danger to pedestrians” and expose children to cannabis, the report states.

The report also outlines how other First Nations are dealing with cannabis sales.

Alderville First Nation, in Northumberland County, already has 13 cannabis dispensaries, for example; but Hiawatha First Nation has placed a moratorium on cannabis stores for now “while they sort out the legal issues.”