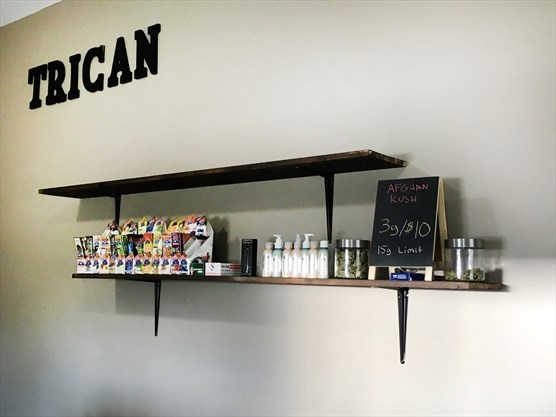 From Peterborough This Week link to article by this week, Mar 9, 2018

The Trican store in Curve Lake offered a range of products when it opened on Feb. 25. – Angela Lavallee photo

Eleven days after opening, a marijuana dispensary in Curve Lake was closed down by the community’s police force.

Insp. Barry Petathegoose of the Anishinabek Police Service confirmed officers from its major crime investigative support unit and the Curve Lake detachment shut down the business at 8:15 p.m. on Thursday, March 8.