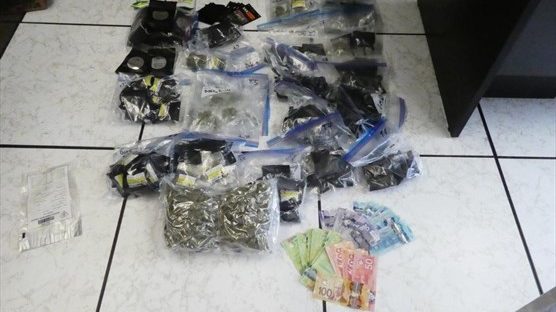 From thepeterboroughexaminer.com link to article by Jason Bain, May 7th 2019

“There may be more (dispensaries) in the works, but we are not aware of them at this time in Peterborough County,” he said.

According to weedmaps.com, the store — a small shack — was open 10 a.m. to 9 p.m. at Monday to Wednesday and Friday to Sunday at 4729 County Road 36 in Trent Lakes. Online reviewers praised knowledgeable staff and reasonable prices.

Harley Hill, 24, of Curve Lake First Nation, and James Harper, 26, of Peterborough, were each charged with possessing cannabis for the purpose of selling. The investigation continues and further charges are expected, police stated Monday.

Hill and Harper were released from custody and are to appear in Peterborough Ontario Court of Justice on May 30.

Legal stores are being rolled out in Ontario — but only 10 out of the 25 operators awarded licences in a lottery were ready to open by April 1. Marijuana can also be purchased online via the Ontario Cannabis Store at ocs.ca.

Ayotte reminded people that storefronts that have not been approved by the provincial government remain illegal.

“We are definitely looking into them whenever we receive a complaint from the public.…We are asking public to abide by the law and purchase their cannabis legally.”

Previously, raided dispensaries would quickly reopen with a different name or staff, sometimes as soon as the next day. Police complained those charged would get a “slap on the write,” such as a peace bond.

The OPP task force approach has been to lay federal charges against the employees in store when the raid happens, often possessing cannabis for the purpose of selling.

Under the new law, punishment for an indictable offence is up to 14 years in prison, or for a less serious summary conviction up to $5,000 fine or up to six months jail. The maximum fine for other violations under the Cannabis Act is $5 million.