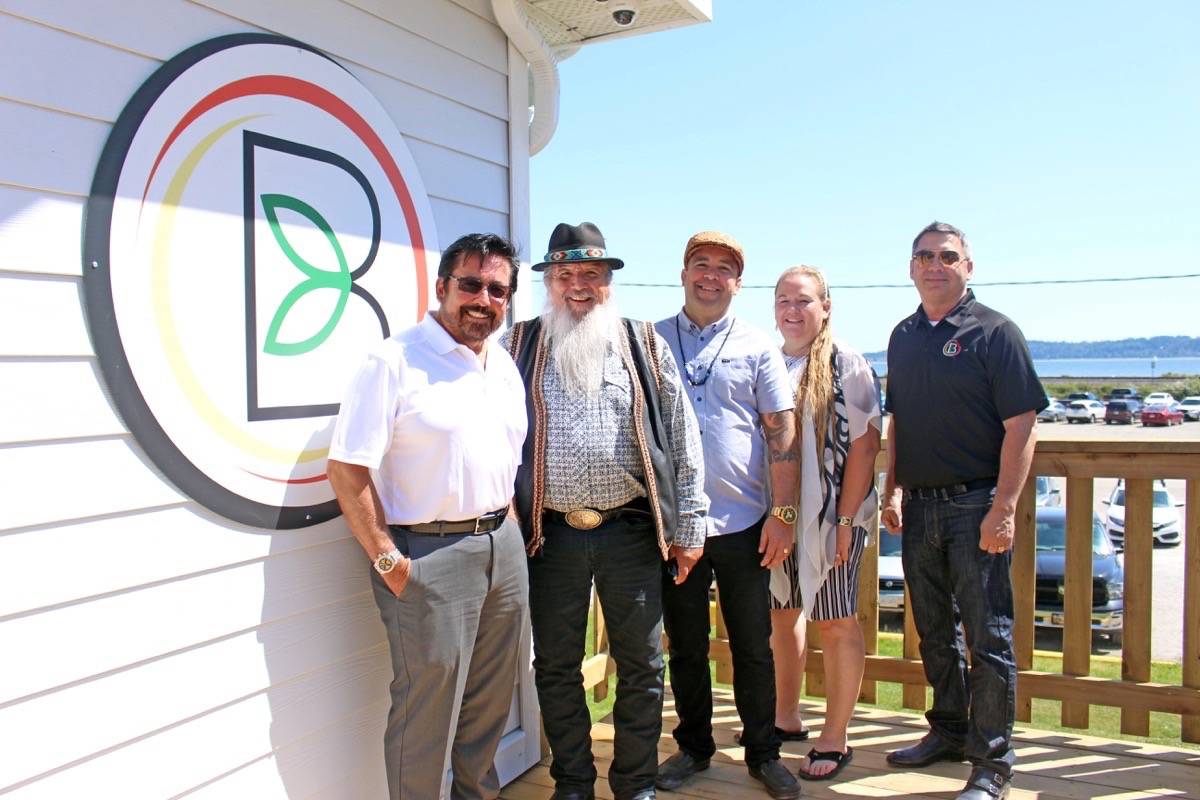 From peacearchnews.com link to article by LAUREN COLLINS, Jun. 16, 2019

Semiahmoo First Nation Chief Harley Chappell says he believes all First Nations should be moving into the cannabis industry, following the opening of the Indigenous Bloom dispensary.

Indigenous Bloom, located at 7-15782 Marine Dr., had its grand opening on Saturday, with local dignitaries and residents interested in getting a first look at the dispensary.

Chappell said the dispensary has been several years in the making, but SFN has been in “strong discussions” with Indigenous Bloom for the past year.

“We really waiting until we were ready and prepared to kind of move forward,” Chappell said.

Once Semiahmoo First Nation was ready to enact its cannabis bylaw on preserved land, Chappell said, “away we went.”

The Indigenous Bloom dispensary will employ Semiahmoo members, and residents from neighbouring communities, a release about the opening says.

“Our objective, of course, is to provide an opportunity in this business with medical hemp and cannabis and to, I think, offer to the First Nations that we do business with advantages,” said Louie.

Chappell said he hasn’t heard any push back from the community about the dispensary.

The partnership with Indigenous Bloom, meets or exceed all federal health standards. That’s part of the reason why we went into partnership with the organization because of their mandate and their understanding, not only of working with First Nations, but the political realm of that as well.”

While there is still some “taboo around cannabis across the country,” Chappell said, it is legalized in the country.

“Being able to be part of that growth, it massive for Semiahmoo,” he said.

“It’s a great economic opportunity. It’s a fantastic venture. It’s obviously a booming industry and a growing industry and to be a front runner (in the area) to the industry is definitely a benefit for – not just Semiahmoo – but, I think all First Nations across the country. We probably should be taking advantage of these opportunities.”