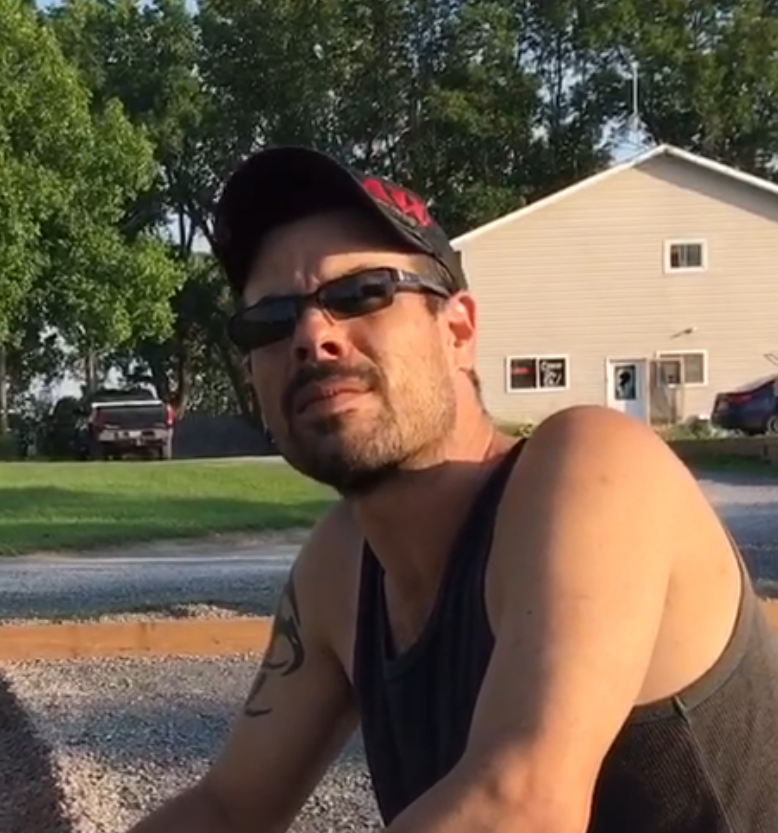 Cannabis as a medicine

An interview with Kennikastosera:a Jamie Kunkel, owner of Smoke Signals in Tyendinaga.

Should healers profit from medicine?

If this was sixty years ago when people shouldn’t be profiting from farming and we were still a collective, I’d understand. If I still provided potatoes for everybody on this reserve so long as everybody else on this reserve provided me with all the things I needed. Those days are gone. The reality of it, it’s 2017, they have implemented things and forced things on us that we don’t want but we now have: vehicles, gas, driving license, heat, hydro. So if I could phone Hydro One and say hey man, I owe you two thousand dollars for six months’ worth of Hydro. I don’t have money, but send me your mother, send me whatever people in your family that have ailments, I’ll do my best to fix, help, or alleviate their ailments, and we’re even Steven on the Hydro bill.

Those days are gone, so I have to take my knowledge, my services that I provide, turn them into what they now have as the Canadian dollar so that I can pay these other companies for the products or services that we get in life. It boils down to the same thing like I said about hunting and fishing. If I could go drop off five hundred pounds of fish at Bell Canada and they’ll take that for payment of my phone bill, then we’d be good. I still live off the land. I still hunt, I still fish, I still grow gardens, I still carry through with all my ceremonies, we educate our kids in this way, but unfortunately it’s an industrialized age. The services that are now requirements for life, cost.

So no, I can’t trade and barter, but I can still take all of those things that I know how to do, living off the land, hunting, fishing, gardening, I can sell that deer, I can sell that fish, I can sell those vegetables. Money didn’t change my way of life, all it did was complicate things. It’s just like the Canadian branch of government we have here, the MBQ, is the exact same thing. I have to take my natural way of life, put a mediator in the middle to accomplish my goal at the end. That being said, that’s where the customer comes in. I have to take my natural ability to hunt, fish, grow, or gather foods, or take the knowledge that I know, I have to turn that into the Canadian dollar so that I can pay those entities.

Because I could say that I’m going to sit here and give out free medication and free knowledge all day long. Who’s going to feed my children while I do this? Who’s going to pay my bills, my heat, my hydro, my insurance, the gas that goes in my vehicle? In order for me to provide those services on a daily basis, I too have to be compensated. It’s not the plant, the medicine, or the knowledge they’re paying for, it’s my time, my ability, the fact that while I have to go through all of these steps for everyone else’s health and benefit, I shouldn’t have to do so at the cost of the destruction of my own household or family.

And so therefore yes, these services or this knowledge, it’s not that we’re charging you for it. So even here, when I have people that I can tell can’t pay, or they reach in their pocket and they’re short, I don’t turn that patient away. “Here, take it at that price. Here, if you don’t have it, catch me next time.” So the critics can assume that it’s all about the money, but that’s an accusation that we’re cold people. Somebody comes here with arthritis or aching pain, or whatever it may be, do you think that over the five, ten, fifteen, twenty dollars that they don’t have, I’m going to let them leave here and spend days miserable, uncomfortable, or in pain?

I accept the fact that hey, you know what, I might not be able to drive to town, grab a coffee for myself and McDonald’s. I sit my ass home, make my own damn tea and a baloney sandwich because I give the customer what they needed and because I gave the customer what they needed, that didn’t put twenty, thirty, forty dollars in my pocket. But while I’m eating the baloney sandwich and drinking the homemade tea, I feel ten times better about myself that I didn’t send that person away unhealthy or to have to deal with a night’s worth of pain or discomfort. What about the fentanyl danger?

There’s this big discussion about “fentanyl laced pot.” Well fentanyl doesn’t grow on pot, so considering pot is one hundred percent healthy, I don’t see what the two have to do with eachother. Like I said, I watch you eat an apple every night, and an apple is one hundred percent healthy. You don’t turn around and deem an apple unhealthy or bad for public safety or put out that there’s safety concerns when eating apples because some sick individual decided to put razorblades in the apple. The plant’s not bad, the apple’s not bad. It doesn’t take away from any of the health benefits. The fact is that it’s one sick, twisted individual that put that needle in the apple.

When it comes to the cannabis industry, it’s the exact same thing. Marijuana does not grow fentanyl. It doesn’t happen. It can’t accidentally end up on there. That happens from one sick, twisted individual who does that to that plant, and then tries to push it out into the world, just like the predator on Halloween that’s putting bad things in kids’ candy. Candy’s not bad, Halloween’s not bad, the fact that kids are enjoying themselves is not bad. If they can boil everything else back to one sick, twisted individual, why are they blaming the plant, why are they blaming the industry? I can’t believe it when I hear so called traditional people say that they agree more with pharmaceuticals than natural plant remedies. It absolutely baffles me. This person’s only justification was, “oh it goes through a science lab and there’s quality control and there’s a process for this and that, and I’ve seen the beneficial outcomes of these pharmaceuticals.” Well yeah, you have seen the beneficial outcomes because when I give you a pill and tell you it’s going to stop you from sneezing, you’re absolutely right, it stops you from sneezing. But they neglected to tell you that it’s going to eat a hole in your stomach, or that there are cancerous agents in it.

They’ve neglected while telling you that hey, it’ll do this one good thing for you. They neglected to tell you the 25 bad things it will do for you. So you’ve accepted that, I don’t know, maybe all those 25 side effects are worth not having a runny nose, maybe getting cancer twenty years down the road, is that worth not having a runny nose on a Tuesday afternoon in the middle of summer? That’s a bad choice, when there are natural medicinal ways. And I’m not just speaking about marijuana, but period, there is a natural plant remedy for everything out there that exists. There is no need for Bayer, Pfizer, any of the big pharma companies whatsoever. They mask disorders, make them bearable for the human being because that’s what’s profitable. None of those companies, if you look into them, offer cures for anything. They offer masks. This will alleviate, this will help you get through it, this will make it less of an annoyance.