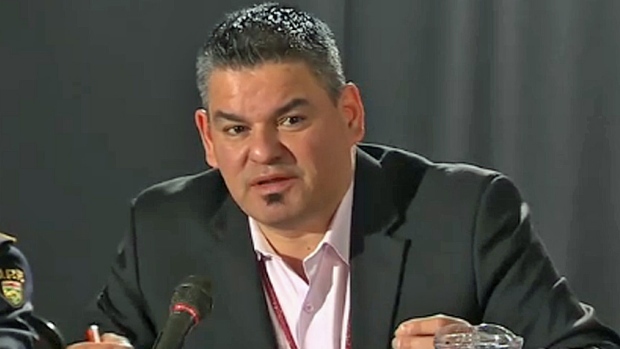 The federal Liberal government’s point-man on legalizing marijuana said more talks between Ottawa, the provinces and First Nations are needed to sort out how the looming pot law will apply on reserves.

Liberal MP Bill Blair, who is also parliamentary secretary for justice, said while provinces and territories will be responsible for developing regulations and distribution models for marijuana within their jurisdictions, it remains to be determined how those will be applied on First Nation territory.

“It’s an ongoing discussion between the three levels of government,” said Blair, a former Toronto police chief. “It’s part of a discussion that needs to take place.”

Ontario recently announced a plan to regulate and distribute marijuana through provincially controlled outlets. The plan was silent on how First Nations will fit into the scheme.

A spokesperson for Ontario Attorney General Yasir Naqvi said the province is initiating discussions with First Nations to coordinate an approach to marijuana legalization.

“Ontario recognizes the importance of holding meaningful consultations with Indigenous communities about cannabis legalization and has already held initial conversations,” said spokesperson Andrew Rudyk, in an emailed statement. “Ontario will develop a government-to-government engagement process with Indigenous communities and organizations…to facilitate discussions on the provincial approach to federal cannabis legalization.”

A first meeting of this so-called “bilateral cannabis table” is scheduled for Sept. 25.

Assembly of First Nations Ontario regional Chief Isadore Day said the provinces should have no role in how First Nations decide to deal with marijuana on their territory.

“Ultimately there will need to be recognition of First Nation governments to look at issues of enforcement, to look at those harmonized arrangements,” said Day. “The province has no right. The question will then become, ‘Who will do it?’ Something of this nature does need to be regulated; whether it will be self-regulated by First Nations, whether it will be regulated by the federal government. If we are saying no to the provincial government, how will we put in place a management and enforcement regime that will protect the community?”

Day appeared before the House of Commons Health committee on Thursday and criticized the federal government’s failure to include First Nations in developing its proposed pot legalization legislation, Bill C-45, the Cannabis Act.

The Health committee has heard from over 80 witnesses in its study of Bill C-45.

The regional chief said First Nations are not ready to deal with the possible fallout of legal marijuana by the government’s self-imposed deadline of July 1, 2018.

“First Nations are…not prepared to deal with all the ramifications of Bill C-45,” said Day. “We are not yet in a position to fully understand and fully address those impacts.”

Day said the text of the legislation mentions provincial and municipal governments, but not First Nations.

“If the government of Canada is serious about its dedication to a government-to-government relationship, First Nations need to be included within this section to provide adequate responses to the implications of this bill within and surrounding First Nation communities,” said Day.

Day said the legislation also needed to acknowledge the right of First Nations to ban marijuana from their territory as is currently the case with alcohol.

He said the AFN, which currently has no official position on the issue, is planning to hold a national summit on cannabis early next year.

The marijuana market is already blooming on the ground in several First Nations in Ontario. Tyendinaga, Six Nations and Alderville First Nation already have operating dispensaries and Akwesasne is expected to soon join the group.

Jamie Kunkel, who owns the Smoke Signals dispensary in Tyendinaga, said Ottawa and the provinces have no business trying to regulate marijuana on Indigenous territory.

“As Indigenous people, we are going to take the exact same stance as tobacco. It is a natural product and it all goes back to the same thing,” said Kunkel, an Indigenous pioneer in the cannabis world who developed his own marijuana strain. “We just want to be left alone. Keep your hands out of our pockets. Don’t tell us how to live our lives. Let us operate the way we operate.”

Kanenhariyo, owner of Mohawk Medicine in Six Nations, a traditional medicine and herbal store which sells marijuana alongside bear root, sage and sweet grass, said he’s concerned that band governments will try to muscle local entrepreneurs out of the business by signing deals with provinces.

“I am concerned that this talk about shared resources, shared income from the cannabis industry with band councils getting involved in negotiations with the provinces will lead them into copying what the provinces have done and cut out individual entrepreneurs making a living,” said Kanenhariyo. “Indigenous communities can use cannabis in a way to create economic stimulus within the community like tobacco did, without it becoming criminalized, without the province saying we want all the money, so communities can build themselves economically. The entrepreneurs are the ones who need the jobs, who need the work to grow it.”

Published in Assembly of First Nations, Mohawk Medicine and Reprint