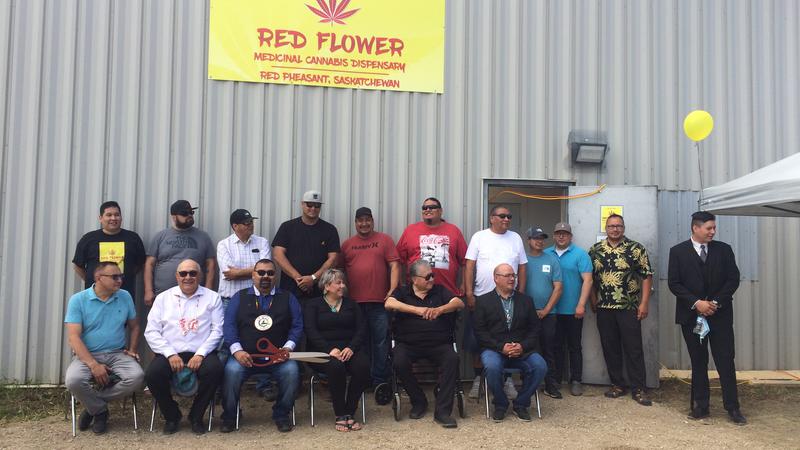 A local mother from Red Pheasant Cree Nation is among those who appreciate seeing a new cannabis retail outlet now available on the First Nation.

Lorena Gardipysaid having a cannabis facility right on Red Pheasant will help her adult son who requires medicinal cannabis products for his health issues.

She said her son suffers from a rare seizure disorder due to a medical condition. Gardipy said since he has been using Cannabidiol (CBD)oil it has helped reduce his seizures.

“He’s been doing a lot better,” Gardipy said. “He doesn’t have to take any pharmaceuticals really anymore.”

Red Pheasant Chief Clint Wuttunee said the project should be a good boost to the Red Pheasant economy, as well as meet peoples’ needs.

Wuttunee said the business aims to serve residents from the local area, the Battlefords and surrounding communities.

“As we get the advertising out there and the signage up which we are working on – right from Lloydminster, Saskatoon, Kindersley, Macklin and Wainwright, we hope we can attract all those customers into our community here, and help us with our venture,” he said.

The ideafor the project came out of talks with another Saskatchewan First Nation.

“I have been friends with some of the families here in Red Pheasant for probably 30 years,” McArthur said. “So through that, Clint and I we began to discuss dispensaries.”

He added the initiative just kind of took off from there.

Pheasant Rump is providing Red Pheasant’s cannabis product, that has been tested for quality and safety, and also complies with provincial standards, according to Wuttunee.

“This is definitely a true act of sovereignty — a nation taking the steps and means to provide for their people, and explore all options, including economic development,” she said.