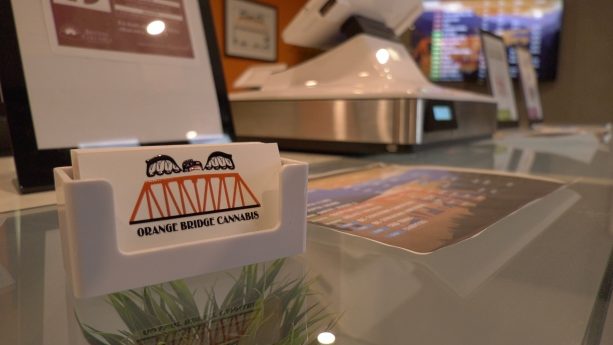 From ctvnews.ca link to article by Andy Garland, Sept 12th 2019

“It’s a pretty amazing feeling,” says Tseshaht council member Ken Watts. “We are planting a seed and we are doing one of the first things here in the province.”

Watts says the store employs five band members and will bring in much needed revenue to the region.

The process took over a year to get licensed and the store opened Wednesday, the same day as the province opened its third store on island, just eight kilometres away.

The nation says it wrote a letter to the province asking it not to open a store in Port Alberni.

Prices at Orange Bridge Cannabis will be similar to government stores because its products are purchased through the province’s liquor and cannabis distribution branch.

Tseshaht’s ultimate goal is to cultivate the region’s own product and for Orange Bridge Cannabis to become a brand.