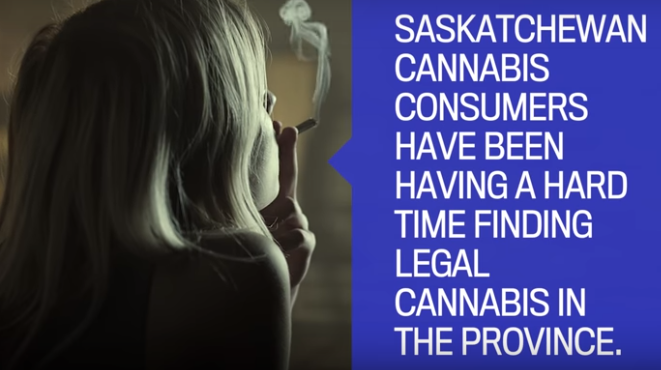 We must be able to use our profits and develop mainstream business ventures if we are to succeed and be real participants in the province’s economy, writes Doug Cuthand

From SASKATOON STARPHOENIX link to article by
DOUG CUTHAND, November 17, 2018

The Muscowpetung Saulteaux Nation made the news this week and at least the news media are pronouncing the name the right way.

The band council is the centre of attention because it defied the provincial government’s pot laws and opened its own cannabis dispensary.

The provincial government maintains that the First Nation went ahead and opened its pot shop without a provincial license. The First Nation, on the other hand, stated that it passed its own band legislation with an 86 per cent majority voting in favour.

The province wants the dispensary shut down, maintaining that it has jurisdiction over the regulation of cannabis.

The issue boils down to jurisdiction and the ability of a First Nation government to make laws within its territory. The Indian Act offers little to go on and it allows for only band bylaws, but this act is hopelessly outdated and First Nations have moved light years ahead of the colonial administration.

In fact, while we have treaty rights as a result of signing the numbered treaties, we also have rights that were never part of the negotiations, and we retained them. In a contractual relationship, what was not negotiated is often just as important as the text of the agreement. Rights such as the right to our language, culture, traditions and religion were never discussed and were retained by us. We also retained the right to govern ourselves. We have the right to choose our leaders, administer our affairs and make laws for the good of the people.

Back in 1874 when the people signed Treaty Four, they were under the impression that they were going to share the land with the newcomers, and for a while it worked. But as more and more settlers arrived, people were restricted to reserves and the land base shrunk through land sales and surrenders pushed through by the Department of Indian Affairs.

Our people did not share in the wealth of the province and instead languished in poverty with no access to resource revenue or the economic development that was growing all around them.

Instead we were colonized and warehoused with the hope that somehow, we would disappear. Our children’s education consisted of removing the “Indian” from their souls. We were never considered to be part of the new order but rather a vanishing race.

In 1900 there were about 10,000 First Nations people in Saskatchewan. Today our population exceeds 130,000. Collectively we constitute a population that would make us the third largest city in the province. We have gone from a vanishing race to the province’s future; however, we are stuck within a legislative and colonial system that has its roots in the 1800s.

In any event, the case of the Muscowpetung pot shop will most likely go to court. Instead of diplomacy and negotiation we will have court and legislation.

This isn’t a partisan case — remember when the NDP raided the Whitebear casino? The province jealously guards its turf, regardless of which party is in power. At that time the province realized that it would most likely lose a case based on jurisdiction, so it negotiated an agreement with the FSIN and today’s First Nations casinos are the result. The NDP weren’t willing to take the chance, but this is another case and we might well end up in court.

No matter the outcome in the end, we will continue to nibble around the fringes of the economy. Casinos, tax-free cigarettes and pot shops don’t make an economy. We must be able to use our profits and develop mainstream business ventures if we are to succeed and be real participants in the province’s economy.