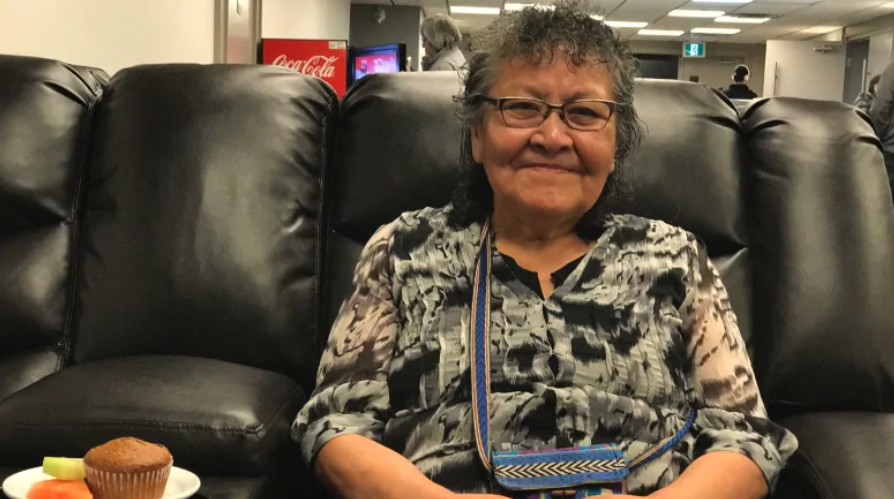 She adds the key to getting people ready isn’t just education, but education using simple language.

“[For the] elders I know, the terminology around cannabis doesn’t coincide with their language,” she said. “So I [call] marijuana the happy smoke. I told my elder that and she said, ‘Now I know what you’re talking about.'”

Smith is an educator with 18 years’ experience, specializing in addictions. She was in Yellowknife this week to participate in workshops about legalization, expected to happen across Canada Oct. 17.

The Thunderbird Partnership Foundation — an Indigenous non-profit organization — has been travelling across the country hosting these workshops. They are funded by Health Canada, and all feedback will be compiled into a report which will be used to guide health and education policies around legal cannabis.

Smith talked about how some people use cannabis to help with anxiety. However, in some communities residents see the word anxiety as medical jargon. Smith said elders describe anxiety as feeling out of sorts.

“Anxiety too is a [jargon] word, so I’ll say people who have seen bad situations in their lifetime and don’t feel good today,” she said. “[Marijuana] helps them in that area … when that happens, to each his own, because everyone has their own life.”

Smith is calling on the territorial government, RCMP and youth in the community to team up and teach people about the ins and outs of cannabis in a simple way so everybody can understand. Especially youth, she says, because young people know how to talk to other young people.

While Smith was there as an educator, Mason Mantla attended the workshops to learn.

He said he wants to know what legal cannabis will mean for Tlicho communities.

“I haven’t seen any information on it,” he said.

“I need to have a personal connection, personal one-on-one to talk about what it means.”

Specifically, Mantla wants to know how mail-order cannabis is going to keep drugs out of the hands of youth. He is curious to know how elders without an Internet connection will access it.

The Thunderbird Partnership Foundation expects to have its report ready for Health Canada in December.