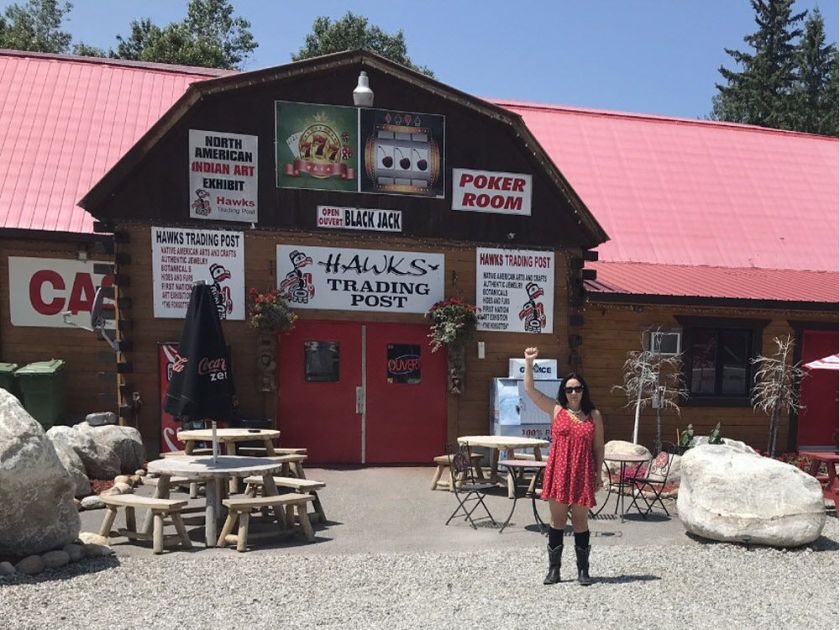 From the Montreal Gazette link to article by
CHRISTOPHER CURTIS, July 16th 2018

Rival factions in a dispute over the sale of marijuana in Algonquin territory say their struggle is a sign that federal cannabis laws are failing First Nations.

Chief Jean Guy Whiteduck says the Cannabis Act — which comes into effect on Oct. 17 — doesn’t give First Nations the tools to regulate and restrict the sale of cannabis on their territories. He fears this could give rise to “outlaw country” on the Kitigan Zibi reserve in northwest Quebec.

“In Quebec, the sale of cannabis will go through provincially run stores, and I don’t think that takes remote communities like ours into account,” said Whiteduck, a longtime chief in the Algonquin community.

“If we don’t have the power to regulate our own markets, you’ll see illegal dispensaries pop up like cigarette shacks. And we have people who grow wild cannabis in the region. I don’t see that stopping.”

Dawna Dumont, who owns a dispensary on the reserve, shares some of Whiteduck’s concerns about the Cannabis Act, but she hardly considers herself an outlaw.

Dumont’s Red Weedz shop was raided last month when local peacekeepers served her with a warrant, seized two pounds of cannabis and arrested her. They also entered her home and confiscated a pair of hunting rifles, which Dumont’s lawyers say exceeded the search warrant’s mandate.

She was charged with intent to traffic a controlled substance. Medical dispensaries are illegal under the Criminal Code, but cities like Ottawa, Toronto and Vancouver largely tolerate their presence.

“People in our community are suffering from opioid addiction and many of them turn to medical cannabis,” said Dumont. “We’re a community that’s suffered a lot of collective trauma. We have residential school survivors here who still suffer from post-traumatic stress disorder.

“Some drive two hours south to Ottawa just to get their medicine. Others just suffer and self-medicate. I wanted to give them the option to stay in the territory.”

Dumont works with a doctor to evaluate a patient’s needs, determine whether they need a prescription for medical cannabis and monitor their progress.

While medical cannabis isn’t affected by the Cannabis Act, Dumont says the laws governing its use aren’t adapted to remote First Nations. For starters, access to a doctor in Kitigan Zibi — a community of 1,400 located 140 kilometres north of Gatineau — is a real obstacle.

Finding a doctor willing to prescribe cannabis can be even harder.

The protocol at Red Weedz is for patients to show two forms of identification and teleconference with the doctor before getting their prescription.

Sylvain Mayer developed a debilitating muscle condition while serving in the Canadian Forces.

Back then, he was prescribed opioids to treat the pain from compartment syndrome — a condition that prevents him from walking long distances or standing for an extended period of time.

“On the base, we all went overboard with our opioid use,” said Mayer, an Algonquin who lives in Maniwaki. “When I started using cannabis, I got off the pain pills. Life is better now.”

Mayer started buying his medicine from Red Weedz because he says he wants First Nations to have a stake in the marijuana economy. “I’d rather spend my money locally and create jobs here than give it to a big corporation,” he said.

In the absence of legislation that allows for First Nations regulation of cannabis, dozens of Indigenous-run dispensaries have been popping up in Ontario and Quebec.

In the Tyendinaga reserve, near Belleville, Ont., roughly 40 dispensaries serve an Indigenous and non-Indigenous clientele. Their owners say that as members of a sovereign Mohawk nation, they have the right to sell traditional medicines on their territory.

Meanwhile, in Kanesatake, Clifton Nicholas opened a dispensary in April and continues to operate it on the North Shore reserve. Nicholas is a traditionalist who doesn’t recognize the authority of Kanesatake’s band council; as such, his shop is self-regulated.

He told the Montreal Gazette any raid of his dispensary would likely be overturned in court.

Chief Whiteduck says the government’s failure to properly consult with First Nations has created a legal vacuum on reserves.

“I went to Ottawa, I spoke at the consultations (for the Cannabis Act) and I told them this would happen,” said Whiteduck. “We were left out of the consultation process and now we’re in limbo.”

In May, the “alarming lack of consultation” with Indigenous communities led the Senate’s Aboriginal peoples committee to recommend delaying passage of the Cannabis Act until 2019.

In a statement released after the Cannabis Act was passed in June, Health Canada called its consultation with First Nations, Métis and Inuit communities “extensive.”

Despite her arrest and pending trial, Dumont is moving ahead with the dispensary. She says she’ll reopen the shop Friday, and she’ll be on hand to help customers fill out patient intake forms.

“I’m a single mom struggling against our leaders to be there for our people,” Dumont said. “We have meth, speed and opiates flooding into our community. I want to be a part of the solution.”