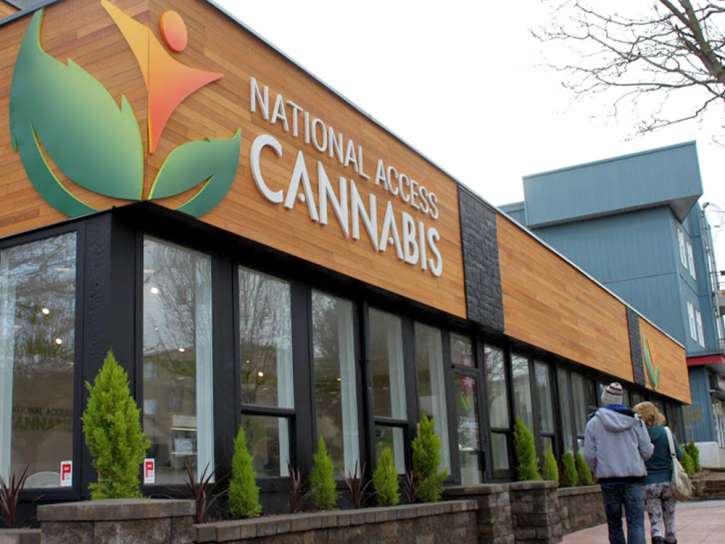 One Indigenous group is already capitalizing on the cannabis market

From: Financial Post link to article by Moses Monterroza, June 20, 2018

The Senate on Tuesday passed the Cannabis Act, meaning it only needs royal assent to become law, but Indigenous communities will have to wait a little longer for the answers they want.

Two weeks ago, a plan by the Senate’s Aboriginal Peoples’ committee to delay the bill was quashed. The committee had initially backed a Conservative amendment that asked the government to release a report detailing how it will address the concerns of Indigenous communities that have complained they were not been adequately consulted. The amendment recommended the bill be stalled until such a report is released.

But the amendment was dismissed after a last-minute letter penned by Minister of Indigenous Services Jane Philpott and Minister of Health Ginette Petitpas Taylor convinced the committee to remove its opposition.

The letter outlined a series of government commitments such as spending $200 million on addiction treatment services in communities with high needs; spending $6.2 million over five years to support educational services about the risks associated with cannabis use; and committing to support the continued development of First Nations taxation and regulatory regimes.

“We will continue to track and monitor this process to facilitate Indigenous participation and we would commit to keeping the Committee informed on these numbers as implementation of C-45 rolls out,” the letter said.

Conservative senators such as Carolyn Stewart Olsen who have been trying to delay the bill accused Indigenous senators of “capitulation.”

But as the bill wound its way through government, some Indigenous communities were getting a head start in the industry.

For example, the Opaskwayak Cree Nation in Manitoba was the first Indigenous group to become the largest private shareholder of a cannabis clinic chain, holding 10 per cent of the shares of Ottawa-based National Access Cannabis Corp. (NAC).

“We wanted to be the first mover in this industry from an Indigenous perspective,” said Christian Sinclair, chief of the Opaskwayak Cree Nation who now sits on NAC’s board of directors. “We plan to set up operations in what we call the big five First Nations in Manitoba.”

The five include the Opaskwayak, Nisichawayasihk Cree Nation, Long Plain First Nation, Peguis First Nation and Brokenhead Ojibway Nation. For places such as Long Plain, which is one of the first urban reserves in Winnipeg, setting up a retail cannabis store could generate revenue from many non-Indigenous people.

Sinclair hopes the money made from these dispensaries will go toward services that have a meaningful impact on Indigenous communities in need.

“It will become another revenue stream that we’ll put towards initiatives like youth programs, recreation programs and infrastructure,” he said “It will fund the shortfalls that we always have within our government as First Nations.”

“We get to participate in real estate that’s beneficial to both parties,” he said.

Since the federal Cannabis Act lets provinces decide how they’ll implement the legislation, there is the possibility that reserves will be granted the legal authority to create their own bylaws and regulations related to cannabis in their communities.

(Cannabis) will become another revenue stream that we’ll put towards initiatives like youth programs, recreation programs and infrastructureChristian Sinclair, chief of the Opaskwayak Cree Nation

In provinces such as Ontario and Quebec, this could mean opening private retail stores even though sales elsewhere will be controlled by provincial government monopolies. In British Columbia and Alberta, communities might be able to open stores on reserves where municipal zoning rules don’t apply.

“That’s a lot of speculation,” Goliger said. “One would hope there’s a way of competing with monopolies. But it really remains to be seen what they can or can’t do. Or should or shouldn’t do, or what’s going to actually happen.”

For now, NAC is focused on its current goal: helping Indigenous communities.

“What we’re trying to do is create for them economic development,” he said. ”And the way we capture that concept is to bring non-First Nations revenue to First Nations.”

Since beginning the partnership earlier this year, Goliger and Sinclair have travelled throughout Canada to find Indigenous communities willing to partner with them. The reception has been mixed.

“There are progressive groups who see this as an economic development opportunity,” Goliger said. “There are communities already dealing with substance issues. And there’s some First Nations where they’re dry communities, so they don’t have alcohol.”

The Cannabis Act will soon be law, but how provincial legislation will handle sales on reserves is still to be decided. Sinclair, however, is ready.

“Once we get the regulatory framework, it’ll be a sprint to the finish line,” he said. “Ultimately, we want to make a healthy government just like any other government in Canada — municipally, provincially and federally.”