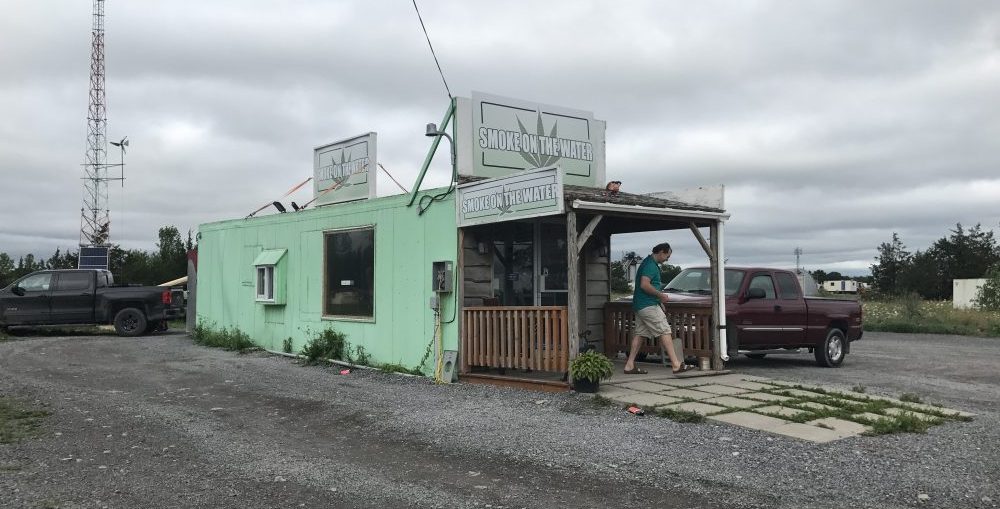 The majority of those polled in a recent Mohawk Council of Kahnawake survey agree that the community should develop its own regulations for the distribution of recreational cannabis.

Out of the 267 who responded to the survey, 153 agreed with creating legislation, while 118 agreed and 112 disagreed with permitting licensed marijuana dispensaries to operate in Kahnawake after July 1, 2018 when the government of Canada says it will legalize the drug’s sale (34 answered “I don’t know”).

The results come as no surprise to Joe Norton.

“It was what I was expecting because there’s a realization now in the community that we’ve got to do something anyway just for the simple fact that it’s going to be a reality in the general population around us,” said the MCK grand chief. “We better be prepared to do something. This zero tolerance position that was taken a number of years ago maybe can no longer be upheld simply because there’s legitimization going into cannabis.”

Council chief Carl Horn is among those strongly opposed to any venture into the cannabis business.

“I don’t put too much stock in surveys, as a lot of community members I spoke to were not surveyed,” said Horn. “Something of this magnitude, we should have a referendum on the issue to get a true reflection of the community.”

The survey was done entirely by phone using the Kahnawake Telephone Directory of community members, who have connected landlines. It was done from June 10 to July 7 of this year, and approximately 1,700 numbers were called.

A larger majority (137 of 265) agreed, in the survey, that legal cannabis could be produced in Kahnawake, but sold off-territory only.

Norton was grand chief when council neglected to regulate the tobacco industry when it was in its infancy, and he is concerned about missing the opportunity to enact regulation early when it comes to marijuana.

“Things popping up like what happened before with the cigarette industry,” said Norton. “It’s all over the place, what are we going to be doing, running around trying to regulate that after the fact, so we’ve got to do something now.”

“One of the things we found was that people who were more informed on medical cannabis had a more positive response to the survey, and of course those with less information were less agreeable,” said Kirby.

Kirby and Deer will meet with council next week, and a strategic discussion will follow the week after to update the table on the project.

Norton travelled to the Wolastoqiyik/Maliseet community of Tobique in New Brunswick, which has already opened a cannabis shop.

“They just opened up their own dispensary under their own regulations, not Canada’s or the province,” said Norton. “They met with the provincial authorities and the also met with the RCMP, and basically it’s like a hands-off situation.”

The survey results do not mean definite legislation is coming, but Norton said it opens the door for future consultations with the community.

“There are going to have to be discussions and debate,” he said. “We can’t just go ahead based on the survey itself.”

One person at the table is clear on his position on the issue.

“I will never support the project,” said Horn. “We have serious drug issues in our community already. We have a zero tolerance policy in the community and I stand by that.”

Published in Kahnawake, Mohawk Council of Kahnawake, News and Reprint