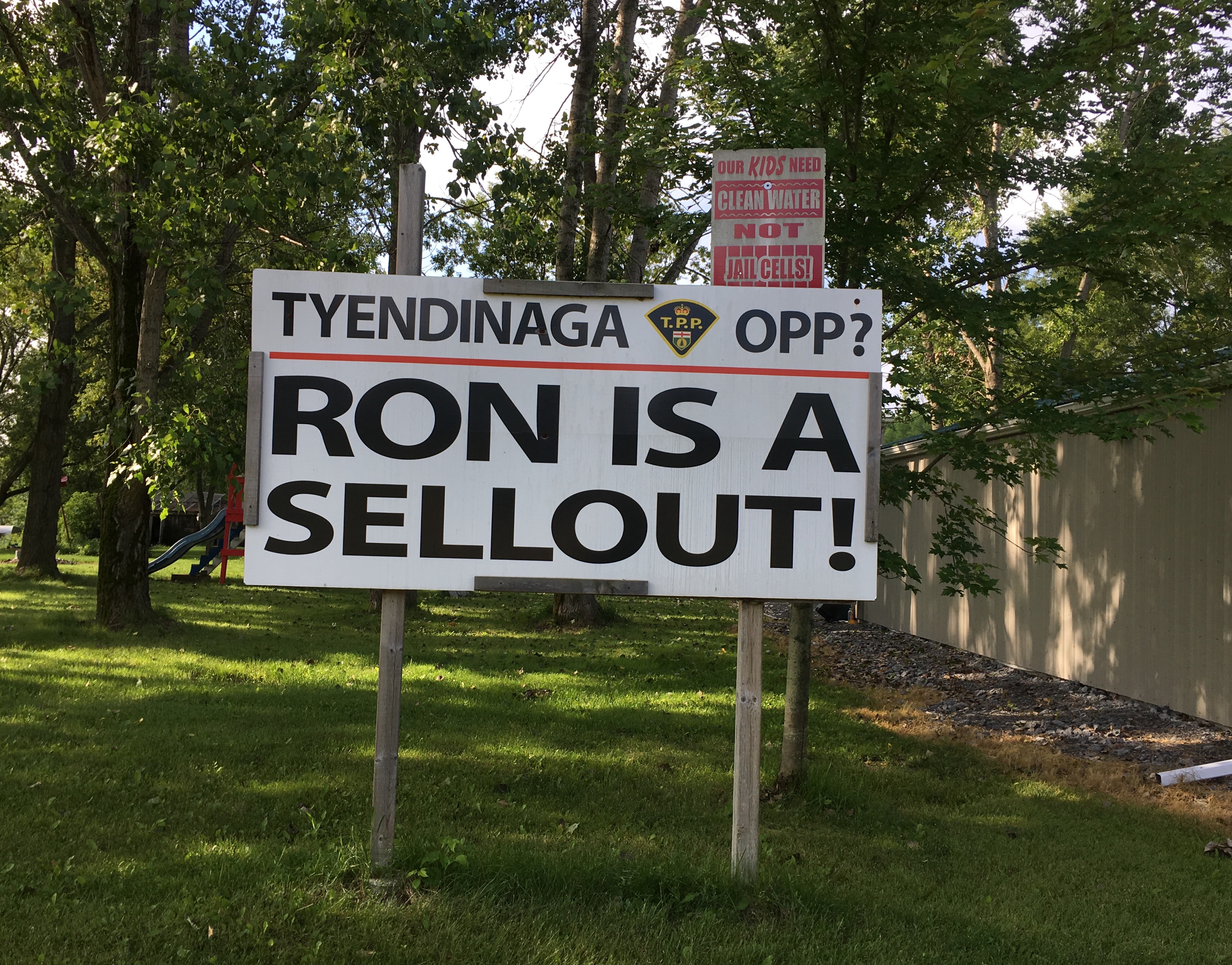 TYENDINAGA MOHAWK TERRITORY – On the morning of July 17th 2017, Tyendinaga Police Chief Ron Maracle came to Big Green’s dispensary on Highway 49 in Tyendinaga to make his first stop in attempting to shut down the Indigenous cannabis industry in Tyendinaga Mohawk Territory.

His arrival interrupted a meeting between owners of different cannabis dispensaries on the territory.

Real People’s Media has obtained the following audio from the exchange between Maracle and the dispensary owners.

The following is a transcript of statements made by Tyendinaga (OPP) Police Chief Ron Maracle at meeting with members of the Kenhteke Cannabis Association on Monday July 17th. The text below is transcribed from the following audio file. Minor edits have been made to improve readability.

“We’ve got a good rapport, I would think with most people in the community. This is not about us coming here, and hard knocks, and making any threats or anything. But as you know there’s a real big health and public safety concern that I have in the community with the number of dispensaries popping up.

“It’s not about whether medical marijuana is good or not – that’s not the conversation. As it stands right now all these dispensaries are selling marijuana and other stuff that is technically illegal – regardless of the announcement to be made next year that it will be legalized. That’s fine and dandy, but until such time, it is a health and public safety issue in our community. The bottom line is that my hands are tied because it is illegal.

“Our community, obviously we have our elected officials, and they made it quite clear that they didn’t endorse it. They made quite clear that it remains illegal. We understand it’s illegal, and it’s not a matter of us not doing anything, we have been doing a lot of proactive stuff around it, trying to sort out how that looks.”

“Everybody can maybe collectively get together once they close their doors and maybe lobby chief and council.”

“Now all the dispensaries need to shut down. I’ve talked to others, they are shutting down, they understand it. They understand the health and public safety concerns, and they’re going to do what they can on their end to lobby for and be part of the future as far as the process is concerned in obtaining licenses for dispensaries or cultivation.”

“It’s not regulated, there’s no quality control, no system in place to do that. There’s no system or policies and procedures around safety, around security, all of that kind of stuff. If there’s no control on it, it needs to be shut down.”

“I don’t see it [as being] our laws [imposed] on you. It’s the law that governs this community – that’s always governed this community. My law is the laws that I have to enforce. The law that is adopted for this community to maintain public safety. You can’t have lawlessness in this community. You probably would have been broken into and robbed by now. We’re needed. And anybody who says we’re not, I’d like to have a discussion with them to say otherwise. Because we can prove time and time again that police are needed in the community, First Nations or not.”

“If communities, if Chief and Councils in their wisdom, decide to adopt or have a mechanism in place to have their own justice system, I’m all for that. We’re an agency that maintains public safety regardless of what laws we use. We can only use what’s accessible to us. And this community in its wisdom over the years, has chosen this system, and that’s the system we fall under. It’s complicated because there’s a lot of traditional people, and people think different stuff, but at the end of the day, you have to have some sort of a mechanism to maintain public safety in the community. And until such time as something else this is what we’ve done.”

“Our plan is this week, in the next three days, we’re going to be having conversations with everyone. I’m going to ask that you take your sign down and not sell marijuana. I hope you understand that number one, I have a job to do. And number two, it’s illegal. And number three, we’re doing this because we feel it’s the right way to do it.”

“Shut your doors down. Let’s try and deal with this a different way. We can’t allow this until there is a mechanism in place to do with it. If people don’t shut their doors down, they will be subject to warrants and being charged.”