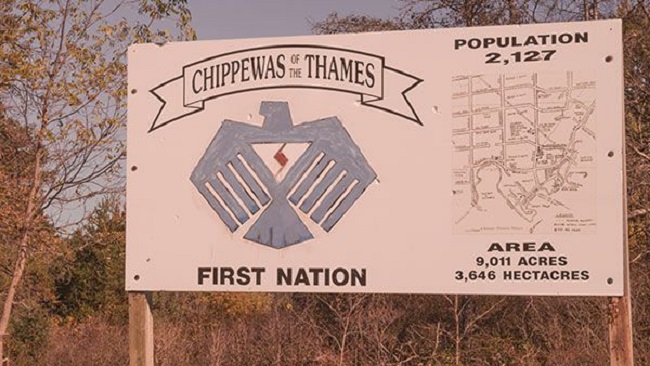 The purchase of 21% of Sensi Brands Inc. will be a “long-term partnership for positive impact in the COTTFN community,” according to information published on the community’s Facebook page.

The investment is being made by the community’s Development Corp. (CTDC) with money raised from a loan for the full amount from a major Canadian bank, and guaranteed by the Band Council. The Nation will have a seat on the company’s board of directors, giving the CTDC “on-going insight into the business operations and the opportunity to influence company strategy, operations, and continued opportunities for the Chippewas of the Thames First Nation community,” the announcement reads.

An ad inviting members to apply for two positions as cultivation, sanitation, and processing technicians with Sensi is included with the announcement as well. The workers will be hired through the Development Corporation and will learn to “perform all tasks in the cannabis cultivation process”, according to the job posting.

The money will be “a sound investment into a strong business model and management team who are highly experienced in the cannabis industry,” in the words of the CTDC’s post.

“We are proud to have this opportunity to work together with the CTDC to provide sustainable, long-term growth and to provide a platform into the cannabis industry,” says Sensi CEO Tony Giorgi, quoted in the Facebook post.

Sensi purchased the operations of licensed cannabis grower MMG in St. Thomas, and the medical marijuana clinic MMC, in Aurora, Ont., last January, and launched operations in July, according to the company’s website.

The COTTFN previously invested in the Manitoba retail cannabis market as a shareholder in the Garden Variety company in 2018, along with the Fisher River Cree Nation in Manitoba and other investors. Garden Variety is partnered with the successful Colorado cannabis retailer, Native Roots, according to the Nation’s 2018-19 annual report.

In Oct. 2018, at the time of cannabis legalization, COTTFN banned the Ontario Cannabis Store from selling on community lands, and then Chief Myeengun Henry said he wanted “an agreement with Ontario that results in the province stepping away from assertions of jurisdiction on our territory. It is our place and our responsibility to regulate how businesses, including cannabis, are carried out on this reserve, and not the province.”

Since then, COTTFN’s cannabis technical team was created to do background research to inform Chief and Council, and consult the community with several models for a possible Cannabis Control Law. The team was scheduled to seek community input in late 2019, according to the 2018-19 annual report.